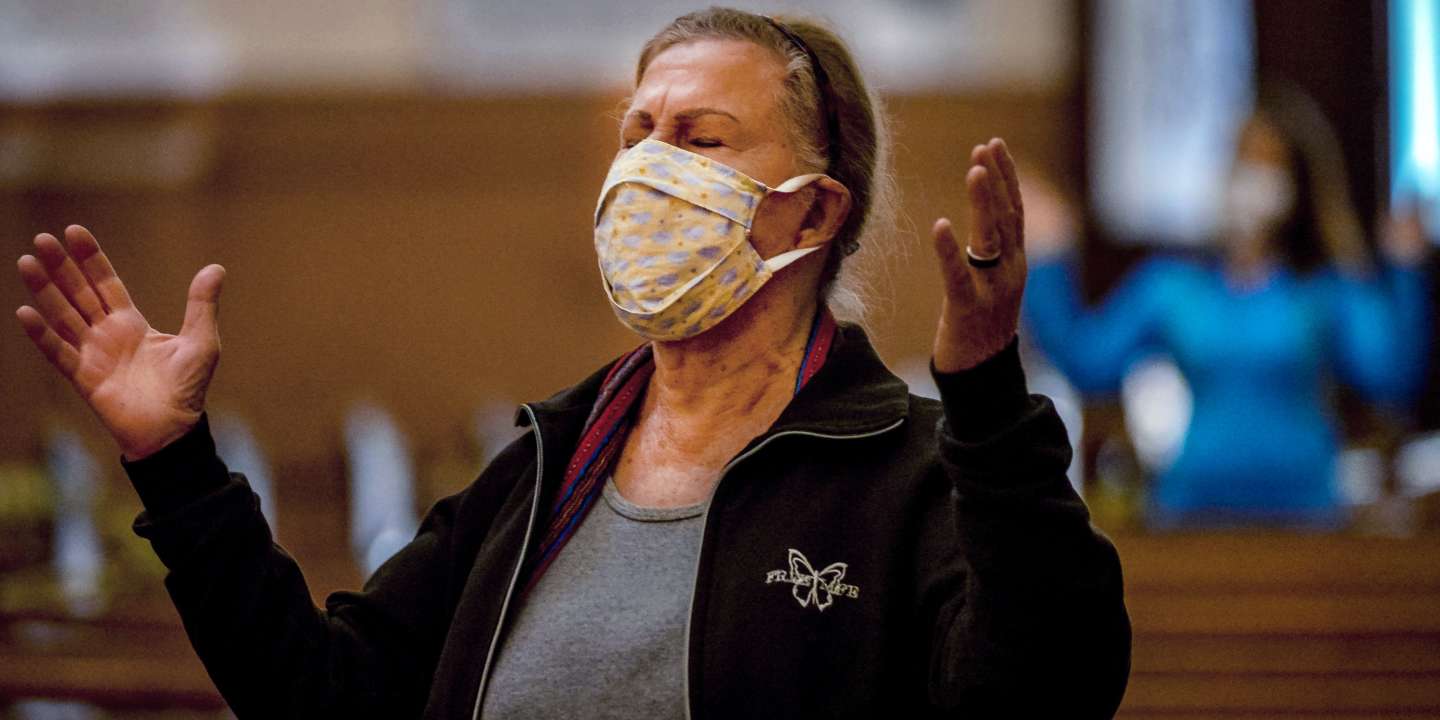 More than six million cases of Covid-19 contaminations have been officially recorded worldwide, as of Saturday May 30, two-thirds of them in Europe and the United States.

The pandemic has killed at least 366,848 people worldwide, almost half (177,595) on the European continent, where around two million people affected by Covid-19 have been identified.

The United States, which, according to Johns Hopkins University, records 960 new deaths in one day, remains largely the country most affected by the epidemic. According to the latest Agence France-Presse (AFP) count on Saturday, the countries most affected in terms of mortality are:

Article reserved for our subscribers Read also Gaspard Estrada: “In a decade, Brazil has gone from dream to dystopia”

Latin America is now the fastest growing virus in the world, with some 45,000 additional infections in the past 24 hours – half of them in Brazil – for a total of nearly one million of which 50,000 have been fatal.

Every day, the Brazil has made dramatic progress in the global death toll from Covid-19. Country of 210 million inhabitants, the South American giant has registered 956 additional deaths in 24 hours and became, on Saturday, the fourth country with the most deaths, with 28,834 deaths, according to the ministry of health, ahead France, having passed Spain the day before.

Experts in Brazil estimate that the number of infections could be up to 15 times higher than indicated by official figures, given that the country does not perform mass tests and is lagging behind in their treatment.

Article reserved for our subscribers Read also Brazil, the new epicenter of Covid-19

The Peru, the second most affected country in Latin America, passed the 155,000 confirmed case mark on Saturday after recording a record 7,386 new cases daily on the 76th day of confinement. The death toll is now 4,371 in the country of 33 million people, an increase of 141 in 24 hours.

US President Donald Trump announced on Saturday that he will postpone the G7 summit in June in the United States and that he plans to invite other countries to join the meeting.

“I don’t feel like the G7 is a good representation of what’s going on in the world. It’s a very old group of countries. ”Trump told reporters on Air Force One, adding that he would like to invite Russia, South Korea, Australia and India to join an enlarged summit in the fall. It could happen in September, either before or after the United Nations General Assembly, Trump said.

G7 leaders, chaired this year by the United States, were scheduled to meet by videoconference in late June due to the coronavirus epidemic. Trump, however, said last week that he could organize this big rally, “Mainly at the White House” but also potentially in part in the presidential residence of Camp David, on the outskirts of Washington.

Angela Merkel’s spokesperson announced on Friday that the German chancellor would not attend the G7 summit in person. On Saturday, the Elysée Palace announced that Emmanuel Macron declared himself “Available” to go to the top of everything while wishing in this case “The presence of all”.

The President of the European Commission, Ursula von der Leyen, and the Head of EU diplomacy, Josep Borrell, have “Urged” Washington “To reconsider their decision”. to break with the World Health Organization (WHO), calling for solidarity in the face of the advancement of Covid-19.

Friday, US President Donald Trump had followed through on his threat, accusing WHO of complacency with China, where the virus appeared in December. Washington’s break with the World Health Organization constitutes “A serious setback for global health”, the German Minister of Health, Jens Spahn, judged on Saturday.

As the health situation in Europe improves, the restrictions imposed continue to be lifted. TheItaly reopened to the public on Saturday the Tower of Pisa. The famous Colosseum in Roma will reopen to the public on June 1. Visitors should wear a mask and their temperature will be taken before entering the monument.

In Ukraine, shopping centers are once again accessible in the capital Kiev.

In Austria, a Formula 1 Grand Prix may take place in Spielberg (center) in July.

The Greece will authorize flights from more European Union countries, including France, from June 15.

TheSpain could also allow the return of German, French or Scandinavian tourists from the second half of June as part of a pilot project in the Balearic and Canary archipelagos.

In North Macedonia, President Stevo Pendarovski extended the state of emergency by two weeks on Saturday after an increase in the death toll and new cases.

At United Kingdom, many experts and members of the opposition tried on Saturday “Premature” the government’s decision to move to the next phase of deconfinement on Monday, the Covid-19 continuing to crack down.

The Mosque Esplanade in Jerusalem, the third holiest site in Islam, reopened on Sunday morning after more than two months of closure due to the pandemic.

In Asia,India announced on Saturday a relaxation of the containment: from June 8, religious buildings, hotels, restaurants and shopping centers will be able to reopen, despite a new daily record of contamination in this country (175,000 cases in total including 5,000 fatalities) .

Conversely, in Bolivia, four of the country’s nine regions, including Santa Cruz de la Sierra, the most affected, announced on Saturday that they will extend containment measures, contrary to central government decisions to revive the economy.

Article reserved for our subscribers Read also “L’Eco di Bergamo”, the newspaper which chronicled a martyr city during the pandemic in Italy