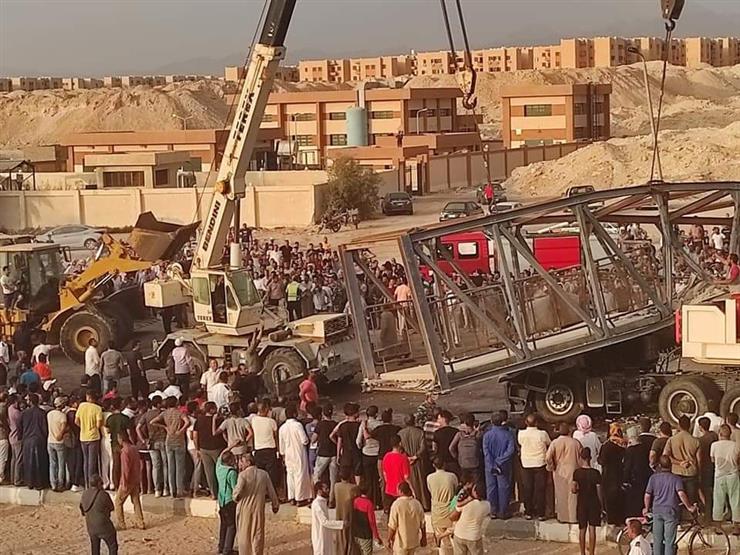 The number of victims of the collapse of a pedestrian bridge located in Al-Zahraa neighborhood in the city of Tor Sinai in South Sinai has risen to 3, while only one injury was recorded.

Major General Sherif Raouf, Director of South Sinai Security, had received a notification that a pedestrian bridge had fallen into the Al-Zahraa neighborhood on the trell command cabin No. (1259 TJL), which was carrying a loader on its way to recover the victims of the drowning accident of workers in a well in the village of Al-Wadi in the city.

The inspection showed that while the transport vehicle was passing under the pedestrian bridge, the loader crane collided with the bridge, causing a large part of the bridge to fall on the driver’s cabin.

The accident resulted in the death of 3 drivers: Badr Muhammad Ibrahim (the death of the scene of the accident), Amir Abdul Azim Al-Sayed, and Imad Hamdi Zidan, after they were taken to Al-Tur Hospital, and Ayman Shukri Ismail, with a broken left foot.

Wafaa Amer Muhammad, 45, was transferred after she fainted while she was at the scene of the accident, where the effects of the accident were completed, and traffic was restored on the road.