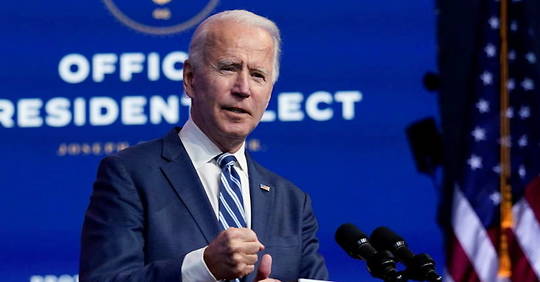 Of the congratulatory gifts received by Joe Biden since his victory, that of the Occitania region will surely be one of the most exotic. A pesto soup, a piece of aligot, Camargue salt and, above all, a cassoulet. As reported by 20 Minutes, the region sent this Friday a basket filled with several wonders of the south of France straight to the United States for the president-elect, not without having an idea in mind.

Because these delicate dishes will of course be accompanied by a letter which, in addition to the rigorous congratulations, develops a whole argument in favor of French regional products so that the future tenant of the White House thinks of revising the surcharges decided by Donald Trump. on some of them. 20 Minutes recalls that, already, his predecessor at the head of the region, Martin Malvy, had sent Barack Obama a whole wheel of Roquefort.

Read also The Francophilia of Biden, mirror to the larks?

“You know, your predecessor placed various European economic sectors in difficulty by unfair taxes, writes Carole Delga, making it difficult for American consumers to access certain products. Many are from my region. I am thinking in particular of the wines – which Thomas Jefferson, then ambassador to France in the 18th century, was already particularly fond of – and our cheeses ”. Thus, the president of the Occitanie region calls for the reestablishment of “healthy trade relations in the perspective of a global balance concerned with natural resources, the climate and the well-being of our fellow citizens”.