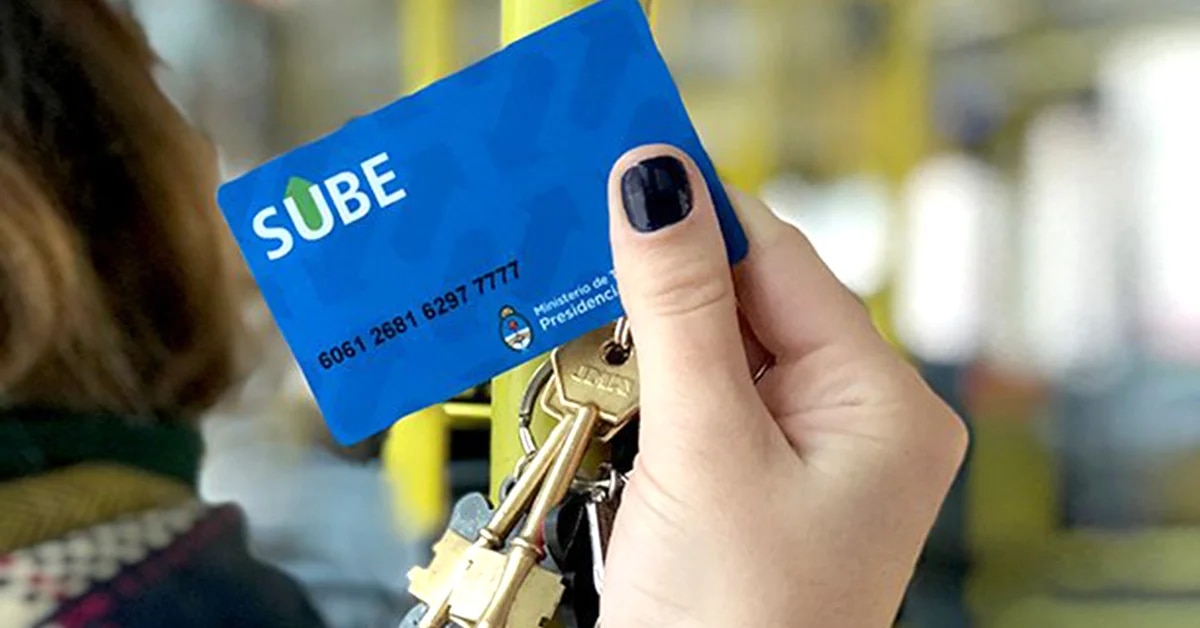 The SUBE card, an essential element for everyone who lives in the AMBA. (@CardSUBEok)

The UP card it became an essential element to move both in the City of Buenos Aires and in the entire metropolitan area that it makes up and some 40 locations throughout the country.

Traveling by bus is impossible without itsince the drivers no longer sell tickets in the units, and in both trains and subways it is possible to dispense with the SUBE as long as there is a worker on duty at the window when needed.

More than once it is heard at the bus stops, or when getting on the unit, that someone in the queue offers cash in exchange for another passenger buying the ticket with his SUBE card. As in certain areas and at certain times, it can be very difficult to find a cargo terminal where you can put money.

A man pays a bus ticket with his SUBE

Not having a SUBE can be a real headache, and today finding them can be even more complicated. Posters indicating that there are no cards proliferate in different kiosks and lotteries in the City that used to sell plastics, and merchants indicate that cards have been missing for weeks, in some cases even months.

According to this media found out, the pandemic stopped the distribution of the cards in its tracks. While the Argentines were locked up in their homes, the demand for the SUBE dropped drastically, which caused many businesses to unsubscribe from the system. Marketing the SUBE has a cost for the merchants and a very low profit margin, many preferred to step aside.

There was a peak in demand, because luckily the peak level of pre-pandemic public transport was resumed. (Marcelo Torres)

Marie Fages Brugirouxa French exchange student who arrived in the country two months ago, reported that visited more than 10 kiosks and about 5 subway stations looking for the SUBE until, already exhausted and hopeless, he found it in a small kiosk next to his college.

The Literature student who is doing a semester at USAL (University of Salvador), told in dialogue with Infobae It was a very stressful week until he was able to get his card. “But now I have two, because they gave me one at the Foreign student kit”, he detailed.

This kit is delivered by the Government of the City of Buenos Aires and includes, in addition to recommendations and special accommodation rates, a SIM mobile phone card and discounts on Spanish courses, the much-needed SUBE card.

The demand for cards suddenly increased with the return of face-to-face sessions in 2022. (Télam)

But Argentines who need a SUBE card, whether they are students from the interior who settle in the big city or simply people from the AMBA, should know that the easiest points to find them are the Retiro, Once and Constitución train stations, they can also look for them in lotteries and neighborhood kiosks but it is possible that in those shops it will be more difficult. Where there can also be, since its sale was prioritized there, it is in the large chains of kiosks.

The new peak in demand for SUBE cards that produced the return to face-to-face attendance this year, generated a lack of supplies for the manufacture of the cards and their production was not enough. As she recognized Marcelo Torresundersecretary of Strategic Projects and Technological Development of the Ministry of Transportation of the Nation, in an interview with FM Urbana Play last March.

“There was a peak in demand, because luckily the pre-pandemic public transport level peak was resumed”said the official, and also detailed that during 2021 about 4 million SUBE were sold plus another 550,000 that were sold between last January and March.

The Government made access to foreign currency more flexible for oil companies
Paolo Rocca supported the relaxation of the stocks for energy investments, but asked for “trust and stability”
Among the least valuable in the world: the $1,000 bill with the image of Saint Martin buys less than 5 dollars

Glencore, accused of corruption, will plead guilty in the UK