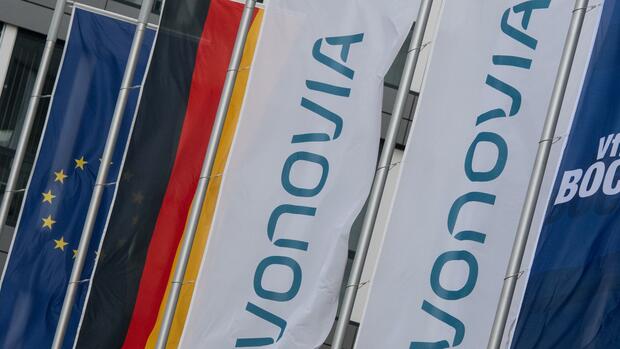 Vonovia fails with the takeover of Deutsche Wohnen

Frankfurt The largest German housing group Vonovia finally failed with the second attempt to take over the competitor Deutsche Wohnen. Vonovia announced on Monday that the acceptance rate was 47.62 percent. The necessary majority of the shares in Deutsche Wohnen, which was a condition for the offer, was thus missed.

Already on Friday it became clear that Vonovia would miss the 50 percent mark in Deutsche Wohnen shares. The two real estate companies agreed on a merger at the end of May after a previously failed takeover attempt.

A closing condition for the takeover was “finally failed”, according to a statement on Monday. The submitted Deutsche Wohnen shares would be booked back. At the latest in five banking days, investors could have the offered paper again, it said.

The end of the takeover burdened Vonovia’s shares on Monday. The papers lost about two percent in the morning. In contrast, shares in Deutscher Wohnen rose 1.2 percent to EUR 51.74.

The merger would have created by far the largest real estate group in Europe. Vonovia and Deutsche Wohnen are number one and two in the industry in Germany and are both listed in the leading index Dax. If the 18 billion euro takeover had been successful, it would have created a real estate company with well over half a million apartments. The Federal Cartel Office had already approved the project.

How things will continue is uncertain: Vonovia is keeping several options open, including selling its own Deutsche Wohnen shares, acquiring additional shares or making a new offer to shareholders. The concession given in the event of a successful takeover to limit rent increases in Berlin and to sell apartments to the state of Berlin is upheld by the two groups, as Vonovia boss Rolf said in an interview with the Handelsblatt at the weekend.

Buch explained the failure with the shareholder structure of Deutsche Wohnen: For example, index funds that replicate the Dax share index have not yet been able to transfer their shares. These made up about 20 percent. The remaining 30 percent of the shares were accounted for by hedge funds, which had hoped for a higher offer. “The market participants are aware that they have to heave the deal over the threshold in order for it to continue. But everyone wants to contribute as little as possible in the hope that they will get more for the shares that have not been tendered. Apparently someone miscalculated. “

In the opinion of the group leader, the increasing involvement of index or real estate funds makes such projects more difficult. The more “passive” money is distributed among the shareholders, the more difficult it becomes. “The discussion as to whether this is increasingly becoming a hurdle for big deals is definitely worth it,” said Buch. Because the index funds could not do anything, the project failed because of the hedge funds.

More: The merger between Vonovia and Deutscher Wohnen is about to end – what that means for tenants and investors.