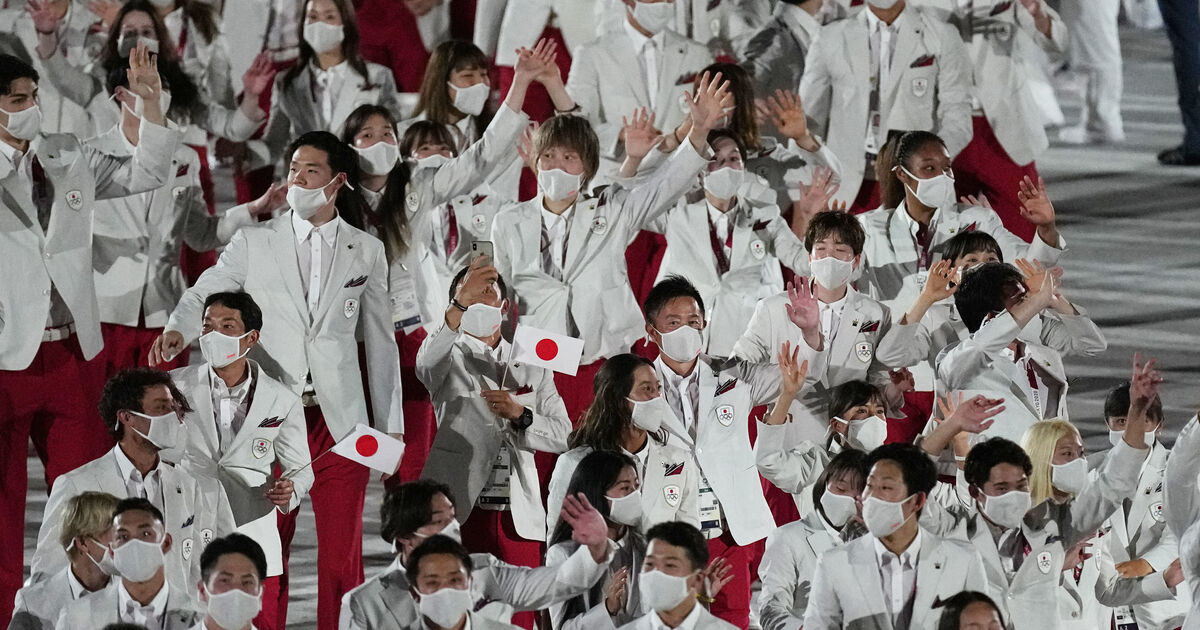 Despite Japanese criticism of hosting the Olympics in their country, more than 56% of Tokyoites watched the opening ceremony, according to a poll released on Monday.

A I love you me neither sporty? The 2021 edition of the Olympic Games, organized in the Japanese capital, does not thrill the Japanese. Infrastructures considered too expensive, covid limiting access to spectators, feeling for the inhabitants of being relegated behind the sporting event… The reasons for the dispute are diverse. Yet, according to a poll released on Monday, more than 56% of households in Greater Tokyo watched the opening ceremony of the Games live on television on Friday night. This is the second largest audience for an Olympic opening ceremony, after that of the previous Olympic Games held in Tokyo in 1964. On Friday, only 950 handpicked people attended the ceremony in the new Olympic stadium in Tokyo, yet designed for welcome 68,000 spectators.

The 2021 Olympic Games, covid oblige, take place almost exclusively behind closed doors. A blow for the Japanese, deprived of the atmosphere of the stands, forced to attend the victories of their athletes behind a television screen. Polls carried out in recent months had all shown broad opposition from the Japanese population to these Games. Many fear an increase in cases of covid because of the event. However, the opening ceremony, during which the Japanese tennis star Naomi Osaka lit the Olympic cauldron, was popular with the Japanese, according to the audience survey, carried out among 27,000 households. An opening ceremony marked by the musical themes of “Sonic”, “Final Fantasy” or “Dragon Quest”, video games popular in Japan.

A sign of this particular enthusiasm for these home Olympics, the audience figures for Friday’s opening ceremony greatly exceed those of the last Olympics. By comparison, 23.6% of Tokyoites had watched that of Rio in 2016 and 24.9% that of London in 2012. In 1964, the Games organized in Japan were intended to symbolize the rebirth of a country still marked by the Second. world War. An event popular with the Japanese: more than 61% of them had then followed the climb of the Olympic steps of the athlete Yoshinori Sakai, brandishing the Olympic flame during the opening ceremony.