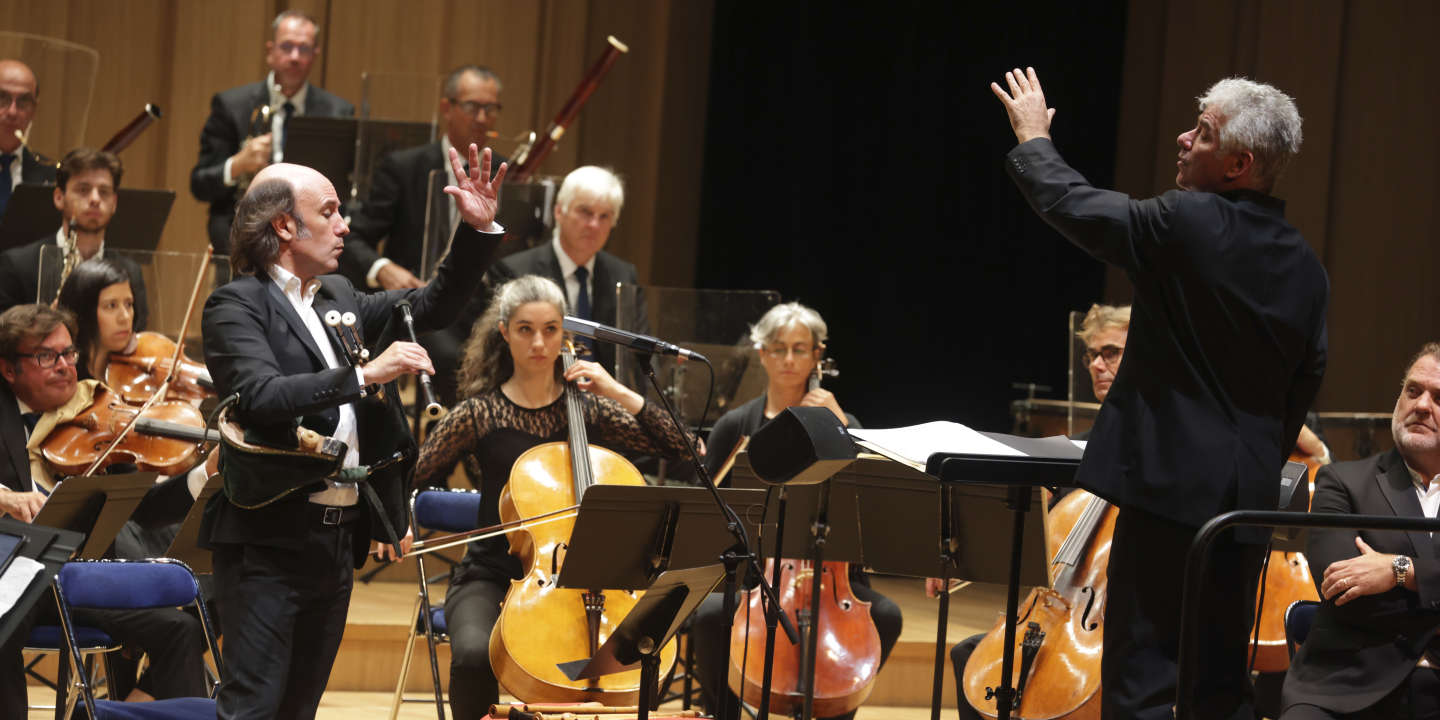 “Celtic Beethoven”: the large luminous inscription displayed on the tower of the Couvent des Jacobins in Rennes is intriguing. A cultural appropriation of the great German composer? In this city where the names of the streets are doubled in Breton, the question of identity is not subsidiary. Response in the room, once installed the crowd which presses in front of the auditorium on this Thursday (September 16) of the return of the National Orchestra of Brittany: a reassuring crowd for its musical director since 2015, the Welsh conductor, Grant Llewellyn , worried about the goodwill of his audience.

The poster has something to dislodge the most phlegmatic of music lovers – as well as the most demanding. The program calls for, around the central pole of the Seventh symphony, an unrecognized Beethoven. That of Scottish, Irish and Welsh songs, more than two hundred Celtic folk melodies arranged for one or two voices and string trio with piano by the German composer who was passionate about the poems of Ossian, Scottish bard of the IIIe century brought up to date by nascent romanticism. To serve this rare repertoire, two stars in their categories. In the lyrical field, the famous bass-baritone Bryn Terfel, on the side of the world music, the amazing virtuoso flutist and Galician bagpipe player Carlos Nuñez.

The Rennes phalanx settled on the plateau while Grant Llewellyn climbed onto the podium. The chief was recently struck by a stroke which left him with a stiff leg on his right side and an immobile arm. But it is with redoubled energy and intact faith that he takes his musicians on board, opening with a confident left hand, the “Poco sostenuto – Vivace” of the Seventh. The somewhat dry acoustics of the room and the anti-Covid distancing of the instrumentalists do not plead in favor of homogeneity, and one must get used to following the score of the trumpets, notably solicited in a “magnifying glass” auditory way. Final ”with martial accents. A pitfall that the commitment, cohesion and precision of the musicians will partly help to overcome.

Like the patchwork concerts of the XIXe century, the four movements of the symphony spelled out during the concert are skilfully resonated with a creation by the composer Benoît Menut (born in Brest in 1977), Tribute, four pieces for orchestra in the form of a Beethovenian gloss, judiciously conceived from reminiscences and collages, which alternate with the voice (whether sung or “blown”). The keynote address by the general administrator of the Orchester National de Bretagne, Marc Feldman, drew the audience’s attention to the openness that the listener brings to the listener by comparing this melodic corpus with the conductor. symphonic work that Beethoven was writing at the same time. The last “Save Me From the Grave and Wise” includes moreover almost verbatim one of the reasons for the “Finale” of the Symphony No.7.

You have 34.21% of this article to read. The rest is for subscribers only.