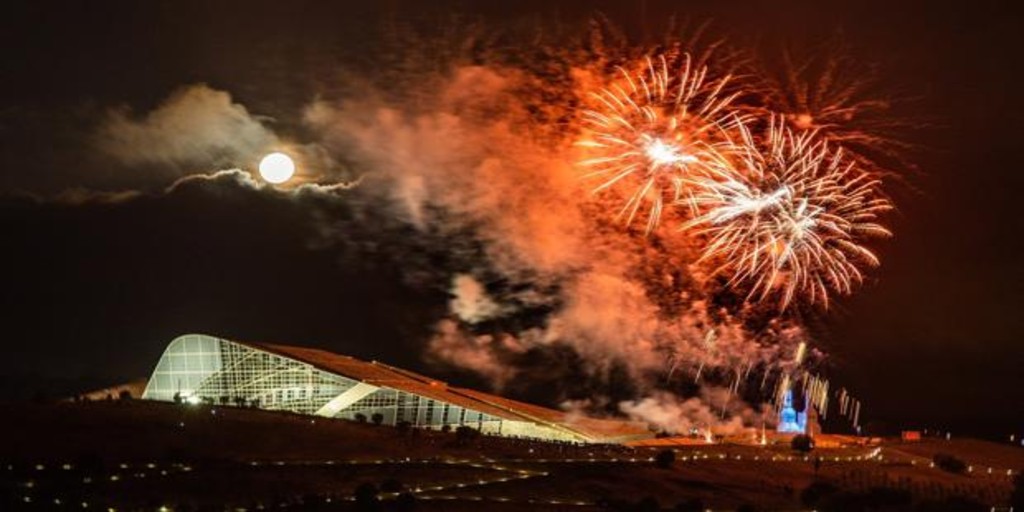 The night of July 24 to 25 is the time of the fireworks that mark the celebration of the Apostle, which on this occasion coincides with Sunday, gives 2021 the status of Xacobeo. For the second consecutive year, the pyrotechnics leaves the Plaza del Obradoiro and is distributed in five different points from the city, to avoid crowds: the Alameda, Restollal, the Charlemagne park, the As Cancelas shopping center and the Cidade da Cultura.

While the sky fills with lights and the fireworks of ‘los fires’ reverberate in the atmosphere, at the foot of the street, other firecrackers explode: a rumor of pilgrimage, summer and terraces that turns the city into a hive, long before the midnight. With or without fifth wave, pilgrims and tourists they meet in the streets of Santiago and drip into Obradoiro, where a regional television set maintains a transmission like a nostalgic gesture of when they did turn on from the facade of the cathedral.

There are two hours until the ninth eve of the Apostle and the Cathedral is already full. Single 220 people (half of the capacity) can participate in the last Eucharist that precedes the celebration of the Saint. Of course: they must have an assigned seat on the temple benches. Many try to ignore the matter by sitting at the foot of a column or on the ground, but they will have to leave: they have already notified it on the public address system on six different occasions, or rather, seven, because a new one has taken place before the point end of paragraph.

Those who have arrived at the Cathedral two hours in advance to reserve their place wait seated on the stools that they have managed to conquer and from those who do not separate for a minute. To save time, they sleep with a loose jaw, read, check their phone or spend the minutes staring at the vaults. Some stragglers wait on their knees, with the intention that the penitent spirit exempts them from leaving the place by force.

Galicia is not Spain

Outside, in the Plaza da Quintana, there is already a commotion … and not a censer. The visit this Saturday to Santiago by the leader of the Republican Esquerra Oriol Junqueras has the Galician independentists, who go from the Plaza del Obradorio to the Cervantes demanding a ‘Galician’ sovereignty. The local police, dressed in anti-riot gear, are deployed through the streets while tourists and pilgrims continue to disembark in a city that, even in times of Covid, is once again outgrowing.

“But, tronca, weren’t the ones from independence the Catalans?” Asks one of the twelve girls of Erasmus age who drink soft wines, vermouth and cider on the terrace of the place. “Those from Galicia want independence for a long time,” answers the young waiter, halfway between his work and dating, and that fascinates the dozen teenagers. Truth be told: in Santiago there is not a free terrace and everyone goes their own way, thinking of his own holiness or doom.

At the Parador de los Reyes Católicos, visitors soak up albariño like sponges: young French people in jumpers tied around their necks and bored German couples pouring out one gin and tonic after another while holding a camera to photograph the fireworks, if at all. they resist to see them As much as from July 24 to 25 ‘la noite fascera de dia’ there is not enough party for so little mask, or yes? Be that as it may, the next round is paid by the Apostle.