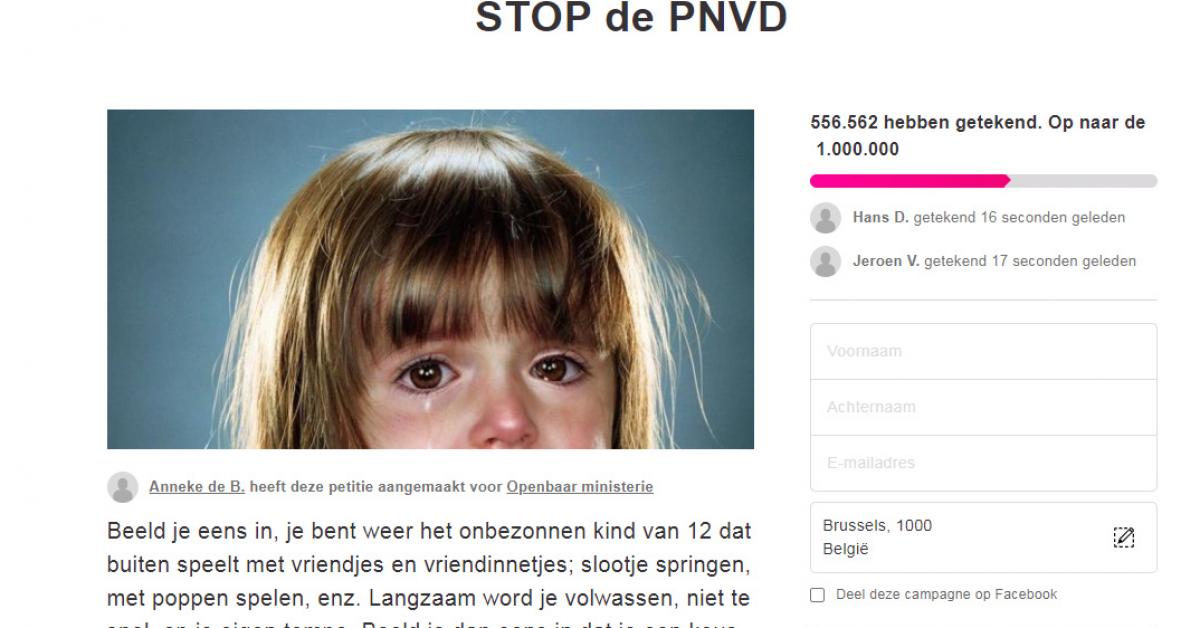 In the Netherlands, the refounding of the PNVD (Partij voor Naastenliefde, Vrijheid en Diversiteit, “Party for charity, freedom and diversity”) is going very badly. The political party wants in particular to suppress the sexual majority and to legalize the possession of child pornography.

The refounding of a political party created controversy in the Netherlands. The PNVD (Party for Charity, Freedom and Diversity), also called a “pedophile party” by the Dutch, wants in particular the abolition of the sexual majority at 16 and the legalization of the possession of child pornography. The party also wants to legalize zoophilia as well as necrophilia (if the deceased has given his consent).

The Eurosceptic and anti-immigration party, which claims to be in favor of “human liberalism”, is not at its first attempt. He had already gathered the 580 signatures needed to stand for election in 2006 and 2010. The PVND was created in 2006 by members of “Martijn”, an association defending pedophilia and which was banned in 2014.

A petition calling for the party’s ban appeared online on August 28. It already has more than 550,000 signatures. On Sunday, an anti-PNVD demonstration took place in The Hay.

Having gone through colds could mean more protection against the flu

Dollar today: how much it closed this Monday, September 7