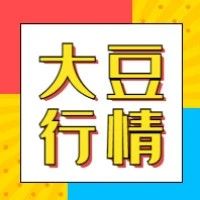 This year’s new season in the NortheastsoybeanThe harvesting has all ended, but the progress of grain sales is “shocking”. Recently, some state storages and large groups have bottomed out low prices, oil factories and protein factories have dropped prices one after another, and some processing companies have suspended acquisitions. The rising costs of automobile and railway transportation have reduced the profit margins of trading entities. Northeast soybeans are subject to frequent epidemics in the region, and the spot market is cautious in buying and selling. Domestic soybeans are “not busy in peak season”, and the market is stable and weak under the influence of multiple factors.

The high cost of soybean planting in Northeast China supports the psychological expectations of farmers. The survey results show that this year’s new season soybean land rent, agricultural materials and other planting costs have increased by about 25% year-on-year. Due to the increase in planting costs for soybean farmers, the price of soybeans was far lower than expected at the beginning of the new season beans in Northeast China, and farmers in most areas were reluctant to sell. As prices continue to drop, farmers are more cautious in selling grain. As of now, the progress of grain sales is only about 20%, which is slower than the same period in previous years. The recent “all the way down” soybean prices have not turned back, and farmers around the world have been vacillating, and the progress of grain sales is expected to accelerate, but the “pace” of purchases by trading entities has slowed down.

Traders in the production area “attacked from both sides” and followed the pace of the State Reserve to buy and sell. Trade entities are unable to increase volume when purchasing at low prices, and are lingering in raising prices to compress profits. The trade subject is restricted by the slow speed of goods delivery, and the direction of grain sales has shifted from “market” to “state reserve”. The “lively” scenes of the Northeast Bean Market are concentrated in the Inner Mongolia National Storage Depot, and there is an “endless stream” of cars in front of the door. With the completion of some state reserve acquisition tasks and news of price cuts, market pessimism has resumed.

The frequency of state reserve auctions has increased, and the supply side has been boosted. In November, 393,498 tons were planned to be put on the market, and the actual turnover was 39,201 tons, with a turnover rate of 9.96%. State reserve and land reserve, one-way and two-way auctions “go hand in hand”. State reserve auctions and acquisitions are in parallel, and the single auction warehouse is equivalent to the collection and storage warehouse, or it is intended to be a new Dou Teng warehouse. However, the weak terminal demand limits the willingness of trade entities in production areas to participate in the auction.

The delivery of terminal products is not smooth, and the profit of domestic soybean crushing has dropped. On November 18, the central grain reserve directly under the warehouse in Dalian purchased 21,184 tons of new season beans in 2022, all of which were sold. The base purchase price was 6,030 yuan/ton, and the transaction price was 5,990 yuan/ton. In November, as the processing enterprises started to operate one after another, the bean source trading of the oil bean category in the market became more and more active. However, as the delivery speed of end products slowed down, the profits of domestic bean crushing declined, and the purchase prices of processing companies fell, confirming their low psychological expectations. Soy product processing enterprises have lowered their prices one after another. The purchase price of protein factories has been reduced by 80-100 yuan/ton, the purchase price of some oil companies in Heilongjiang has been reduced by about 50 yuan/ton, and some processing enterprises have stopped.

The market in the sales area is full of beautiful things, and dealers “optimize and make up slowly”. Distributors order by sales, and the terminal market demand is general. The imported beans of the new season have arrived in Hong Kong one after another, and the prices and quality standards of Northeast beans have been “eclipsed” by comparison. The Northeast bean source has increased, and the superimposed epidemic has restricted consumption. Under the double pressure, the pessimistic path of Northeast beans is difficult to turn.

According to comprehensive analysis, Northeast soybeans are running weakly, and the market is pessimistic, which keeps lowering the psychological expectations of farmers. Regional outbreaks of the epidemic in various parts of the production area have limited the circulation speed of new green beans. State reserve acquisitions stabilize the market, but capacity is limited. Under the background of “increasing supply” of Northeast beans, “expanding demand” is still the top priority in the future. The domestic soybean spot market is filled with “air”, and the market is waiting for “a ray of sunshine”.

Opening a futures account on a large cooperative platform with Sina is safe, fast and guaranteed

Massive information, accurate interpretation, all in the Sina Finance APP

Meteorologists forecast severe weather this week in the US.