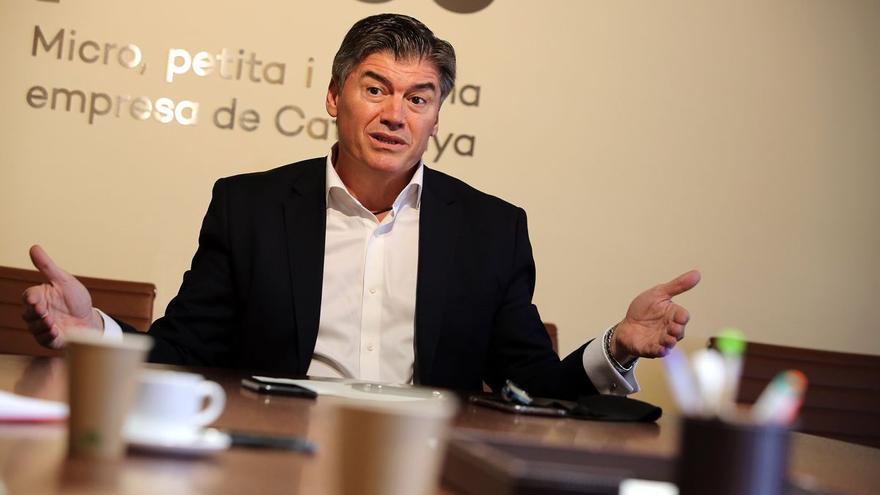 According to the president of the PMcM, Antoni Cañete, given the current context of the pandemic, “SMEs and the self-employed urgently need an injection of liquidity at no cost (half a million companies are at risk of bankruptcy, mainly due to late payments from both the public and private sectors) ”. And at the same time he wonders “why many SMEs had to ask loans to ICO and getting into debt putting their continuity in danger, while some of the listed companies continue to breach the payment law ”.

If European funds for defaulters

In his opinion, “the most sensible thing and that does not involve any extra disbursement is to get them to collect on time.” For this they propose that the European funds ‘Next Generation EU’ “be granted only to non-delinquent companies and that the sanctioning regime that would fine defaulting companies and that he has been standing in Congress for nine months. “This sanctioning regime, for whose regulation there was a commitment from the parliament, is considered a fundamental tool to enforce the legal payment deadlines.

The Platform also considers that administrations and the main contractors of public tenders “They should set an example by paying on time, especially now that we cannot allow ourselves to be fined by the European Commission for not complying with the law. We have just over a month to achieve this.” Brussels has already issued an ultimatum to Spain for the late payment of public administrations.

The main sectors of activity of listed companies (Ibex and the rest of the continuous market) show a general worsening in the average payment terms, continuing their settlement times outside the limits established by law. In 2020, the average payment term of non-financial listed companies was 200 days, which has meant an increase of 8% over 2019, which was 186. The sector that increased its settlement time the most was Energy, with 26%, followed by Industry with 8%, while construction and real estate decreased by -2%, and in the commerce and services sector by -6%.

The data analyzed reveal that the commerce and services sector is the one that registers the longest delay in the settlement of its invoices. Their average payment terms reached 294 days in 2020 (and in the same period of the year prior to 312). The commerce and services sector is followed by construction and real estate, with 275 days (5 less than in 2019); industry, with 178 (13 days more than the previous year); and energy, with 121 (25 more days).

These supplier payment figures contrast with the corresponding to the charges that these same companies carry out to their respective clients. In the case of non-financial IBEX companies are at 61 days, 3% higher if compared with the collection terms of the same period of 2019 (59 days). By sectors of the listed companies (selective and the rest of the continuous market), construction and real estate repeats as an economic field that presents longer collection periods In 2020, companies in this field collected their invoices in 99. days, one less than in 2019 (-1%). The average collection period for companies in the Ibex energy sector reached 60 days, followed by commerce and services (59 days) and industry (54 days).

According to the analysis of the PMcM based on data from the National Securities Market Commission (CNMV), the selective companies had in their portfolio some 58,427 million euros, exceeding 60 legal days. If the aggregate data of the rest of the continuous market is also taken into account, the amount of the invoices in the portfolio above the deadlines established by law is of 81,786 million euros. Cañete, who is also president of Pimec, insists on the need to end the practice of many large companies financing themselves at the expense of their suppliers.