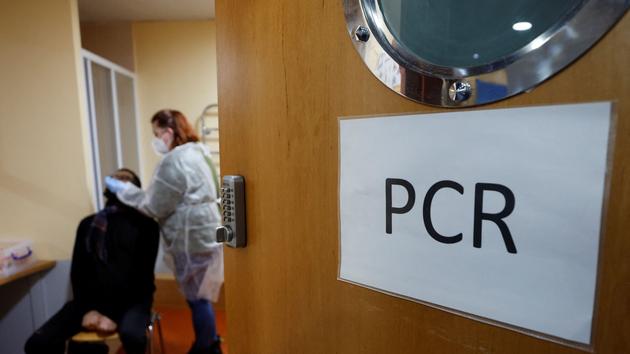 January 17 marked a record number of contaminations detected. However, several indicators point to a way out of the crisis.

The virus is still actively circulating in the country, since every day more than 300,000 people (on average over the last seven days) are tested positive. January 17 marked a record, with 525,527 contaminations detected. However, behind this level of stratospheric contamination, several indicators suggest a way out of the crisis. In an opinion published yesterday, the Scientific Council is even considering “The beginning of the end” for the months of March or April – while warning about the coming week, which could be very difficult in hospitals.

Read alsoCovid-19: have 60,000 scientists called for “an end to mass vaccination”?

The government has chosen to relax its restrictions from the beginning of February, thanks to the application of the vaccination pass but also to a new epidemic situation with the advance of the Omicron variant. Indeed, despite the continuous increase in the number of cases, the pressure is a little less strong every day on the intensive care units. There were nearly 350 daily admissions on January 11, compared to less than 290 ten days later. According to data published by the Department of Research, Studies, Evaluation and Statistics (Drees), 54% of admissions to critical care between January 10 and 16 were linked to the Omicron variant, while over the same period the variant was identified in 95% of the positive tests. The situation should therefore improve with the decline of Delta.

Reduction of lengths of stay

As for hospitalizations, they are still on the rise, but less markedly. The French public health agency further notes “an increase in the number of patients with Sars-CoV-2 admitted to hospital for a reason other than Covid-19”. Between January 10 and 16, out of 13,787 patients hospitalized with a positive test, more than 3,500 were treated for a reason other than Covid. The number of patients hospitalized for Covid (and not with) fell by 7% in one week, while the total increased by 25% compared to the previous week. The number of serious forms linked to the disease is therefore rather decreasing. In addition, the reduction in length of stay with Omicron contributes to relieving hospitals.

However, since the beginning of the week, there has been a worrying change in the dynamics of the incidence rate. While this marked a plateau, it started to rise again on Tuesday, reaching record levels of contamination. Experts still do not know the origin of this rebound. Should we see an impact of the sub-variant of Omicron called BA.2? Or is it a simple bias linked to a drop in the number of tests carried out in the second week of January? The Scientific Council leans on its side for a staggered effect of the start of the school year in early January.

Anyway, it is still too early to know if this increase will be reflected in hospitals. Reason for hope, however, the incidence continues to decline in Île-de-France, which is also the first region to have entered the Omicron wave. This scenario is reminiscent of what happened in the UK, where the London region entered the wave first and outstripped the rest of the country at the time of the lull.

The calamity of Ansu: between haste and bad decisions

How MMA, the former pariah sport, weaves its web in France