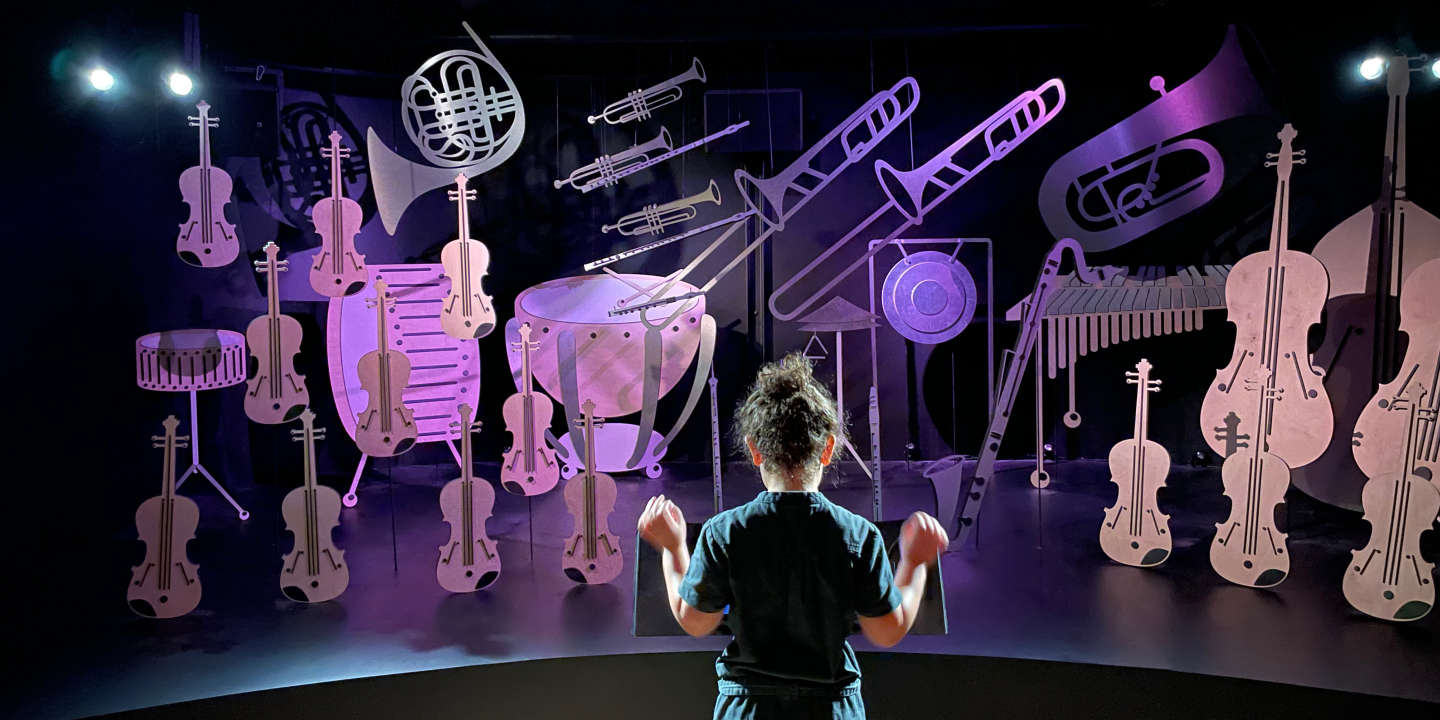 There are times when we would like to be very small and fall back to the age of first wonder. It is the immediate feeling at the entrance of the Philharmonie des enfants which opened its doors on Wednesday September 29 in Paris; 1,000 square meters, hitherto vacant, have been converted into a formidable playful and educational space intended for the discovery of music and sound. A popularization project in the image of the nearby Cité des enfants, the enchantment in addition.

The Porte de la Villette institution wanted an interactive course that allows young people from 4 to 10 years old to discover natural noises, various music and distorted sounds, by listening, manipulating and above all having fun. Launched in 2018, the project was studied and designed with more than 200 people – from luthier to choreographer to neuroscience researchers – and was inspired by the Haus der Musik (House of Music) in Vienna (Austria) but with a conception broader of what music is, encompassing everything related to sound and its perception.

Thirty-two lightly didactic installations have been devised in order to seek out children far removed from the musical world. “We have articulated the intuitive, the sensory and the magic in a system where children are first of all actors”, explains Laurent Bayle, Managing Director of the Philharmonie de Paris. The use of screens has been kept to a minimum; it is with his body that the child will learn to feel. The result, which oscillates between exhibition and experimentation, is particularly successful.

From the entrance, large green-red-blue windows, resembling bubble paste, with funny portholes decorated with characters half animals, half musical instruments designed by Brecht Evens, Special Jury Prize at the Festival of the Angoulême comic strip in 2019, set the tone. The little visitor then enters an absorbing corridor: no more noise, just silence. Hearing thus cleaned of the din of the city, he can begin his journey.

Without a mediator or guide, the child walks freely. He will first enter the “forest of sounds”, where he can rediscover everyday objects in an augmented kitchen, playing with the noises emitted by the utensils. Large sound machines, like giant instruments, playfully describe the workings of percussion or plucked or struck strings.

To analyse : When music is good … for the brain

We then go “on stage”, like a star, in a jazz room with its dressing room for artists and its jukebox. Or we sneak, behind large black curtains, into a room – a false garage simulating an underground club – to play on keyboards, electric guitar and simplified percussions in front of a dance floor. Further on, a small musical theater where each child can, thanks to the sensors recording his movements, transform himself into a conductor and trigger symphonic bursts.

You have 36.74% of this article left to read. The rest is for subscribers only.