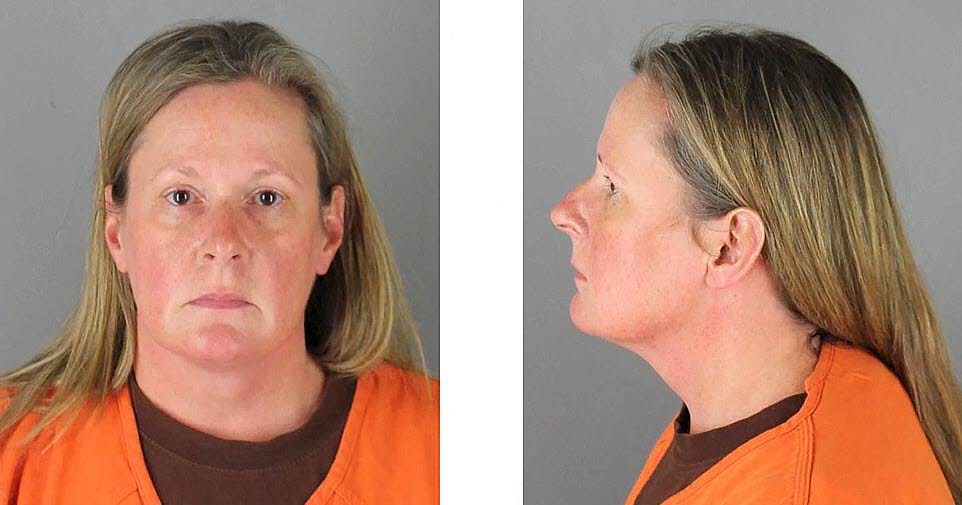 The policewoman who shot dead a young black man near Minneapolis was arrested Wednesday on charges of “manslaughter.”
This decision comes after three nights of demonstrations, peppered with violence.

The suspect, Kim Potter, a 48-year-old white woman, was taken into custody late morning and “will be transferred to Hennepin County Jail for manslaughter … later. during the day, ”the Minnesota Bureau of Criminal Investigations announced.

She opened fire on Sunday on Daunte Wright, a 20-year-old African-American, during an ordinary traffic stop in Brooklyn Center, on the outskirts of Minneapolis. She then claimed to have confused her service weapon with her electric Taser gun.

The drama has rekindled tensions in Minneapolis, where the trial of white policeman Derek Chauvin, on trial for the murder of African-American George Floyd, is currently taking place. On May 25, 2020, the agent remained kneeling for nearly ten minutes on the neck of the black forty-something, whose torture, filmed, had led to giant demonstrations around the world.

Anxious to avoid a new conflagration in Minneapolis, where several businesses and a police station had burned down at the end of May, the authorities had declared a curfew on Sunday evening and called for reinforcements from the National Guard.

Despite this device, clashes between the police and demonstrators have taken place every night since Sunday. 78 people were arrested again Tuesday evening after a tense face-to-face with the police.