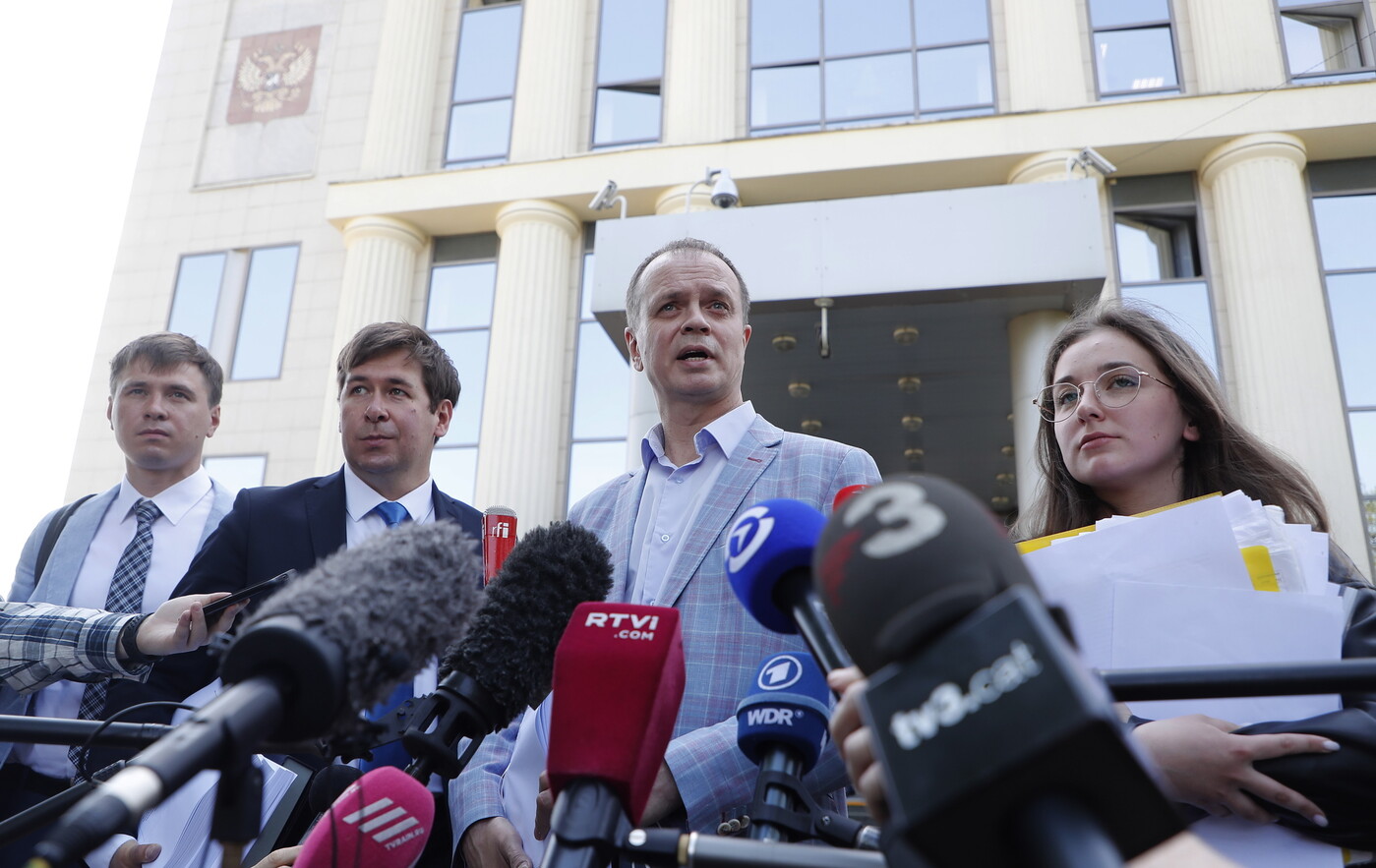 For Alexeï Navalny and his teams, it’s back to court. Six months after his return to Moscow and his arrest, the anti-Kremlin opponent appeared on Monday, June 7, from his prison by videoconference, tired and emaciated, for one of his usual court hearings. Then, after several weeks spent in the hospital of another prison after his hunger strike, he was returned to his prison about 100 kilometers from the Russian capital, where he is serving a two-year sentence. and half.

In the meantime, in the capital, his lawyers are summoned this Wednesday, June 9 for the resumption of the trial launched to qualify the organizations of Alexey Navalny as “extremists”. Enough to outlaw both the FBK, its anti-corruption fund, and its network of regional headquarters.

The previous hearing last month was cut short. Leaving the Moscow City Court, Alexey Navalny’s lawyers did not hide their exasperation. “They brought us six new volumes of documents …”, quipped during a mini improvised press conference Ivan Pavlov, one of the lawyers defending the organizations of the leader of the opposition. The lawyer, who in April was himself briefly arrested and charged with disclosing confidential information relating to one of the ongoing investigations, had a month to study these new documents, some of which were classified.

How the Kremlin neutralized Alexei Navalny

The repression against Alexeï Navalny’s teams is accelerating, with a political counterpart to these legal proceedings. Parliament thus voted in express a bill prohibiting people involved in “extremist” groups from standing in an election. Without public debate, President Vladimir Putin promulgated this law on May 4.

Over the readings and amendments, the text has been hardened: it is no longer just a question of the collaborators of the opponent but also of any person who, at one time or another, has supported him – during a demonstration street or by a simple message on social networks. In fact, this will prohibit any “extremist” – thus qualified by justice – to stand for the legislative elections of September 2021. Many were those who wanted to stand as candidates among the relatives and regional representatives of Alexeï Navalny, himself ineligible.

The opponent’s team preferred to take the lead: to protect its employees from criminal prosecution, it itself decided to dismantle its network of regional offices. This is also what the Open Russia organization of exiled oligarch and Kremlin critic Mikhail Khodorkovsky did. But, just after this self-closure, its director was suddenly arrested: Alexey Pivovarov was pulled from a plane ready to take off from St. Petersburg and taken into custody. Continued for “Participation in the activities of an undesirable NGO”, he faces up to six years in prison.

→ READ. In Russia, a week of repression between arrests and media shutdowns

Another opponent preferred to leave: Dimitrï Gudkov, a rising figure in the new generation of anti-Kremlin leaders in Moscow, announced on Sunday June 6 that he had left Russia after being warned by people close to the Kremlin that he would be arrested . Direction, Ukraine. A few days earlier, he was briefly detained on grim charges of defaulting on a loan. For the opposition, three months before the legislative elections, the political-judicial stranglehold continues to tighten.