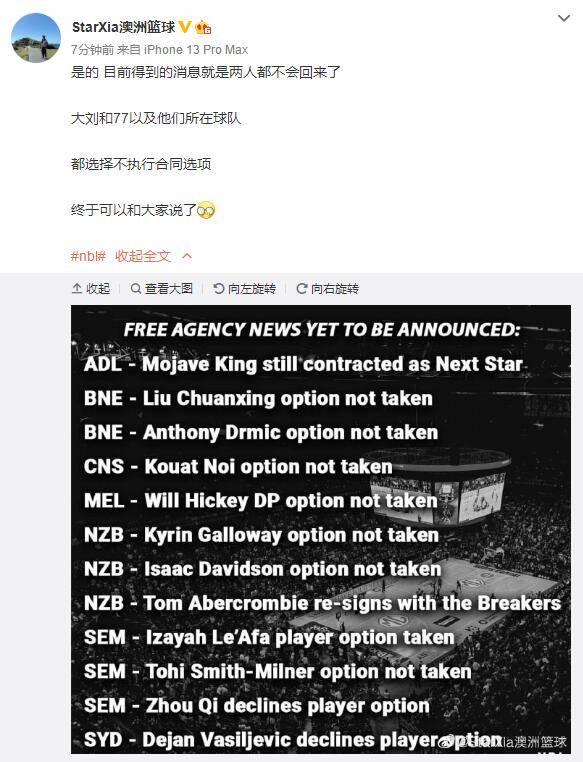 Original title: The possibility of Zhou Qi returning to the CBA is greatly increased if the NBL contract option for next season is not implemented

Beijing time on May 11, according to the blogger StarXia Australian Basketball, Chinese players Zhou Qi and Liu Chuanxing have not implemented the contract option for next season, and the possibility of the two returning to the CBA has greatly increased.

Last year, Zhou Qi directly announced his withdrawal from the CBA league in the new season when the dispute with the Xinjiang men’s basketball team failed to be resolved, and then announced that he would join the Phoenix in Southeast Melbourne to compete in the NBL. Zhou Qi signed a 1+1 contract with the Phoenix team, with a player option for the second year.

After Zhou Qi’s first NBL season, some NBA teams invited Zhou Qi to participate in the summer league, but Zhou Qi said that he would focus on the task of the national team. The implication is that he will not go to the United States to attack again this summer. NBA. But Zhou Qi also said that he will not give up the impact on the NBA, and he will still try if there is a suitable opportunity.