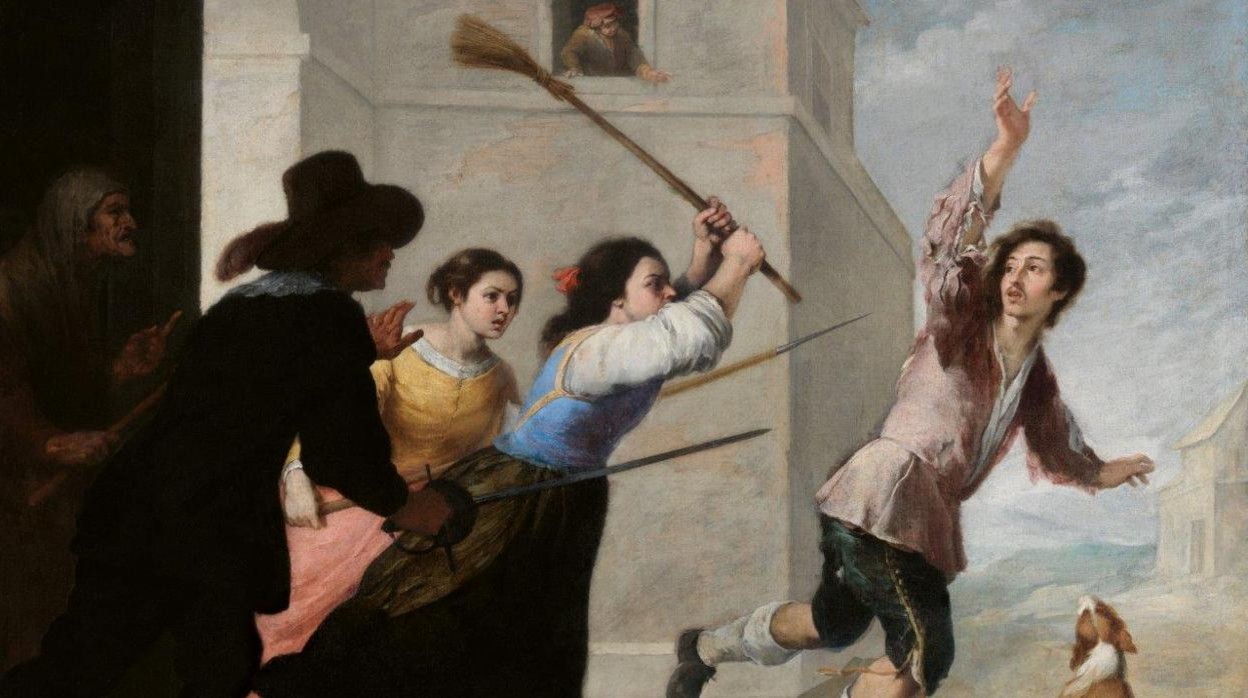 Culture in Madrid premiered yesterday the long-awaited normality with one hundred percent capacity in theaters, cinemas, museums … It will take time to see long lines in front of the Prado again. Last Saturday it was already around 5,000 visitors, although it is still slightly less than half of the prepandemic figures. The gallery takes cruising speed on its exhibition calendar. Waiting for the samples dedicated to the copy of the Mona Lisa in his collection (it seems impossible to determine whether its author is Melzi or Salai, the two great and faithful disciples of Leonardo da Vinci) and ‘Tornaviaje’ (it will settle an outstanding debt of the art gallery with Iberoamerican art), the protagonist is the Andalusian Baroque.

Room C of the Jerónimos building brings together three outstanding series by these Andalusian masters (two from Seville and one from Cordoba), who have many points in common, apart from their geographical origin: they are medium-sized narrative works, linked to taste and private collecting and intended for private spaces, such as oratorios; they all tell stories: Murillo, the parable of the prodigal son; Antonio del Castillo, the life of Joseph in Egypt; Valdes Leal, that of Saint Ambrose …

The exhibition is the result of a investigation project. Its origin, the six Murillos donated by the National Gallery of Ireland in Dublin, whose restoration was advised by the Prado. It is exhibited the prodigal son complete series, “An important and unique series by Murillo”, warns Javier Portús, head of the intellectual and curator of the exhibition. «Murillo had a great capacity for narration with extensive expressive and emotional registers (he knew how to handle emotions) and a very refined descriptive technique. Was a master of staging, of detail. He was convinced that God was in the details. For MurilloThey had a substantive value, as they provide layers of content. It is not known who was the first recipient of this series, “of great prestige and miraculously not dispersed.” It went through important Spanish private collections, such as those of José de Madrazo and José de Salamanca. Later it would be part of prominent British collections, in whose mansions it rubbed shoulders with works by Velázquez and Vermeer. The Earl of Dudley He bought five of the paintings from José de Salamanca. The sixth, “The Return of the Prodigal Son,” was a gift from Queen Elizabeth II of Spain to Pope Pius IX. After tough negotiations, the count managed to exchange it for two sought-after paintings.

Since its inauguration in 1819, four small paintings from this series have hung in the Prado. They were always thought to be preparatory sketches for the canvases, but it has been discovered that they are actually ‘memories’, reductions of compositions already finished. In addition to showing the Dublin series, it has been used to remove works from the Prado that were in warehouses and offer new historiographic perspectives.

Regarding the series of Antonio del CastilloLike the previous one, it is exhibited in its entirety and consists of six paintings. It also tells a family story. In this case, José’s. «Del Castillo was a magnificent cartoonist, the most prolific of the 17th century, with about 190 drawings –Comments Javier Portús–. Master the art of drawing, anatomy, expression. It was also a excellent landscaper». It gives a good account of the prestige that the Cordovan artist had: of the 1,500 paintings in the Trinidad Museum, just over a hundred went to the Prado, almost all of them medieval and Renaissance. Only 16 baroque, including the six by Antonio del Castillo. Five were in the Prado stores. «I didn’t have the space it deserves», Says Miguel Falomir, director of the museum. After the exhibition, he will hang the complete series again.

The third series is ‘San Ambrosio’, by Valdes Leal, equally very prestigious. In 1673 it was commissioned by Archbishop Ambrosio Spínola for his particular oratory. Of the seven works, five are exhibited: four are from the Prado. «Valdés Leal is, with Murillo, one of the most important Sevillian artists of the 17th century. So was his client. Valdés Leal casts the rest in this series, with constant boasting. He is aware of his worth and creates his own language. For the face of the saint he used the features of Ambrosio Spínola himself, as can be seen in a portrait present in the exhibition. These coveted works belonged to the mariscal Soult. «There was a very sophisticated public in Andalusia in the seventeenth century. The show demands a calm and prolonged contemplation of these series, which are like novels in six or ten chapters, with creligious, moral and romantic content», Says Javier Portús.

The exhibition, which has the collaboration of the Community of Madrid, allows to compare three pictorial styles and three different ways of narrating. gathers, until January 23, 26 paintings (16 from the Prado, 6 from Dublin, and the other 4 from the San Fernando Academy of Fine Arts, the Fine Arts Museums of Asturias and Seville, and the National Library). It is completed with eleven prints by the French engraver Jacques Callot on the prodigal son, the starting point of the series on the same subject by Murillo, as well as technical material that allows us to better understand the creative process of the Sevillian, including the X-rays of ‘The prodigal son grazes the pigs’. The exhibition closes with five other Andalusian paintings, which once belonged to pictorial series, today scattered or lost: one around the banquet (with works by Valdés Leal and Juan de Sevilla); the other, centered on the well (Alonso Cano, Murillo and Antonio del Castillo).