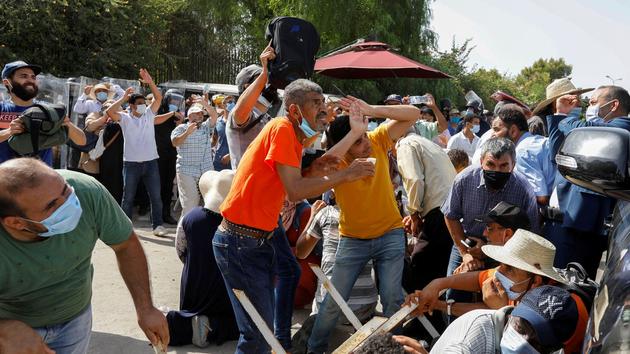 STORY – The sidelining of the ruling Islamist party plunges the country, damaged by the pandemic, into the unknown.

Since 2014, it was the only democratic example in the region, the only “Arab Spring” that had not slipped. But the political crisis which paralyzes Tunisia, in addition to the pandemic and the economic difficulties, has suddenly worsened, with the dismissal of the head of government, the freezing of the activities of the Parliament for thirty days and the lifting of the immunity of the deputies, initiatives decided on Sunday July 25 by President Kaïs Saïed. “We are going through the most delicate moments in the history of Tunisia», Affirmed the Head of State to justify the fact of having monopolized the executive power, while relying on article 80 of the Constitution, which allows this type of measure in the event of “Imminent danger”. On Monday afternoon, President Saïed also sacked Defense Minister Ibrahim Bartaji and government spokeswoman Hasna ben Slimane, who is also Minister of Civil Service, and Acting Justice.

Read also :Tunisia: clashes in front of Parliament after the suspension of its work by President Saied

Exasperated by the power struggles and the