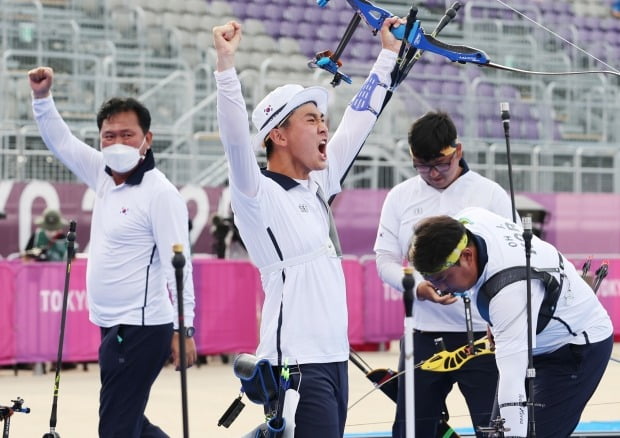 Athletes of the Republic of Korea national team are struggling under an unprecedented environment of novel coronavirus infection (COVID-19) in Tokyo, Japan. Among them, the so-called ‘Chairs’ of the domestic business community are also sweating hard to boost the skills and morale of the players.

According to the business world on the 28th, Hyundai Motor Group has shown unchanging ‘love of archery’ for 37 years since Honorary Chairman Chung Mong-koo took office as president of the Korea Archery Association in 1985. Chairman Chung Eui-sun also visited Tokyo, Japan on the 25th, following in his father’s footsteps, and showed ‘intuition’ (directly watching) of the final of the women’s team archery event. When the national team won the gold medal that day, Chairman Jung clapped his hands with all his might and was delighted. 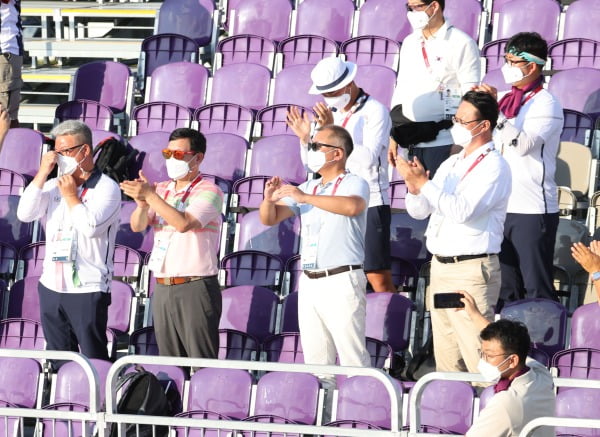 The full support of Hyundai Motor Group cannot be excluded from the background that domestic archery has secured a world-class position. Hyundai Motor Group has invested about 50 billion won in archery talent discovery and advanced equipment development so far. 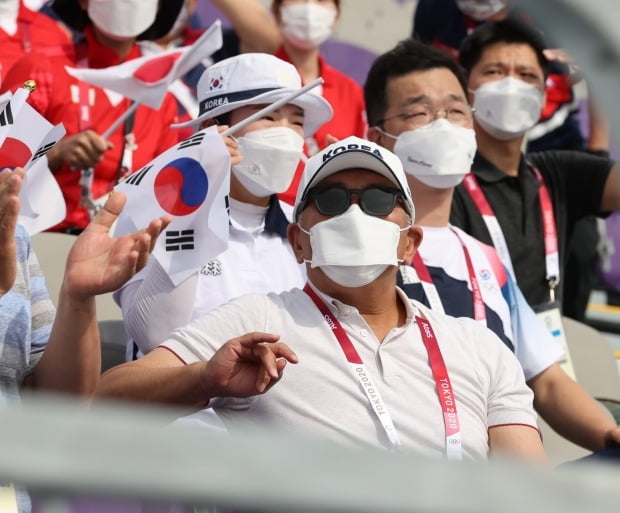 As it was impossible to experience international competitions due to COVID-19 and training at the baseball field as before, Chairman Chung made it possible to train in the media just like a real game by using a sports broadcaster broadcast 4 times in May and June of this year.

Special training was also conducted in Jaeun-do, Sinan-gun, Jeollanam-do, which has a similar location to Yumenoshima Park.

A separate relaxation chair for each athlete has been prepared in the rest area so that you can rest comfortably while waiting for the Tokyo Olympic Games. At the end of last month, it is said that the players were given electric massage guns and a book ‘Into Fear’ written by Paul Aciante, a famous American squash coach, to encourage them to play the best game.

Previously, Hyundai Motor Group paid 2.5 billion won as a reward to the archery team at the 2016 Rio Olympics. At the 2012 Olympic Games in London, KRW 1.6 billion was awarded. It is a new point of observation to see how many rewards this time will be given to the archery team that has shot three golden arrows from Tokyo to this day. 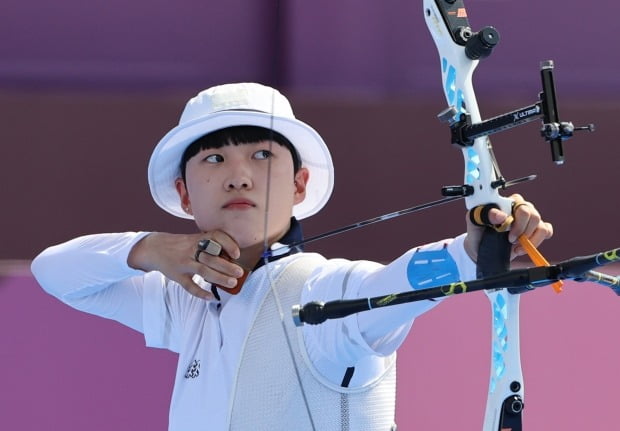 Ansan, of the South Korean archery team, shoots an arrow during the quarterfinals of the Tokyo 2020 Olympic mixed team event held at the Yumenoshima Park Archery Field in Tokyo, Japan on the 24th. photo = news 1

Another driving force behind the golden march is the fact that in Korean archery, the national team is selected through thorough and fair competition without factions such as delays and academic affiliations.

Archery is a thorough record game in which neither the judge’s biased judgment nor the influence of the faction can act. The Korean Archery Association carefully selects the best archers through a rigorous selection process and sends them to the big stage of the Olympics.

Unlike in some events, there was no noise in the preliminary round in the archery national competition, which is ‘without an inch of error’, because I had to lose my opponent in order to survive. As the saying goes, ‘If you shoot well, you will go’, 40-year-old Jin-hyeok Oh and 17-year-old Kim Je-deok can play the game on an equal footing as a team.

What is more important than faction and background is the evaluation that a fair selection method of only skill is the secret to the success of the archery team. For this reason, there is a saying that becoming a national team member is more difficult than winning an Olympic gold medal.

Representatives who have gone through a difficult process will even receive mental strength training without a break. Although the program was different every year, bungee jumping, Marine Corps camp training, night marches through cemeteries, and spectator adaptation training in the noise of baseball fields and racetracks were always a hot topic. He also developed his courage by diving underwater at a height that people fear the most. Handball players also challenge to win medals based on the enthusiastic support of SK Group Chairman Chey Tae-won. The Korea Handball Association, led by Chairman Choi, decided to give the national team the largest reward ever – 100 million won per person if they win a gold medal. If you add up the rewards of the coaches and coaches, the total amount of the reward amounts to 2.2 billion won.

Since Chairman Choi took office as chairman of the Korea Handball Association in December 2008, he has invested close to KRW 140 billion in the development of the handball industry. SK Telecom, a core affiliate, has also served as the president of the Korea Fencing Association since 2003 and has been providing generous support to the fencing industry based on its ICT capabilities. The Fencing Association promised the national team a reward of 50 million won in the individual event and 100 million won in the team event at the Olympics.

The Korea Cycling Federation, led by LS Group Chairman Koo Ja-yeol, is also planning to pay a bounty with Koo’s own funds. At least 50 million won will be delivered to the Olympic athletes and coaches regardless of whether the medal is won or not. Of course, additional rewards will be given when a medal is obtained.

It is known that Cho Won-tae, president of the Korea Volleyball Federation, and Hanjin Group Chairman Cho Won-tae delivered the gold medal to the women’s volleyball team through private money this month. A special gift was also given to the team before entering the village. The Volleyball Federation plans to pay more than 100 million won in prize money if they achieve at least the semifinals at the Olympics.

In addition, several companies are giving their support to raise the morale of the players. An official from the business community said, “The game is being played in a calmer atmosphere than before, with players experiencing unprecedented events without spectators, but the support of the business world will be a great help to the players.”