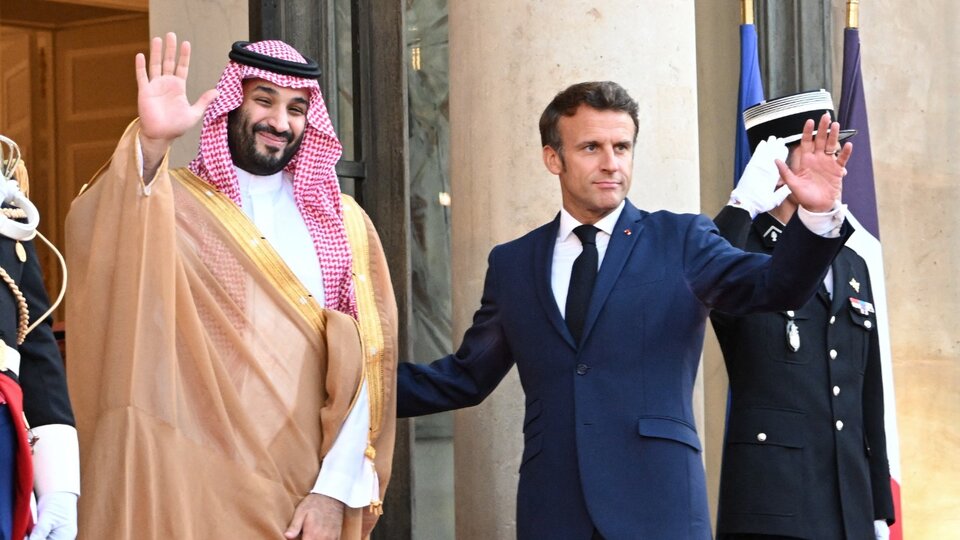 French President Emmanuel Macron met this Thursday at the Elysée Palace with the Saudi crown prince, Mohamed Bin Salmán, at a working dinner that generated criticism from NGOs and the opposition. The criticism was generated by what they consider an international rehabilitation attempt of who they consider responsible for the murder of the Saudi journalist Jamal Khasshoggi, which occurred in 2018 in the consulate of his country in Istanbul.

Bin Salmán arrived tonight at the French presidential palace for a meeting focused on the international context of the crisis in the Middle East and the war in Ukraine, which also caused uncertainty about Europe’s energy supply. The Eliseo made an effort to emphasize that Macron would address human rights issues with his guest and that they would deal with specific cases.

In the palace, it was stressed that the president meets with the group of main actors in the region since it is a necessary condition to advance. In this context, it was recalled that just over a month ago, Macron received the Prime Minister of Israel and the presidents of the Palestinian National Authority, the United Arab Emirates and Egypt at the Elysee.

But the arrival of Bin Salmán generated numerous criticisms for the human rights situation in his country and, especially, for the murder of the Saudi journalist and dissident Jamal Khasshoggi, of which he is considered guilty.

Two foreign NGOs, Democracy for the Arab World Now (DAWN) and Trial International, announced Thursday that they filed a lawsuit in French justice against the Saudi crown prince for complicity in torture and enforced disappearance. The complainant entities consider that Bin Salmán does not enjoy immunity because he is the heir to the Saudi throne and not the head of state of his country.

“Almost four years after the murder of journalist Jamal Khashoggi, the reintegration of Mohamed Bin Salman into international relations only implies disregard for truth and justice”lamented the secretary general of Reporters Without Borders (RSF), Christophe Deloire.

For her part, the French Prime Minister, Élisabeth Borne, stated that the commitment to human rights is not being questioned. But she considered it normal to talk to energy-producing countries in a context where Russia cuts, reconnects and threatens to cut off gas supplies to Europe again.

Forbidden foods for those suffering from gastritis