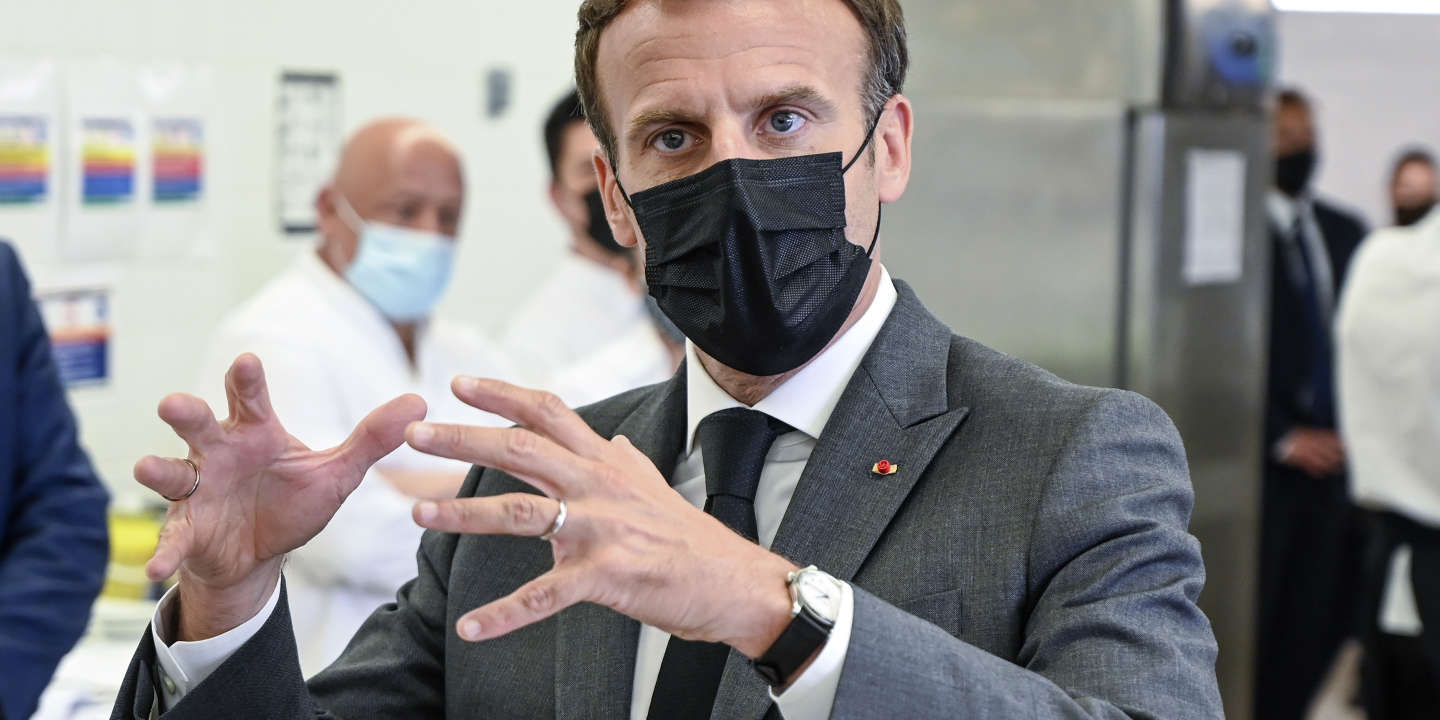 Damien T., the man who attacked the President of the Republic, Emmanuel Macron, during a visit to the Drôme, is tried, Thursday, June 10, in immediate appearance two days after the facts which aroused unanimous support of the political leaders. The prosecution requested an eighteen-month prison sentence against the young man, aged 28, who admitted at the hearing to have slapped the head of state.

This slap, “Perfectly inadmissible”, is a “Act of willful violence”, supported the representative of the public prosecutor facing the defendant. “There is no ITT [incapacité temporaire totale] but there is a violent act ”, added the magistrate, stressing that the president “Did not wish to see a doctor”. “I am not asking for a fine but I am asking you to consider pronouncing against him a definitive ban from exercising a public function”, as well as a ban on the right to vote for a maximum of five years and a ban on possession of a weapon for the same period, said the magistrate, who recalled that Damien T. faced three years in prison and 45,000 euros in fine.

“Foolish and violent” act according to Mr. Macron

A second man arrested, Arthur C., “ will be issued a summons to court for the end of the second half of 2022 to answer for offenses related to illegally held weapons ”, said Wednesday, in a statement, the public prosecutor Alex Perrin.

Asked Thursday afternoon from the Clairefontaine training center, where he encouraged met the French football team before the Euro football which begins on Friday, Emmanuel Macron described the act “Imbecile and violent”. The Head of State, however, preferred to mention “Optimism, the return to life and the return to work”. He explained why he did not file a complaint: “Justice immediately seized on it, and given the place that is mine, I think we had to let justice take its course. “

Read also Emmanuel Macron slapped during a trip to the Drôme; two men in custody

The facts took place, Tuesday afternoon, after the visit of the hotel school of Tain-l’Hermitage (Drôme). While the President of the Republic was going to meet the crowd, a man had slapped him with the cry of a royalist slogan ” Montjoie! St Denis ! “ and “Down with Macronie”. He was then pinned to the ground by several members of the security service.

Residing in Saint-Vallier, north of Valence, the two men were arrested immediately after the incident. They are “Both unknown to the judicial and intelligence services”. During his hearing, Damien T., “As a couple, without children, without profession”, he acknowledged “To have struck a blow to the Head of State and to have pronounced words denouncing the policy”. The two comrades are members of associations in their commune “In connection with martial arts, the Middle Ages and the manga universe”, said the magistrate.

Article reserved for our subscribers Read also The author of the slap: between passion of the Middle Ages and interest in the extreme right

Unanimous reaction from the political class

Shortly after the attack on Tuesday, Emmanuel Macron reacted to the press, denouncing “Isolated facts”, committed by “Ultraviolent individuals” who does not “Not deserve”, according to him, that we leave them “Take possession of the public debate”.

Many politicians have supported Emmanuel Macron. The Prime Minister, Jean Castex, had called “To a republican start”. “It is inadmissible to physically attack the President of the Republic, political leaders, but even more the president, who is the president”, declared for her part the president of the National Rally (RN), Marine Le Pen. Jean-Luc Mélenchon, 2022 presidential candidate for La France insoumise, claimed to be “In solidarity with the president”.