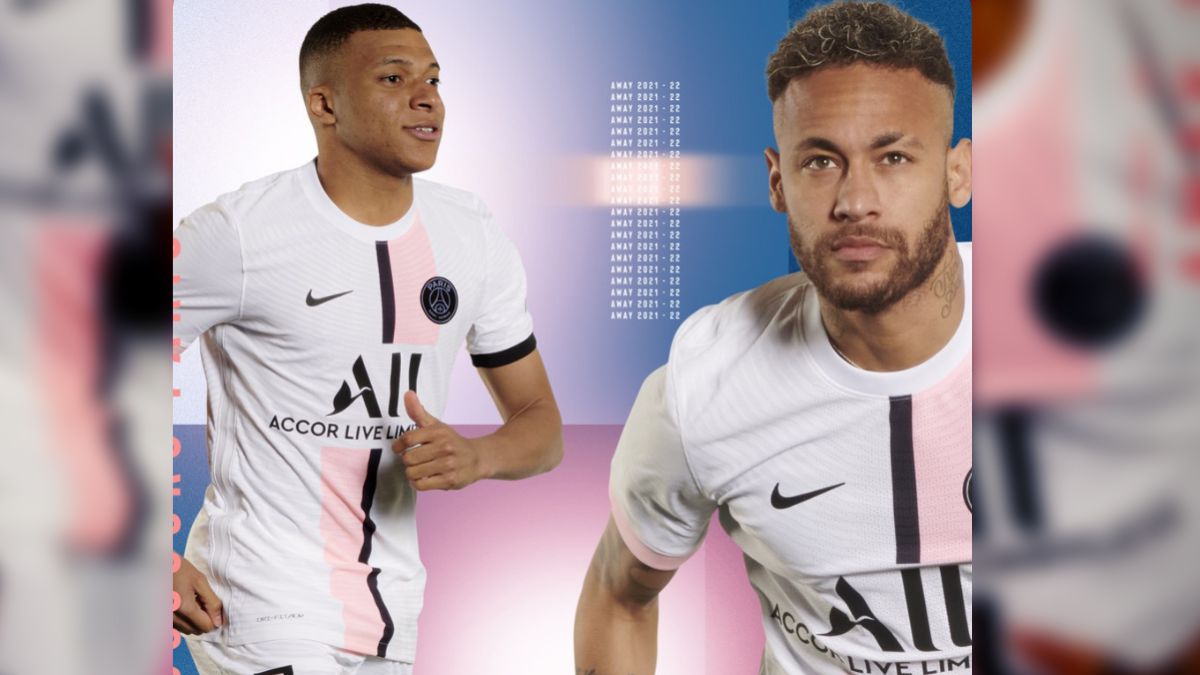 Marquinhos, Di María, Neymar and Mbappé … It is not part of the Paris Saint-Germain eleven for any game, it is the line-up chosen by the capital club for the presentation of its second kit. The Frenchman, although his situation is delicate regarding the renewal, continues to appear among those chosen by the club to be its banner beyond the green.

The French club presented its away kit this Wednesday with a rather groundbreaking design made by Nike based on the concept ‘Paname‘, one of the’ nicknames’ that the French capital receives. This was put, in part, by the irruption in its fashion that supposed the arrival of the Panama hat, popularized by the workers of the well-known Central American canal and very fashionable at the beginning of the century in the capital of ‘El Hexágono‘. PSG himself also explains that he pays tribute to the Greater Paris with references to the architecture of the early 70s and the different departments of the Ile de France.

Thus, they have opted for white with a black line that crosses the shirt in the middle, saving All’s sponsorship, and it sports two pale pink stripes on each side of it. To one side in the upper half and to the other in the lower half. This shirt will be complemented by white trousers and socks in the same color, also with details in a shade of pink reminiscent of Italian Palermo.

Beyond the design, PSG has not hesitated on a communicative level to remove Mbappé although he still resists to renew and his contract ends at the end of this season that begins. The Frenchman is one of the main players in this campaign, being the first footballer to appear in the spot in addition to the publication that opens his website and networks along with the aforementioned Neymar, Marquinhos and Di María.

In different photos and videos, among many other players, two former Real Madrid players also appear, Sergio Ramos and Achraf Hakimi, brand-new signings that PSG does not hesitate to ‘show off’.

Summit with Mbappé this Thursday

Kylian Mbappé plans to return to work this coming Thursday, July 22. The French forward will end the holidays and begin both the 21/22 season and his negotiations with Paris Saint-Germain about his future.

The forward has refused to renew three times and will reactivate his maneuver to try to leave Paris this summer. This follows his plan to get to Real Madrid. Before the European Championship he offered one last no, but without declaring himself in absentia. He will train and play even if the last season he has left in France is necessary. Of course, he will not sign again, putting PSG in the last summer in which they can get something for him.

Sources close to Mbappé himself assured this newspaper that they expected Real Madrid to move in private to pressure PSG in search of a sale. Mbappé feels that he carries the weight of the operation and that the pressure around his figure will increase as the date of the end of his contract approaches. At the moment, he does not renew and maintains his hope of playing for Real Madrid.