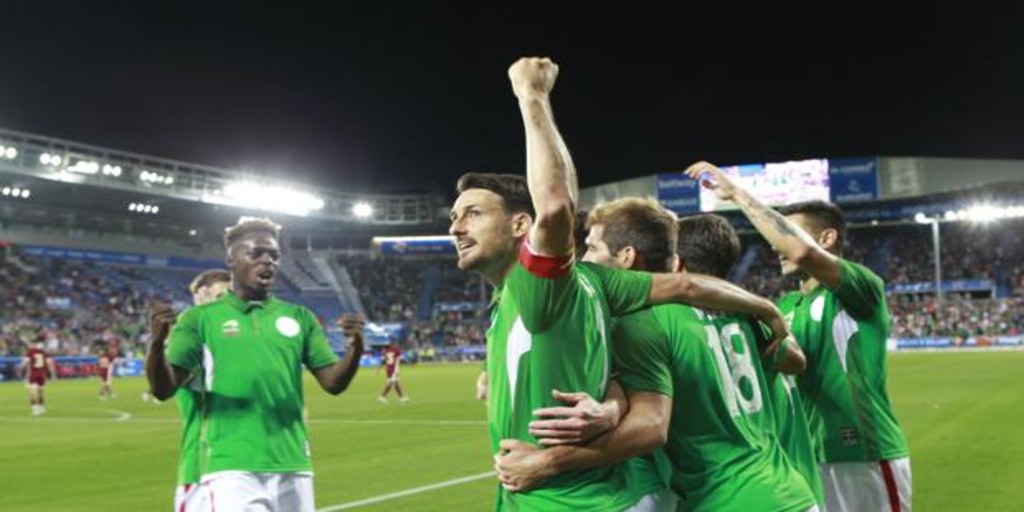 The sport has not been left out of the tolls that the PSOE is paying to be able to form a government in the coming days. Pedro Sánchez has gone far in his agreement with the PNV, which expressly reflects the momentum for the recognition of Basque sports teams in the international arena, which essentially opens the door to the possible future participation of the Basque Country or of Catalonia in European or World of any sport modality.

«Open channels to promote the international representation of the Basque Country in the sports and cultural field». With this phrase, included in the agreement between PSOE and PNV for the formation of Government, a green light is given to the sports “independence” of the regional federations. An old yearning for Basque and Catalan nationalism that thanks to the current socialist leaders is now closer than ever. The current Sports Law expressly prohibits in that article 33 that “independence”, but this could vary in the processing of the new Law (stranded for months due to lack of political consensus). “The agreement opens the door for the Basque Country to have a greater international representation in the sports field. We think it is a positive agreement that can be used to make Basque teams official in more sports, ”Jon Redondo, director of Physical Activity and Sports of the Basque Government, tells ABC.

For the leader of the PNV, this agreement paves the future international recognition of all those Basque federations that request it. “We believe that what is possible today for the Basque Country in ‘soka-tira’ or ‘kayak-surfing’ may be possible in more sports, provided that the Basque sports federations so decide,” he says on a wall that until now seemed impassable and that the PSOE has been responsible for demolishing.

See Also:  Bundesliga with spectators? Lindner: "This will be the last thing we ..."

The news was received yesterday with satisfaction in the Union of Basque Sports Federations (UFDV), which saw a longing that they have been pursuing for decades. “We have a feeling of joy, because despite the multiple investiture pacts that the PNV has signed over the years with the different governments of Spain, this historical desire for Basque sport has never been so clearly expressed,” he acknowledges ABC Javier Zuriarrain, president of the UFDV, who cautiously sees the application of this pact. «We will have to see how long it takes to come true and also how many federations request their inclusion in the international. Nor do I think they will be so many. For now, the Basque football, surfing and weightlifting federation have already shown their intention to do so, ”he says.

Sports weakening
The obstacles that, according to Zuriarrain, so far put the Higher Sports Council (CSD) when a Basque federation requested their inclusion in the international of their sport should cease after the agreement between PSOE and PNV. «There was always a problem on the part of the Spanish federations, because the CSD encouraged that veto. I suppose that from now on there will be no such obstacle, ”he says.

The future recognition of each Basque sports federation would be a problem for athletes, forced to choose which team to compete with, which would also cause a general weakening of Spanish sport. Not so much for sports “independence” in the Basque Country, but for the effect that this could have on other autonomies and the negative effect it would have on current national teams.

See Also:  NASA astronauts Bob Behnken and Doug Hurley are the first to fly the SpaceX Crew Dragon. Here's how to prepare.

This agreement between PSOE and PNV opens the doors of the Basque national and European teams, but not to the Games, since the Olympic card shows that only the countries recognized by the UN can participate in this event.

Questions and answers about the agreement
-What does the PSOE-PNV pact entail?

When speaking of “opening channels to promote the international representation of the Basque Country in the sports field”, the CSD is urged not to put obstacles so that the Basque federations can be recognized by the international organizations to which they request it

-Where would the Basque Country teams play?

All those Basque sports disciplines that obtained international recognition could participate under the banner of the autonomous community in Europeans and World Cups. In fact, there are already minority sports such as kayak-surfing or soka-strip that dispute this type of tournaments as they have been included in the respective international federations

-Could you participate in the Games?

No, because the Olympic card only recognizes the countries that have been accepted to the UN as participants of this sporting event. This would not be the case for athletes from the Basque Country, which, as with the United Kingdom, should participate in the Games under the flag of Spain

-And the rest of the communities?

Although in principle the agreement only speaks of promoting the international representation of the Basque Country, it is clear that this impulse could be extended to all those communities and regional federations that requested it. At the moment in which a sports federation obtained international recognition, each athlete should decide in which selection they would like to compete, whether with the regional or the Spanish.