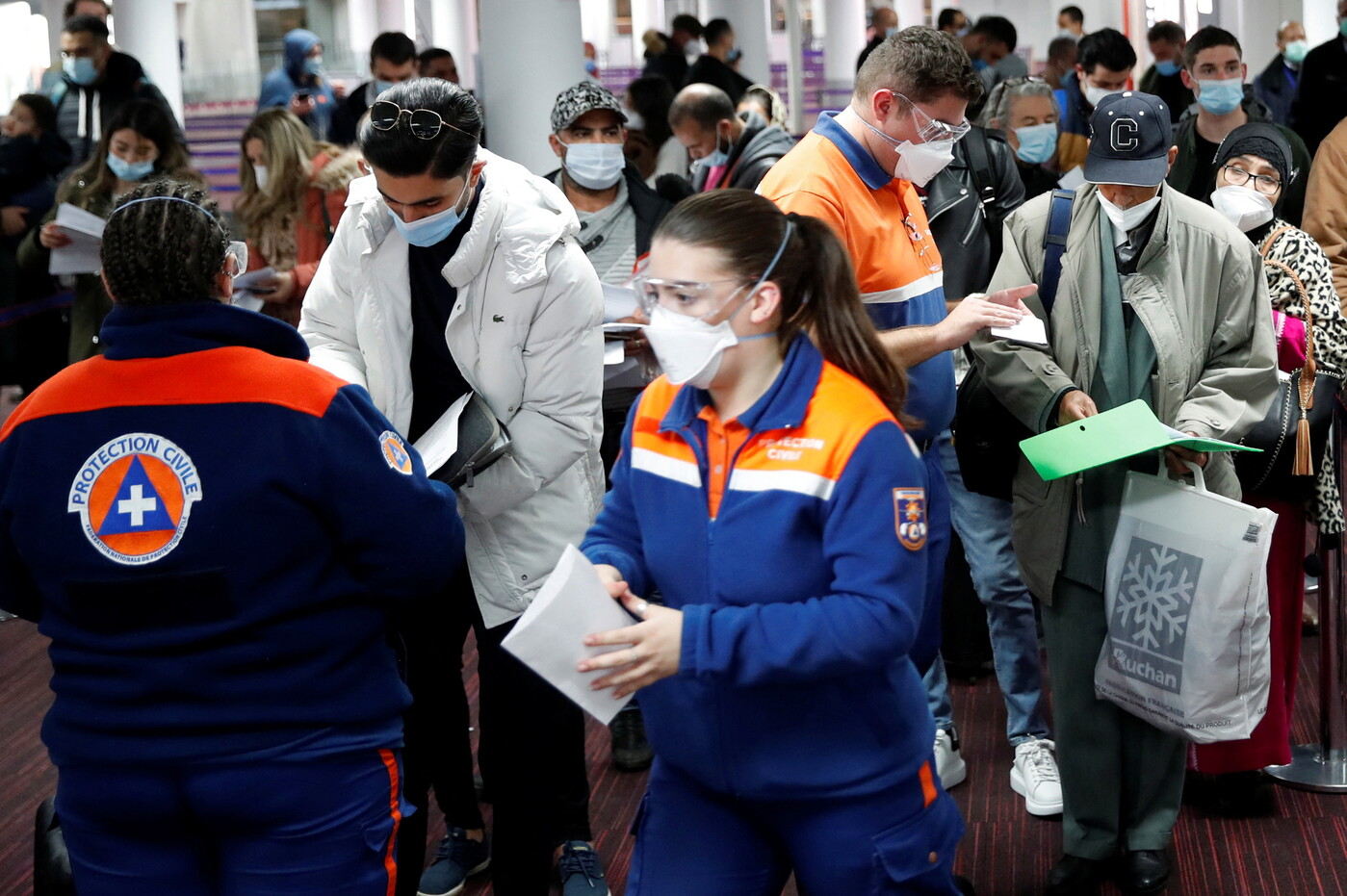 Kamil Belkhelladi has seen all the colors in terms of attestations of negative tests for Covid-19 over the months, since his teams from the French Rescue and First Aid Federation (FF2S) have been working on descents from planes in the Orly airport. Certificates with way too many stamps to be honest. Documents that all bear the same file number issued by a laboratory. Even a swab that turned out to be a breast discharge for a person claiming to have had a nasopharyngeal test …

→ EXPLANATION. Covid-19: why have the French been tested less?

“Doubtful tests, there are some, yet we are not able to say that they are fraudulent; mistakes in names, missing sampling time, poor command of English or French, etc., are these errors or a sign of a forgery? “, he asks. “We are vigilant, with experience and depending on the origin of the flight, we get our idea”, he admits.

“We are starting to keep our eyes on false tests! “

In Roissy, members of Civil Protection – around a hundred – also fumbled with, as expertise, the indications of the regional health agency. “We are not the police, our vocation is first aid and social marauding, for the pandemic we had to reinvent ourselves”, reports the project manager, Virginie Bidault de l’Isle. “We are starting to keep our eyes on false tests! “, she confides, explaining that the rescuers are doing “Spinning, not control”. “As soon as there is any doubt, the person is referred to be tested in our laboratory, she specifies. The rest is the responsibility of the border police. “

“This is the first time that a non-standardized document has been made compulsory, there is no way to identify a forgery from a paper”, recognizes Julien Gentile, director of Paris airports at PAF. The small network of Beninese who sold false certificates at the entrance to the airport last fall, however, ended up in prison. Last February, Europol reported the dismantling of similar trafficking in the United Kingdom and Spain. In Côte d’Ivoire, a dozen people who pirated certificates from the Pasteur Institute and had accomplices at Abidjan airport were arrested on May 4.

“The first few months it was difficult to get tested in many countries and the laboratories were not able to provide the results within the allotted time, which led many travelers to resort to fake”, tell Julien Gentile. Anxious to be in good standing, Pierre C. reports that to return from Mexico last February, a well-established laboratory offered to post-date his certificate. Another, after promising him a PCR test result that day, provided him with an antigen test, which was then transformed into PCR. “This test may never have existed”, he wonders again. As for Aurore B., in the hostel where she also resided in Mexico, she was spontaneously offered the PDF of a certificate to be modified free of charge… Both arrived safely on French soil.

→ EXPLANATION. Covid-19: can we get vaccinated at our vacation spot?

“We have had whole groups of false tests on certain flights, now we are rather detecting individual cases”, notes Virginie Bidault de l’Isle. Against these fraudsters, France did not choose to crack down like Canada, which applied fines of € 2,000 to € 5,300 to two passengers who presented false certificates.

“We remain in the reminder of the law”

According to the French Penal Code, forgery and use of forgery is punishable by three years’ imprisonment and a fine of € 45,000. “We remain in the reminder of the law”, argues Julien Gentile. The Paris police headquarters, on which the airports depend, says it does not compile statistics on certificate fraud. According to Julien Gentile, every day, one or two holders of false manifestos are placed in police custody and around twenty Covid fines of € 135 are given for failure to test. These are accompanied by a quarantine order for negative people or an isolation order for positive cases.

“It’s not just an announcement effect, there are real police checks on compliance with these decrees, says Virginie Bidault de l’Isle. Our goal is to control the pandemic. ” Hence the increase in so-called “targeted” flights from countries at risk for which all passengers are systematically tested when they get off the plane. Brazil, Argentina, Chile, South Africa, India, Sri Lanka, Guyana, or the major air hubs Turkey and the United Arab Emirates are on this list. “In fact, the verification of certificates does not matter since all passengers are retested”, recognizes Julien Gentile. In addition, each day, around ten random thefts are also systematically tested.

“A QR code like on train or plane tickets”

“It is only with the generalization of certificates of authenticity, with QR codes, as on train or plane tickets, that this problem of forgeries will be solved”, esteemed Julien Gentile. The assistance company International SOS, in conjunction with the International Chamber of Commerce, was the first to test in September 2020 such a certificate – which can be issued by its network of 90,000 accredited laboratories around the world – with volunteer passengers from the Etihad company before extending the experience to several air carriers, including French companies. “Our goal was to secure data and streamline control by airlines”, explains Sébastien Bedu, product manager for airport services at Medaire, a subsidiary of International SOS.

→ ANALYSIS. Covid-19: major maneuvers for a (future) return from travel

Several companies have followed suit with similar “health pass” offers before the European Union adopts the principle of its green certificate on March 27, guaranteeing that the person is negative, immune or vaccinated.

“The Commission has developed a system with the German companies Deutsche Telekom and SAP, but each Member State is free to develop its own system”, explains the spokesperson for the Directorate-General for Justice in Brussels, Christian Wigand. France plans to use its Tous anti Covid application from June 9. The deputies voted, in first reading on May 11, the creation of the health pass, within the framework of the bill of “Health crisis exit management”, which should allow travel and participation in large gatherings. The text will be submitted to the Senate on May 18.

To verify the interoperability of the different national systems within a European portal, a fifteen-day test phase involving 18 EU countries and Iceland started on May 10. With, in sight, a generalization during the month of June. Such a device will still have to be globalized.