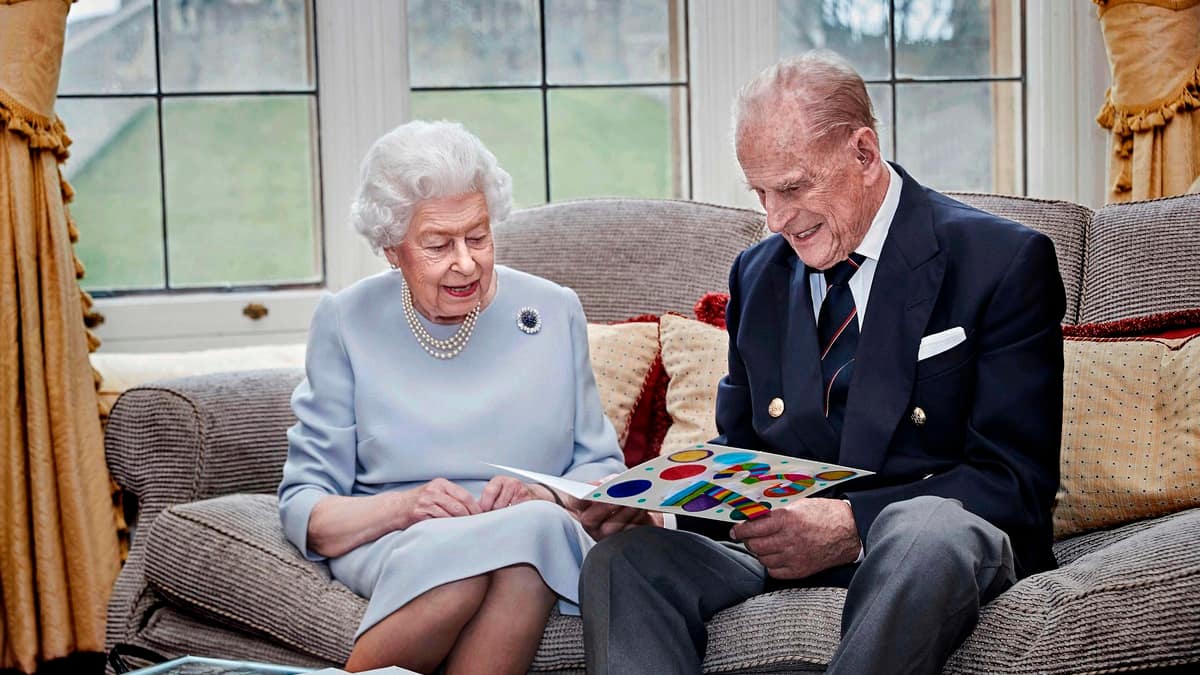 For the occasion, the couple shared on social media a photo of them as they opened a card given to them by Prince George, Princess Charlotte and Prince Louis, their great-grandchildren.

The Queen and The Duke of Edinburgh look at an anniversary card made by Prince George, Princess Charlotte and Prince Louis, alongside other cards and letters sent by well-wishers to celebrate their 73rd wedding anniversary tomorrow.

It is possible to see the number 73 in front of the creation of the children of Prince William and Kate, Duchess of Cambridge.

The Queen, now 94, married Lieutenant Philip Mountbatten on November 20, 1947. Once a princess, she was 21 years old.

On Twitter on Friday afternoon, the official account of the Royal Family shared a photo of their honeymoon along with a message of thanks for the wishes received.

Thank you to everyone for your kind wishes on The Queen and The Duke of Edinburgh’s 73rd Wedding Anniversary.

????The Queen and The Duke are pictured in 1947 on their honeymoon at Broadlands in Hampshire. pic.twitter.com/ewACNHgIXF

The arrival of the original Titanfall on Steam is a surprise, of course, but one more than welcome.