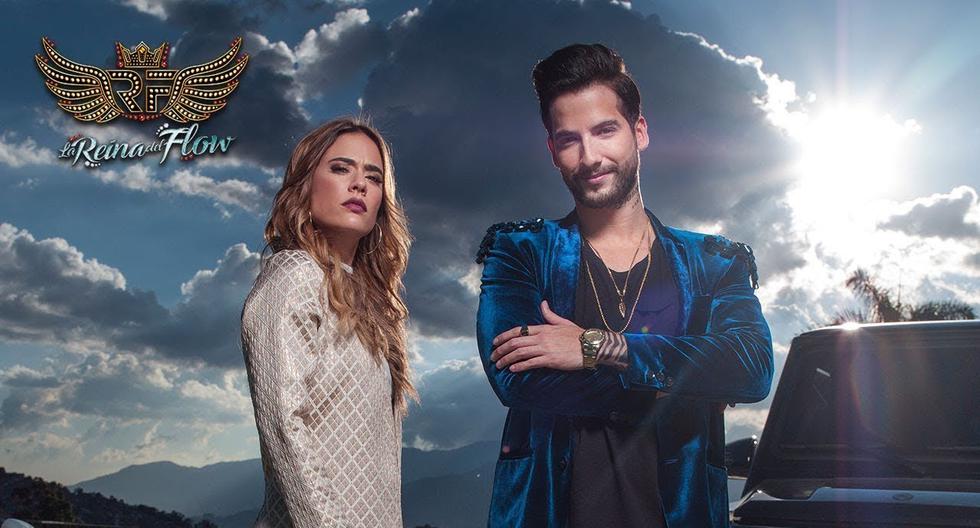 Since its premiere in 2018, “The queen of flow“It is a phenomenon in Latin America and several countries around the world, so great that it has even been recognized with the International Emmy. Starring Carolina Ramírez and Carlos Torres for Caracol Televisión, the Colombian series broke audience records, especially after its arrival in Netflix, where it remained for several weeks in the preferences of the public.

“The queen of flow”, a production that conquered Latin America and Spain, is back with a second season full of surprises and revenge. Yeimy Montoya will face his past again – “Charly Flow” -, in addition to new problems that will put everything he has achieved at risk.

As you know, Gelo Arango is the voice behind Carolina Ramirez, who plays Yeimi Montoya. During the first season, the professional singer performed the songs of “The queen of flow”, such as “Predator”, “Reflection”, “Fénix”, among others that became famous after going on the air in Gelo’s voice.

MORE INFORMATION: “The queen of flow”: Charlie Flow, from prison to conquer the world once again in season 2

Although it was initially announced that Gelo Arango would also be part of the second season of “La reina del flow”, plans changed due to problems between the singer and Caracol. This caused Gelo to no longer participate in the second part of the successful production.

Through his Instagram account, Gelo Arango gave his version of events and explained why he will no longer work on the second season of “La reina del flow”. Apparently, Arango had problems with the Caracol chain for the credits, as she points out that they were not recognized at the beginning.

Later, Gelo Arango says that he reached an agreement with Caracol and finally the credits were recognized. However, this misunderstanding could have influenced Caracol not taking her into account for “The queen of flow 2”. In this second part, the singer will not be in charge of the dubbing.

So, who will be in charge of the dubbing in “La reina del flow 2”? The artist in charge of putting her voice in the songs of ‘Yeimy Montoya’, the character played by Carolina Ramírez, will be Guita. The young singer was part of the talent program “At another level” and this gave her the opportunity to become well known throughout Colombia.

When Guita added for the vocal role of the main character of “La reina del flow”, without a doubt, she was chosen. This thanks to her powerful voice as she is multifaceted, since she sings boleros, salsa, electronics and bachata.

So she will be in charge of making all Yeimy Montoya fans dance with all her new songs that they will hear in the new season of the Netflix telenovela.

2 thoughts on “The queen of flow 2: why Gelo Arango is no longer the voice of Yeimy Montoya in season 2 | FAME”