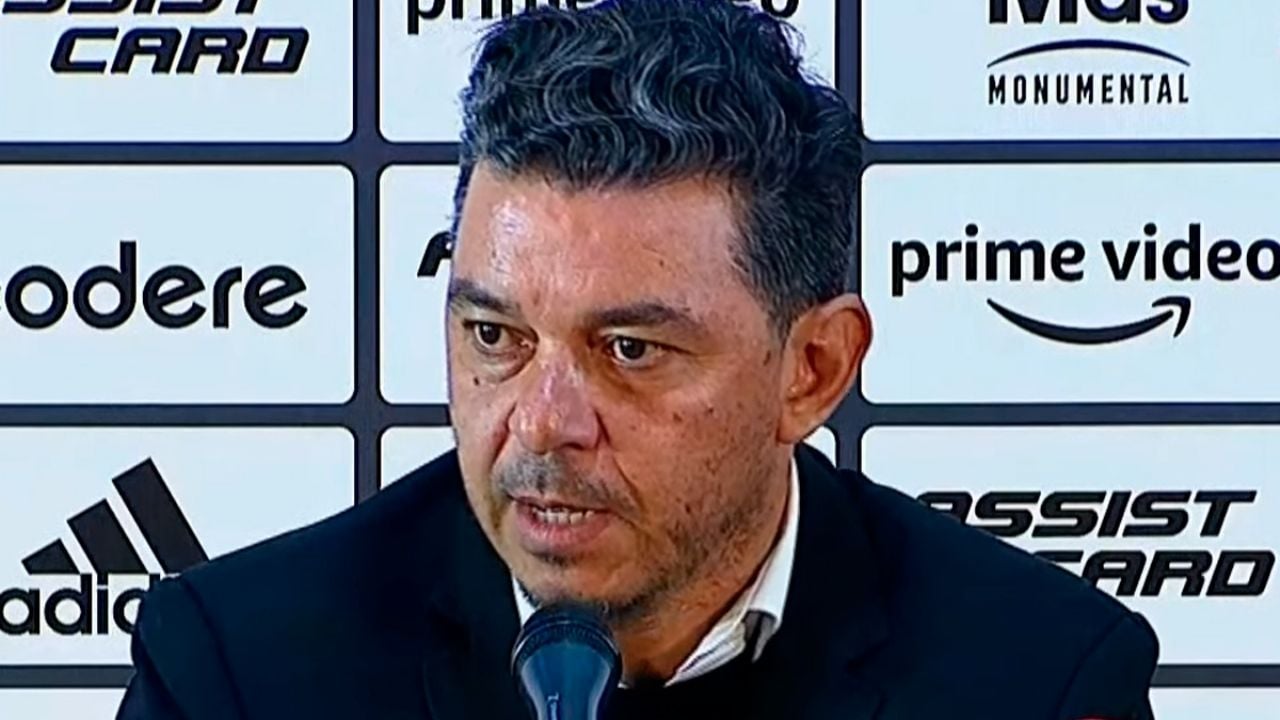 The Doll knows where he is going. Convinced, to the point that he gets annoyed if someone suggests that his River has no direction. Marcelo Gallardoat the press conference after the Millionaire’s 4-1 win over Newell’s, was upset by a question and corrected the journalist Paulo Filippini, who used the term “take a course” when referring to the regularity of the River Plate team: “I’ll correct it for you that word because it’s not that we have no direction.

“I wanted to ask you if, taking into account what was done in the match with Independiente and today with Newell’s, if they found or made that click to take a course…”, the journalist began, and Gallardo replied immediately: “We have a course, it is not that we have no course. When you have no course it is because you do not directly see anything. I am correcting that word because it is not that we have no course. We do have a course. what do you do to go to the place you want. We are in that search”.

In that sense, the journalist asked him about the regularity of the team and finding the team, since “Julián (Álvarez) left a while ago…”. In the back and forth, Gallardo He corrected again: “Not a while ago, not long ago. They left a little while ago, very little. And it is still not easy to replace them. When I speak, I speak of the fact that we are going through a process. It is not easy to replace two soccer players who were very important in this last time, like others, it never is”.

“This is not overnight. Nothing happens overnight, there is work, behaviors, adaptations, demands. The footballer also has life. Whoever arrives at this institution has to adapt, not just put on the shirt and play, you have to get used to an idea, a functioning and how you coexist with this institution and with the environment. For some it is easier and for others it is not, because they are human beings. Many players have left us and we had to bring Those who come, some settle quickly and others not so much. It is a whole process. It is more noticeable when you are in an institution that has a very high bar. In other places out there it is less noticeable. Because the demand is not the same Here we do have demands from the inside and from the outside, and that is a process, it is not overnight,” the Doll reflected on River.

Other phrases of Gallardo

Regarding Pablo Solari and Javier Pinola: “The two players you mentioned are polar opposites. In the same gear, a young player who arrives and quickly puts on his shirt and begins to show very good feelings that he is a player who is going to and he is going to strengthen the team with his energy, his qualities, his goals… He has a desire to learn, and on the other hand, a player who has given us a lot over the years who trains and competes to provide solutions, more beyond that the decision is mine. One sees very positive attitudes. It is not easy for a player of his age, with how competitive he has been in these years, being a clear reference for the team, as was Maidana and Ponzio in their moment that they haven’t played in the last half and they have a good presence. This makes for group spirit, that’s why I have highlighted it. Playing or not, they have always been positive. One who arrives and another who is almost at the end of his career but that shows its validity and that what I want to continue being”.

“The truth is that it is wonderful to see how the fan accompanies, fills the field permanently, comes with that enthusiasm and that he can leave here happy is a nice gift. We want to continue giving joy to the fan who accompanies us massively. The team has had problems if it is regular, it is because we have changed a lot. It has cost us not to have been able to stop for a moment to readjust ourselves in this half of the year. As we have a challenge to continue having a maximum level or demand, we are much more noticeable when we cannot express ourselves as we want. We are much more noticeable than the rest. It is the demand we have. Irregular is Argentine football in general. We don’t like being irregular but we have to live with those things. We have a good squad and the team is leaving Let’s see. We have to put together a new team and generate that feeling that we are going to be superior to the rival, no matter the rival or the system we face. That requires a great conviction. Q That the players who arrive get along and begin to understand the demands that this club has, which is not easy. I think we’re going to have chances to fight for the championship and if that’s not the case, we’re going to put together a good team.”

“Not everything is bad when you lose and not everything is excellent when you win. In that sense I am quite critical. There are some imbalances, we could not have continuity of repeating line-ups because something has always happened to us, but that is what internal competition is for, so that those who don’t have to play play and perform, that is functioning, rhythm and having the players in good shape. To those who play so that they don’t leave, and to those who enter so that when no structure suffers. That is our challenge , to generate a team that gives us that confidence and that solidity. There are good things when you lose and we draw conclusions both in defeat and in victory”.

Leonel Vangioni’s injury and the hug they gave each other on the field: “I found out, I asked one of the doctors if he had suffered a major injury and I was very sorry. I love him very much, I extend that hug to support him in this moment of pain and suffering”.

Valerie Domínguez uploads discussion with her husband to social networks

Agents of the National Guard are detained in Michoacán; they demand in exchange the release of 164 detainees of the armed group Pueblos Unidos