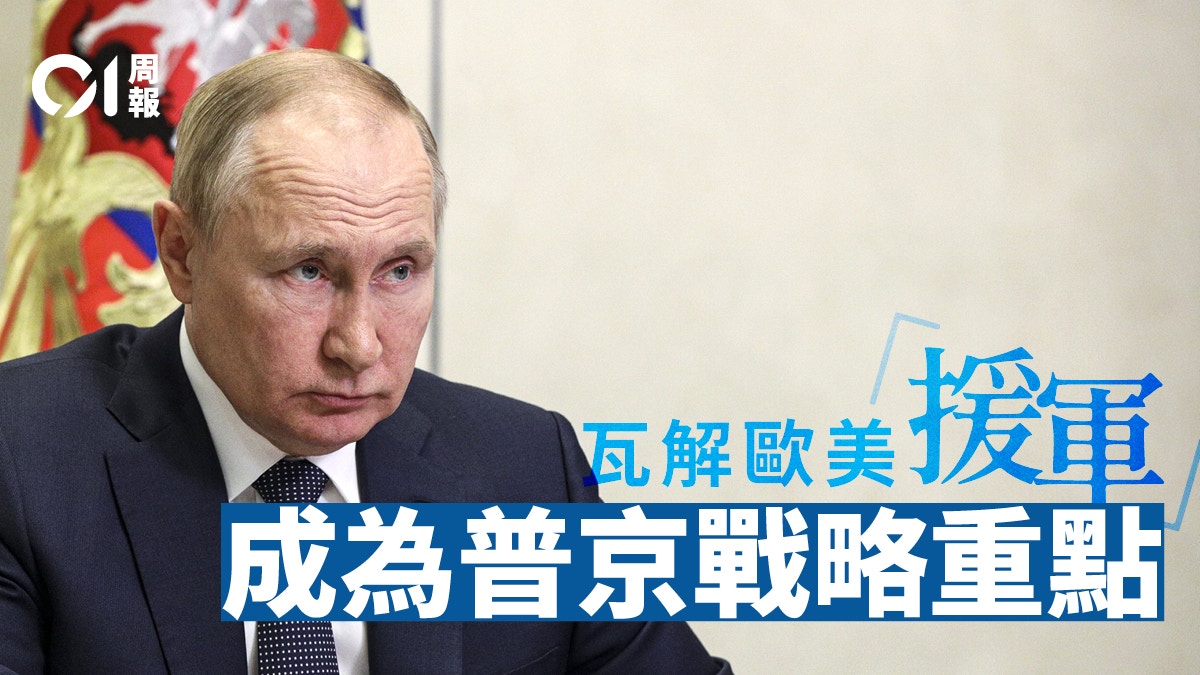 The Russian-Ukrainian war has been going on for more than five months, and descriptions such as “normalization of war” and “war of attrition” have become clichés. A month ago, after the Russian army captured the last two Ukrainian-controlled cities in the Luhansk region of Donbas for a long time, its progress on the eastern Ukrainian front is still slow. The Russian artillery advantage also seems to have been greatly weakened by the appearance of the HIMARS on the battlefield. Kherson, the only fortress city on the west bank of the Dnieper River occupied by Russia at the beginning of the war, is in danger of being recaptured by the Ukrainian counterattack.

The city of Kherson is located on the west bank of the Dnieper River (Dnieper River), which divides Ukraine from north to south. At the beginning of the war, it fell into the hands of the Russian army quickly. It is the infrastructure for the water supply in Crimea, and is the only area under the control of the Russian army on the west bank of the river. It is also the only state capital that the Russian army has won since the start of the war. If the Ukrainian army can retake the city, it will prove that the Ukrainian side really has the ability to counterattack, and will greatly stimulate the determination of Europe and the United States to continue to support.

The reason why the Russian army was able to quickly conquer Kherson shortly after the war started in early March was mainly because the Ukrainian security personnel who were accused of smuggling Russia did not succeed in blowing up the Antonivskiy Bridge across the Dnieper River, and they did so before the Russian army arrived. Retreat, so that the Russian army can easily cross the river to occupy. But after the Russian army captured Kherson, the bridge became a strategic weakness on the battlefield – the Russian army’s supplies almost entirely depended on the traffic of the bridge.

The location of the Antonivskiy Bridge. (Google Maps screenshot)

The Ukrainian army used Haimas to attack the bridge several times in late July, in an attempt to cut off the Russian army’s land supply in Kherson, forcing the Russian side to use the waterway across the river, making it an easier target for the Ukrainian army to attack. As of last Wednesday (July 27), Kirill Stremousov, the deputy head of the Kherson region appointed by Russia, publicly admitted that the bridge was attacked by Haimas and was no longer passable, claiming that the pontoon bridge and ferries would be used as supplies, and repair the bridge in the short term. At the same time, the dams located further upstream from Kherson for the supply of water to Crimea were also attacked by the Ukrainian side.

In the face of the Ukrainian counter-offensive, the Russian army on the one hand intensified its bombardment of the Ukrainian front-line city of Mykolaiv, and on the other hand, dispatched troops from the surrounding areas to support the front line of Kherson. This shift in the key battlefield is believed to further hinder the advance of the Russian army in Udon Donetsk.

On July 20, Russian Foreign Minister Sergei Lavrov said that the objectives of the Russian military mission were not limited to the previously declared separatist strongholds of Udon Luhansk and Donetsk, but also expanded. To “Kherson, the Zaporizhzhia region, and some other regions”, echoing speculation that Russia will launch public votes in various places on Russia’s polling day on September 11 this year. The Institute for War Studies (ISW), a Washington-based think tank, reported on July 29, citing Russian media and Russian officials, that the United Russia Party actually led by Putin was under the banner of “We are with Russia” in the Russian-controlled area. Ukrainian states create public opinion for returning to Russia.

However, judging from the current battle situation, the Russian army is unlikely to be able to capture the entire territory of Donetsk in the next month or so, and Kherson, who was strongly counterattacked by the Ukrainian army, is also difficult to see the relative stability required for the referendum.

The situation on the Ukrainian battlefield, with the support of European and American weapons, seems to be tilted toward the Ukrainian army again. However, in the context of the stalemate in the months of war, the real battlefield may no longer stay in Ukraine.

Putin understands that Ukraine itself cannot fight against Russia alone, and the strength of its resistance depends entirely on the continuous support of European and American countries.

For details, please read the 328th issue of “Hong Kong 01” Electronic Weekly (August 1, 2022) “The real battlefield of the Russian-Ukrainian war is no longer in Ukraine》。Click hereTry the weekly e-newsletter for more in-depth coverage.