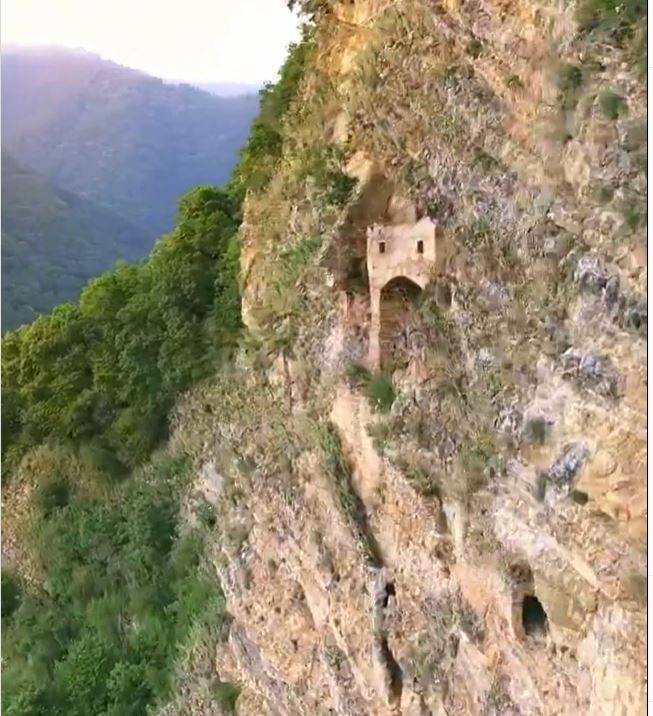 There is a mysterious “Parigala” (Fairy Castle) at the foot of the mountains in the northwest of Azerbaijan. The reason for its construction is a mystery. (Flip from Instagram)

[Real-time news/comprehensive report]Azerbaijan connects Western Europe and East Asia. It is located in the southern Caucasus Mountains. At the foot of the mountains in the northwest of the country, there is a mysterious “Parigala” (Fairy Castle) with a history of thousands of years. Due to the remote location of the castle and the difficulty of climbing the mountains, most residents have not visited it. The reason for the construction remains a mystery.

According to comprehensive foreign media reports, the “Fairy Castle” occupies a nearly vertical cliff and was completed in the 4th to 8th centuries. Despite its rich historical heritage, the castle has not become a popular tourist attraction due to inconvenient transportation. If people want to see the interior of the castle, they must drive through narrow and rugged roads, and then walk through steep and slippery paths. The roads are covered with layers of leaves and are difficult to distinguish.

There are different opinions on the reasons for the construction of the castle, but there is a poignant myth that is rumored in the local area. According to legend, the Mongols occupied this place thousands of years ago, and Khan wanted to marry a local woman, so he picked Pari, the daughter of a wealthy businessman. Parry did not want to marry Khan and asked people to build a castle on the cliff so that she could live in the castle and escape the marriage. However, the Mongols stand on the foot of the mountain every day, and Pali jumped from the castle under the pressure, leaving the remains for people to pay their respects.

It is rumored that the last person to visit the castle was local wrestler Mammad Darudov. He successfully ascended the castle in the 1970s, and no one did it again. The strong and sturdy Darudov placed an emergency ladder on the mountain road and inserted a thin trunk at the bottom of the ladder to successfully complete the challenge; he also tried to build a walkway to the castle, but failed.