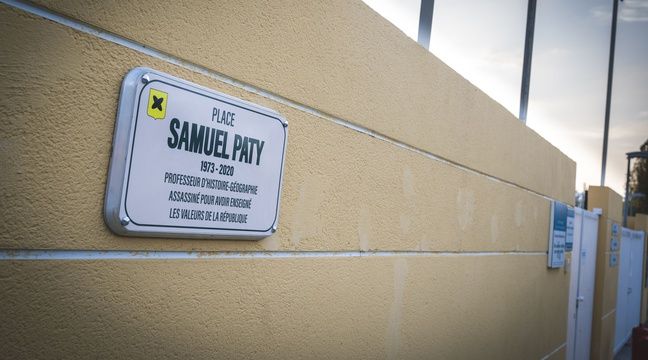 The rectorate of Versailles (Yvelines) on Sunday recognized this “awkwardness” after the publication, quickly withdrawn, of a job offer for a post of professor of history and geography in the college of Conflans-Sainte-Honorine where taught Samuel Paty. It is not specifically the position of the teacher, beheaded in mid-October after showing caricatures of Muhammad to his students, which was in power, explained the rectorate.

“Two experienced teachers, tenured and volunteers were appointed two weeks ago to take charge of the students of Samuel Paty at the college of Bois d’Aulne”, he detailed, while acknowledging that “this inappropriate announcement” was a ” clumsiness “.

The offer, which is now no longer online, was withdrawn from the Pôle emploi site a few hours after being published on Sunday. Offering a 10-month fixed-term contract, it aimed to fill a post of professor of history and geography. “Beginner accepted,” she said.

On Twitter, the Versailles section of Snes-FSU, the first secondary school union, denounced an “unbearable” announcement and welcomed its withdrawal, recalling the “requirement for serious and dignified treatment of this situation”.

The rectorate also specifies that “some college staff are currently on sick leave” but that “almost all of them have been replaced” in this establishment still very marked by the assassination of Samuel Paty.

In this context, and “to anticipate possible new needs on the establishment, the recruitment of another teacher of history and geography is underway”.