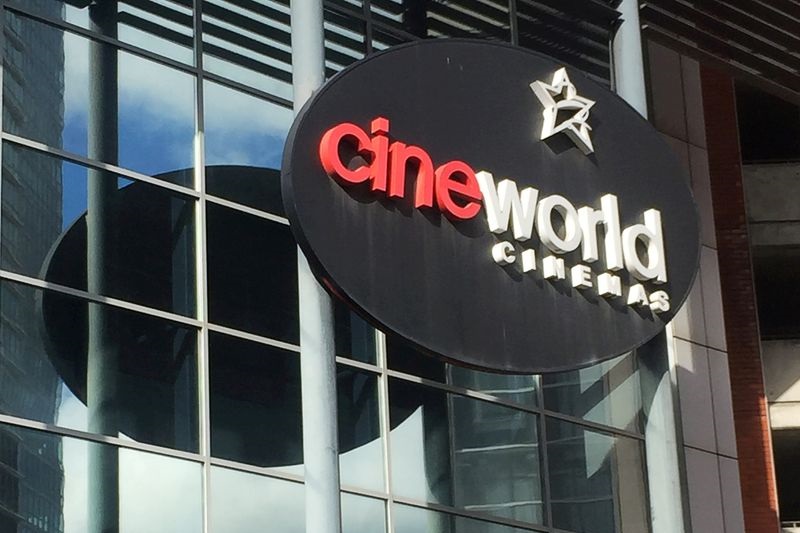 The Financial Associated Press (Shanghai, editor Shi Zhengcheng), as the latest 007 series film “No Time to Die”, which has been delayed for a full year, has landed in theaters on September 30, local time in the UK, the British Film World Group has been hit hard during the epidemic. (Cineworld Group) took this out of a round of rising prices.

The London-based movie chain has increased its share price by nearly 25% in the past week, which is expected to set a record for the largest monthly increase since February this year. Although the stock price has risen continuously, the company’s current market value of 1.1 billion pounds (approximately $1.5 billion) is only a quarter of the 4.4 billion pounds at its peak in 2018.

(Source: Yahoo Finance) As Daniel Craig’s last Bond film, after its premiere on the 29th, the well-known film review website Rotten Tomatoes lifted its ban on comments. More than 90% of 137 professional critics gave recommendation ratings. After its premiere in the UK, the film will also be registered in the U.S. and Chinese theaters in October.

Financial institution Hargreaves Lansdown market analyst Susannah Streeter explained that, considering the tragic story of the film industry during the epidemic, the box office of Bond films has become a new scenario that drives the stock price of the film world. A 007 movie alone will not be the secret weapon for the recovery of the film market, but a series of subsequent blockbuster works have been released, making the company’s future path look smoother.

According to multiple media reports, the production cost of “007: No Time to Die” is roughly US$300 million. According to industry practices, the box office of a movie must be at least double the production cost to barely return the cost. However, the recent new work of Marvel Universe and the global box office of “Number One Player”, which promoted the concept of meta-universe, both exceeded US$300 million. It also made the investment market full of expectations for the “007” series to blow the horn of the theater counterattack.

Although the long-standing backlog of theater movies is gradually released for global theaters, there are still many investors who believe that in the context of the rise of streaming media giants such as Netflix, the investment logic of the entire industry has undergone a fundamental change. Change. According to IHS Markit data, although the short-selling ratio of free float shares in the film world has fallen from the high of 32% in October last year, it is still at 20%.

Stephen Payne, portfolio manager of Janus Henderson, said that there are many concerns about structural changes in the industry at present, so the stock prices of companies in related industries can fluctuate sharply up or down, depending on whether there is good news or bad news.

Disclaimer: Fusion MediaI hereby remind you that the data contained in this website may not be real-time and accurate. All CFDs (such as stocks, indices, futures), cryptocurrency and foreign exchange prices are provided by market makers rather than exchanges, so prices may not be accurate and may differ from actual market prices. That is to say, these prices are only indicative prices and should not be used for trading purposes. Therefore, for any transaction losses that may result from the use of such data,Fusion MediaWe do not assume any responsibility.

Fusion MediaOr anything withFusion MediaThe person concerned does not accept any liability for loss or damage caused by relying on the data, quotations, charts and buy/sell signals contained in this website. Please fully understand the risks and costs associated with financial market transactions. This is one of the most risky forms of investment. The English version of this agreement is the main version. If there is a discrepancy between the English version and the Chinese version, the English version shall prevail.