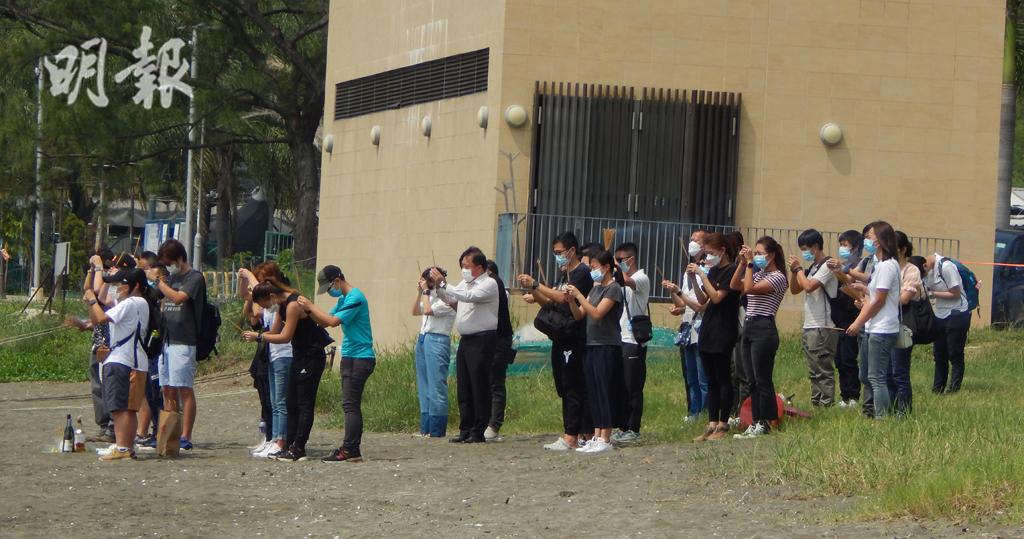 At about 9:50 in the morning, the floating corpse was transported to the Tai Lam Marine Police Base by the Marine Police Ship. The corpse was lifted on a stretcher and transported to a blue tent. The moment it was lifted to the ground, a Marine Police officer placed his right hand on his left chest and directed Armrest salute to the body to show respect. According to on-site news, relatives, friends and colleagues of the female senior inspector came to the scene, and some female relatives and friends were emotional and hugged and comforted each other.

At nearly 1 o’clock in the afternoon, Wu Gong arrived at the scene and carried the body onto the car. During the period, a number of marine police lined up to see off, and many marine police speedboats circled the sea to see off. Family members and relatives of the deceased also boarded the police boat at noon and went out to sea to worship at the location of the accident. At about 1 pm, about 30 relatives and friends went to the shore of Longgutan to worship. There was no religious ceremony. They only offered incense, bowed, and burned the gods on the shore.

At 8 am the day before yesterday (25th), when a police interceptor boat was chasing the smuggled speedboat off the sand bar in western waters, it was suspected of being collided and capsized. Four policemen on board fell into the sea. Three of them were rescued. Female senior inspector. Lin Wanyi’s disappearance, many government departments conducted sea and air searches, and the Chinese Coast Guard also joined in the rescue.

It is understood that Lin Wanyi is married and has no children. She joined the police force for many years. She was born as a “red pants” and started as a police officer. About 10 years ago, she was promoted internally to an inspector and later became the first female commander of the small boat team. .

Related reports on the death of policewoman Lin Wanyi: