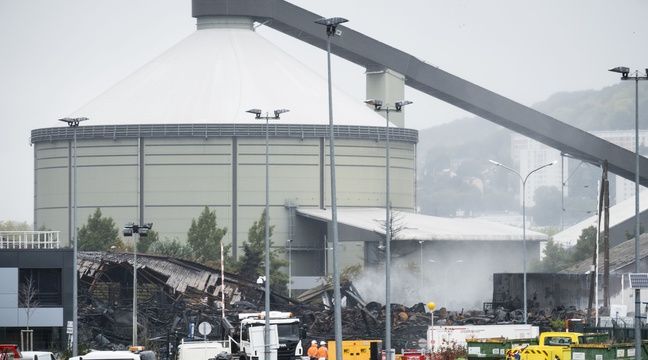 The removal of the dangerous barrels which remain on the Lubrizol site since the fire outside the norm of September 26 is almost finished, a step “extremely important”, said Monday the prefect of Normandy.

“We can say today that at the end of January all of the barrels will have been cleared from the site,” said Pierre-André Durand during a press conference at midday.

The prefect spoke after a committee for transparency on the fire during which the state services specified that there are 135 barrels to be treated, including 10 sensitive.

There were initially 1,389 drums to be removed. Among them 166, weighing 200 kg each, potentially dangerous.

“Odors are always persistent near the Lubrizol site,” however, regretted during the committee, Charlotte Goujon, PS mayor of Petit Quevilly, a municipality which adjoins the factory. “You should know that Quebeckers live with a bag with a few things in it, ready to go,” she added.

Another sensitive subject discussed Monday at the committee, the presence of aromatic hydrocarbons (toluene, xylene, ethylbenzene) in the breast milk of nine young mothers from Rouen who have had their milk analyzed.

But according to the prefect, pollution of the same type was noted in analyzes of breast milk even before the fire in Lubrizol and they are also found in other urban or industrial areas in Lille, Dijon and Toulouse.

Given the low values ​​measured, these analyzes “should not call into question breastfeeding”, he said, also affirming that variations in the quality of breast milk “remain unexplained to date” .