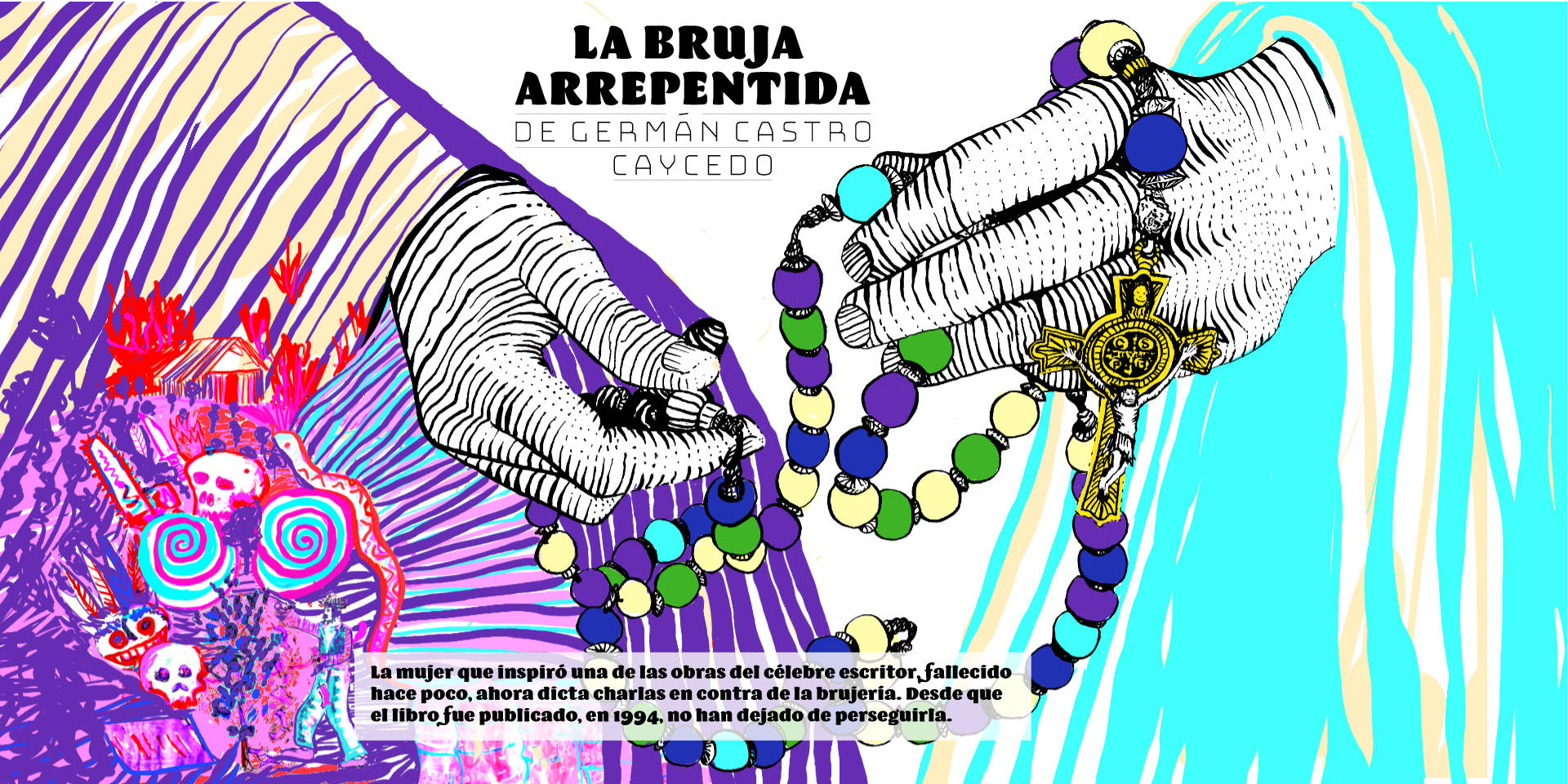 All these stories were told to Castro Caycedo during the very long days and during the months – almost a year – in which they talked until the book was released.

“Mother Alicia took me to Monsignor Alfonso Uribe. I made a confession of all my life, but when I got home they called me to do a little job and I said: What is my nonsense about going to pray instead of earning money? I fell again. After doing a lot of witchcraft and visiting so many witches, any day I accompany some people to do witchcraft and my body begins to itch, as if they were sticking pins into me; I begin to feel uneasy, to not be able to sleep. I knew they had put a curse on me. He was unable to swallow and hardly even speak. I heard a voice saying: ‘Kill yourself’.

“And who sent him to do a curse?”
When the father exorcised me, he asked the spirits that possessed me who they were, to say their names, and they were two classmates from the university who had no reason to love me or why hate me. I’m not going to judge them. They could have been as wrong as I was. What moved them? My pride, because I thought I was very powerful. I have found them. One does not speak to me, but I have chatted with the other. They are forgiven.
“What about the people you did witchcraft to?”
The first thing I did was lead those people to God. And I had the great opportunity to take almost all of them. In that regard, I’m very calm because I asked for their forgiveness and tried to get them out of all that.

The day the author died was the same day that Monsignor Uribe Echeverry died: July 15; 28 years ago.

-What a coincidence!
“No coincidence, mijo: a ‘Diosidencia’she says, making it clear — once again — that she doesn’t believe in anything that sounds like Kabbalah.

Even when he had retired from the diocese, Monsignor Alfonso Uribe Jaramillo continued to fight against Satan: he exorcised, healed, expelled spirits, liberated. Now, at the beginning of the century, under a sky of satellites placed by man, beyond the laser and the internet, he had resolved to stand in front of the ‘enemy’, praying, conjuring the spell, pronouncing those psalms that made people stoop and spit out worms, slam against the walls, destroy with supernatural force whatever they reach.

The ex-witch is very sorry for the death of mother Alicia, but is grateful that she is now a saint in heaven.

“We do not doubt that she is a saint and that in time, if it is the will of our Lord, she will be our doe, our blessed and our holy Alice,” she says, recalling that thus, then, the religious and missionary Laura Montoya, the first Colombian saint – canonized in May 2013 by Pope Francis in the Vatican – would have a countrywoman on the altars.

“The Diocese of Sonsón Rionegro (Colombia) mourned the death of Mother Alicia Echeverri Calle, founder of the Hijas del Fiat community, who left for the Father’s House on June 25 because of covid-19,” the Catholic portal highlighted AciPrensa, which is like the CNN of the world’s Catholics. Weeks ago, the same bug had killed the mother superior of her community — present in different cities in Colombia, Mexico and Italy — Mother Judith López.

Castro Caycedo described the then sister Alicia as a tremendous nun who exorcised and was capable of expelling demons. He also spoke with her, to ask how he helped the witch to stop being a witch, and thus he quoted her in his book:

I protected myself first with the Blood of Christ. Then I tied Satan so that he could not do evil (even at this moment, here, Lord, we tie any evil force to your Cross), because when one is dealing with these issues he can receive an attack (…) take revenge in some way because it does not suit him that his kingdom be
destroyed.

(Germán Castro Caycedo talks about air leadership in the war)
​
“How did you get to witchcraft?” I ask him.
—When I was very young I met a person who guessed luck and whom many of us visited as a hobby. That person taught me. I started with letters and cigarettes and became an expert. I was leading other people to believe in what I was believing.
“And now she’s a Catholic preacher …
“It is a walk towards God.” And to walk towards God you have to teach others to choose the path. My talks are based on an experience and the only thing I seek is that people do not fall into the error in which I fell and that they do not change the only God that exists for a number of gods that swarm.