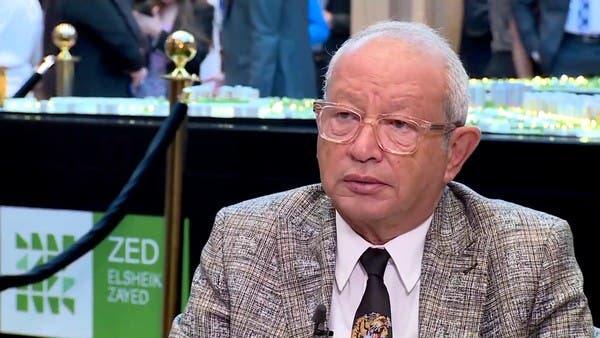 The journalist and member of the Egyptian Parliament, Mostafa Bakri, commented on Tweet written by businessman Naguib Sawirison his account on “Twitter” regarding the fire of Abu Sefein Church in Imbaba, calling on the Public Prosecutor to investigate the latter.

and caused Sawiris’ tweet In a sensation among the activists of the communication sites in Egypt, they called on the Egyptian billionaire to wait for the results of the investigations into the accident.

Bakri said, through a comment on the Egyptian channel “TEN”, that “Naguib Sawiris is writing a tweet against the winds with the aim of provoking problems, crises and strife,” according to what “Akhbar Al-Youm” quoted Bakri as saying.

He pointed out that “Sawiris aims with this tweet that there is an actor behind the incident, without possessing evidence, a press statement, or a statement from the church or any witness. He also spoke in the form of an official spokesman for the Copts, and this language is unacceptable,” considering that “Sawiris incites to the state, and to spread false information that is not true.”

Bakri called on the Public Prosecutor to “investigate Sawiris to stir up sedition and set fire to a country that faces challenges from within and without.”

He directed his speech to Sawiris, saying: “What did you do to the church? Did you go to offer condolences to the families of the victims? Did you go to visit the injured in hospitals?… Brother Sawiris, do not slander the Egyptian state.”

I did not want to write a condolence before knowing the details of the accident, because in Upper Egypt we do not accept condolences until we know the details and know the perpetrator! God is the avenger! And it is he who will bring the right of the victims.. My condolences to all of Egypt, to all Muslims and Christians, because everyone who worships God is sad 💔

And businessman Naguib Sawiris wrote: Tweet on his Twitter account It stated: “I did not want to write a condolence before knowing the details of the accident, because in Upper Egypt we do not accept condolences until we know the details and know the perpetrator! God is the avenger! God is sad.

The journalist Amr Adib had Comment on Sawiris’ tweet During the “Al-Hekaya” program, on the “mbc Egypt” satellite channel, saying: “I do not understand the publication and what Eng. Naguib means, some sentences are not able to understand them,” adding: “It is clear that the intent is not easy, of course, the impression is that he is angry, which is normal, But there are other impressions, he may know something we don’t know.”

He also added, “We will not anticipate events, and await the outcome of the investigations into the accident through the report of the criminal lab and the statement of the Public Prosecution,” asking: “Does Naguib Sawiris have other information? This is something that will be revealed in the coming days.”

The Abu Sefein Church in Imbaba, Giza Governorate, Egypt, was subjected to a horrific fire on Sunday, killing 41 people and wounding 14 others.

Initial investigations attributed the cause of the fire to a short circuit, according to a statement by the Ministry of the Interior, while the Egyptian Minister of Health said that the smoke and stampede during the attempts of those present to escape from the fire were the cause of the deaths.

Leaked information of lawyers and journalists close to Julian Assange; The case against the CIA