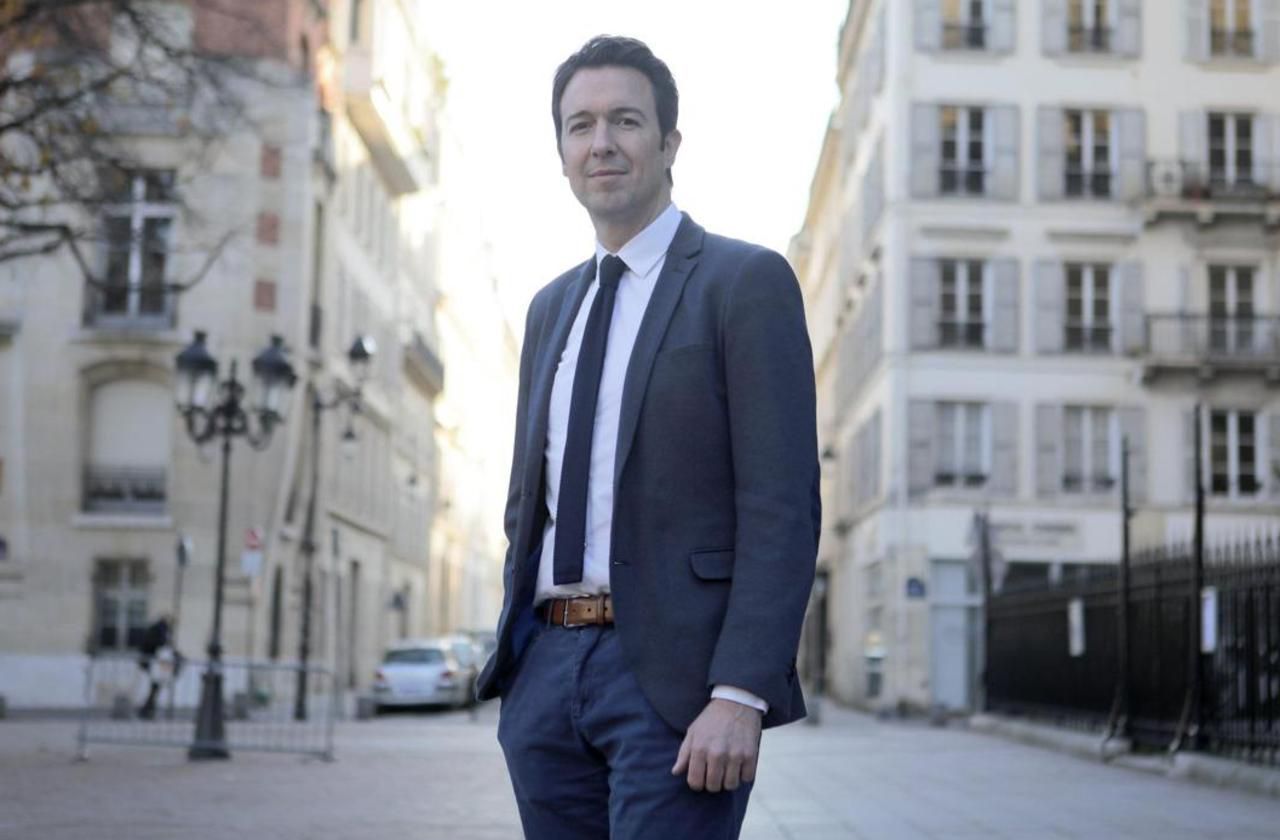 He grabs a checkered sheet and nervously scribbles circles, lines, abbreviations. It looks like a Rorschach test (Editor’s note: drawings used for psychological assessments), but for Guillaume Peltier, it is the new political landscape. The right-left divide continues to exist, but is no longer essential, estimates number 2… of the French right.

Several other cleavages are superimposed, but the one to which the Associate Vice-President of LR is most attached is the one who opposes the “first of the rope”, Emmanuel Macron’s clients, to the “last of the rope”, fond of Marine Le Pen. The alpine metaphor allows him to create a concept of which he is so proud that he has made it the title of his book, published in October: “middle of the rope”.

These middle classes – from which he himself comes, as he keeps repeating – obsess Guillaume Peltier. It is they, insists the deputy for Loir-et-Cher, that the right must win back. He recalls that in 1995, Chirac won over the “social divide”; that in 2007, Sarkozy won with his “work more to earn more”. “The strictly financial gaze of the right prevents him from understanding social downgrading,” he attacked in his book, targeting in particular the campaign of François Fillon.

“The right has locked itself in a dead end”

When Macron pre-empts liberalism, does it not remain on the right that this social niche? “For me, replies the deputy vice-president of LR, it is a conviction… coupled with an electoral opportunity. To hear him say, his party’s position on work should be simple. “Neither finance nor assistantship”, he claims, with accents that borrow from François Hollande as well as Laurent Wauquiez.

The former president of LR, who left after the fiasco of the Europeans, however, also wanted to be the spokesperson for the middle classes. “Some people thought that to be popular, it was enough to speak of identity. For ten years, the right has locked itself into an impasse, ”replies Guillaume Peltier.

However, he himself has long shaped identity material. In 1996, while at the National Front, he created Jeunesse Action Christianité with Nicolas Bay, today RN MEP, before becoming Philippe de Villiers’ right-hand man. “I was not a centrist at 20,” admits Guillaume Peltier. A soft understatement which allows him to claim “the pride of a course that was not smooth”.

“The originality of the best is to escape single thinking,” he said today, citing Nicolas Sarkozy, even if it seems immodest. Guillaume Peltier continues to exchange regularly with the former President of the Republic in his office on rue de Miromesnil: “He often tells me that it is ideas that lead the world”.

Message received five out of five. In his latest book, the 43-year-old MP develops nine shock ideas “that will spark debate,” he warns at the outset. Pell-mell: a “general salary increase of 20%” in return for the elimination of all employee and employer contributions and the creation of a 2% tax on financial transactions, the reinstatement of the ISF except for property owners and investors in SMEs, the contribution of one billion euros from motorway companies to maintain secondary roads or the creation of an international climate tribunal …

See Also:  Variant of the coronavirus in the United Kingdom: the French in London will be able to return for Christmas

Breathtaking proposals? Guillaume Peltier admits looking across the Channel at the example of Boris Johnson who campaigned, on Brexit of course, but also on “social justice” and “renouncing austerity”. The Prime Minister, he supports, reduced the conservative party from 9.09% in European elections in May to 43.5% in the legislative elections in December.

It remains to be seen whether LR will follow. On pensions for example, this was not the case. It must be said that in his book, Guillaume Peltier advocates “the creation of a single pension system by points”, like the reform of the government! “When his book came out, he was a little heckled by colleagues,” slips a deputy, member of the LR management. The liberal wing of the party is wary of it. “Peltier, it’s the right Mélenchon. The grid of the right is not to be against the spirit of initiative ”, attacks Othman Nasrou, the leader of the right at the regional council of Ile-de-France. “He seeks to seduce the popular electorate, but we must be careful not to alienate others”, warns the former secretary general of LR, Annie Genevard.

“My journey may suggest that I am divisive, my character demonstrates the opposite,” replies Guillaume Peltier who says he had lunch recently with the liberals Eric Woerth and Bruno Retailleau. Whoever still presented himself as the “anti-system” in June, when he hesitated to face Christian Jacob in the internal election, now likes to pose as a “unifier”. He is pleased to have the ear of Jean-Louis Borloo as of Xavier Bertrand. François Baroin, who refused to speak to him five years ago, did he not come in person to support him in the legislative elections? This week, Guillaume Peltier met Jean-Pierre Chevènement to whom he spoke about industrial policy. “Macronism erases many of our differences,” he explains. In January, he must see Nicolas Hulot who, he says, contacted him to discuss his proposed financial transaction tax.

See Also:  the number of patients in intensive care down slightly in France

Eclectic and essential to the point of thinking of the Elysée? “It would be beyond pretension, for me or for anyone in my political family,” he replies, lucid about the state of the right. “Mayor […], member of the nation, this is not an end in itself. This is just the beginning, ”he wrote in his book, however. Even when the air is scarce and you are in the middle of the rope, you can dream of climbing.