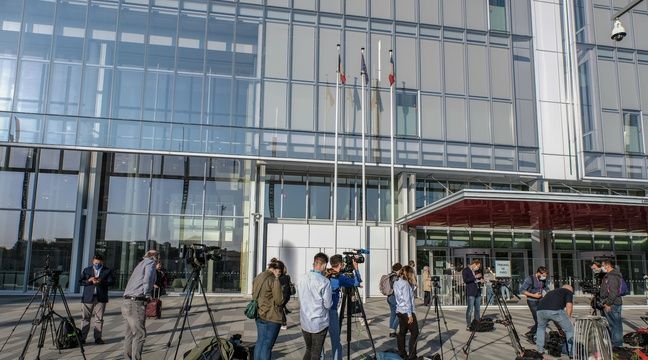 The resumption of the trial of the attacks of January 2015 is “envisaged” Wednesday, subject to the positive evolution of the state of health of the main accused, indicated this Saturday the president of the special court of assizes of Paris Régis de Jorna .

The trial was suspended for the first time on October 31 when Ali Riza Polat had tested positive for the coronavirus. Since then, this suspension has been extended several times for health reasons. Régis de Jorna considered resuming the trial on 23 November by resorting to an order issued by the government “authorizing the use of an audiovisual telecommunication means before all criminal courts”, that is to say by allowing Ali Riza Polat to follow the trial by videoconference. But faced with the outcry among the lawyers, hostile to this method of appearance, the videoconference was ruled out, and the trial once again suspended.

The verdict of this trial is now scheduled for December 16.

A new health exam on Monday

In a message forwarded by the National Anti-Terrorism Prosecutor’s Office, Régis de Jorna explains that the “favorable development” of Ali Riza Polat’s state of health “makes it possible to consider” the resumption on Wednesday morning, subject to confirmation during a new health examination Monday at the end of the day.

According to Régis de Jorna’s message, if the trial resumes on Wednesday, the provisional schedule provides that the weekend will be devoted to following the pleadings of the civil parties. Monday 7 and Tuesday 8 in the morning will be devoted to the indictment of the two anti-terrorism prosecutors, before the defense pleadings until Monday 14, then the floor given one last time to the accused.

Fourteen people in total are tried by the special assize court of Paris, including three in their absence, for their alleged support for the Kouachi brothers and Amédy Coulibaly, perpetrators of the Charlie Hebdo, Montrouge and Hyper Cacher attacks, who killed 17 people. The trial, which opened on September 2, was originally scheduled to end on November 10.