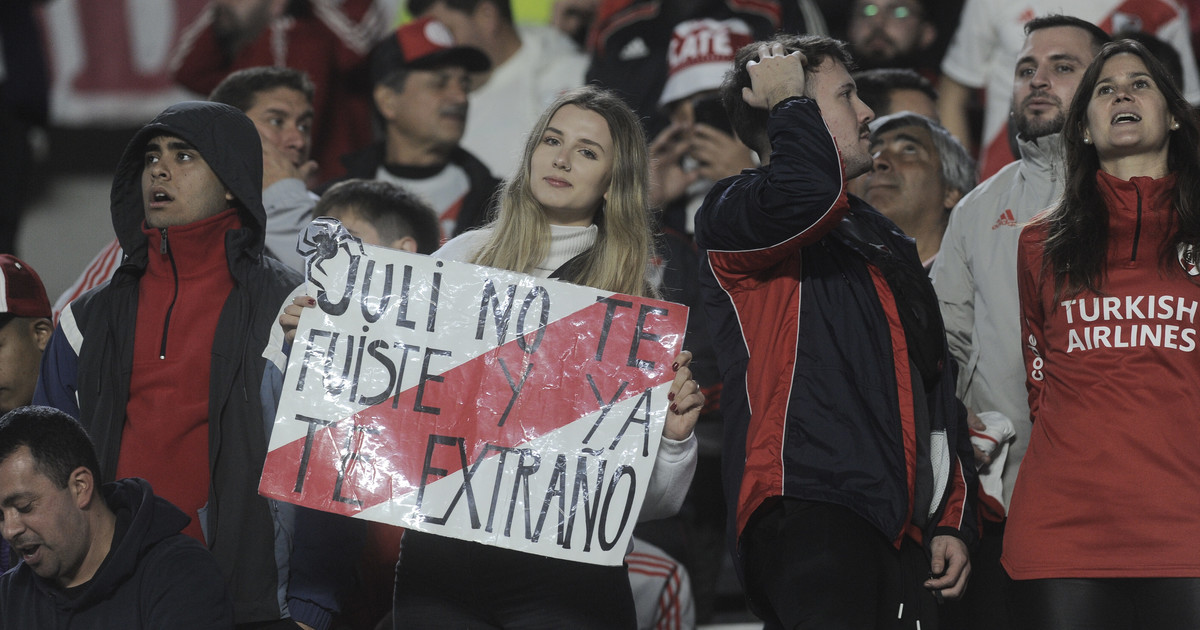 River Plate y Velez Sarsfield define this Wednesday the round of 16 series of the Libertadores Cup. The millionaire has the obligation to win to try to reverse the 0-1 he suffered in Liniers and try to reach the quarterfinals, where he will face Colón de Santa Fe or Talleres de Córdoba.

The match is played at the Monumental stadium, in the Buenos Aires neighborhood of Núñez, refereed by the Chilean Roberto Tobar and televised by the ESPN signal. In charge of the VAR will be the Brazilian referee Rafael Traci.

In the first leg played last week at the José Amalfitani stadium, in Liniers, Vélez won 1-0 with a goal from Lucas Janson, from a penalty kick, therefore, with a win or a tie, the Velez team will go through the phase.

PT 10min Vélez comes out of the initial overwhelm and arrived with danger: Walter Bou finished off and Armani deflected to the corner kick.

Braian Romero missed it! Great collective play by River that at the beginning of the game had the first chance

It’s foggy and it’s raining at the Monumental: but the game is still going! River and Vélez started

This is how the public is covered in the Monumental. Photo Juano Tesone

Cacique Medina’s team to bank the difference in the Monumental!
Vélez needs not to lose to advance directly to the quarterfinals.

The drums are ready in the preview!
As for a couple of weeks, the River leadership accompanies with the soundtrack composed by genuine fans of the club.

How is the definition?
If River wins by a minimum difference, there will be a definition through shots from the penalty spot.
If he wins by a greater margin, he will advance to the quarterfinals directly.
Any other result classifies Vélez.

Vélez needs to repeat his intensity to prevent River from getting into a rhythm. Photo: EFE/Juan Ignacio Roncoroni.

The cold night of Núñez will have a very special extra seasoning: It will be the last time for Julián Álvarez with the River shirt in front of his people.
How was your transformation from the shy kid who came from Calchín to the absolute star who goes to Manchester City?
Read more…

Julián Álvarez will have his last performance with the River shirt against Vélez at the Monumental stadium. Photo: MARCELO CARROLL – CLARIN

A context for the importance of this match?
tells you Maximilian UriaClarin journalist.
River and Vélez, for the Copa Libertadores: one will follow his dream and the other will finish his year before the winter holidays.
Read more…

An image of the first leg match between Vélez and River in Liniers. Photo MARCELO CARROLL – CLARIN

A lot of fog and persistent drizzle over the Monumental, which promises to be packed as on so many other nights in the cups. Will it be enough to wake up River or will it give Vélez more push?

The fog due to the proximity to the Río de La Plata mixes with a light drizzle in the Monumental, hours before the rematch between River and Vélez for the Copa Libertadores. Photo: TV capture.

River left a meager image, not only because of how he was overcome, but because he had no reaction to counteract the intensity of Velez.
Marcelo Gallardo He trusts that the push of a full Monumental will make him rediscover his best version.

Velez got the advantage thanks to a penalty generated and converted by Lucas Janson in Liniers, although wasted many chances of expanding the marker, due to its inefficiency and the work of the goalkeeper Franco Armani.

Welcome to the round of 16 rematch of the Libertadores Cup in between River Plate y Velez Sarsfield!
We will tell you the preview, the match and the post, minute by minute.