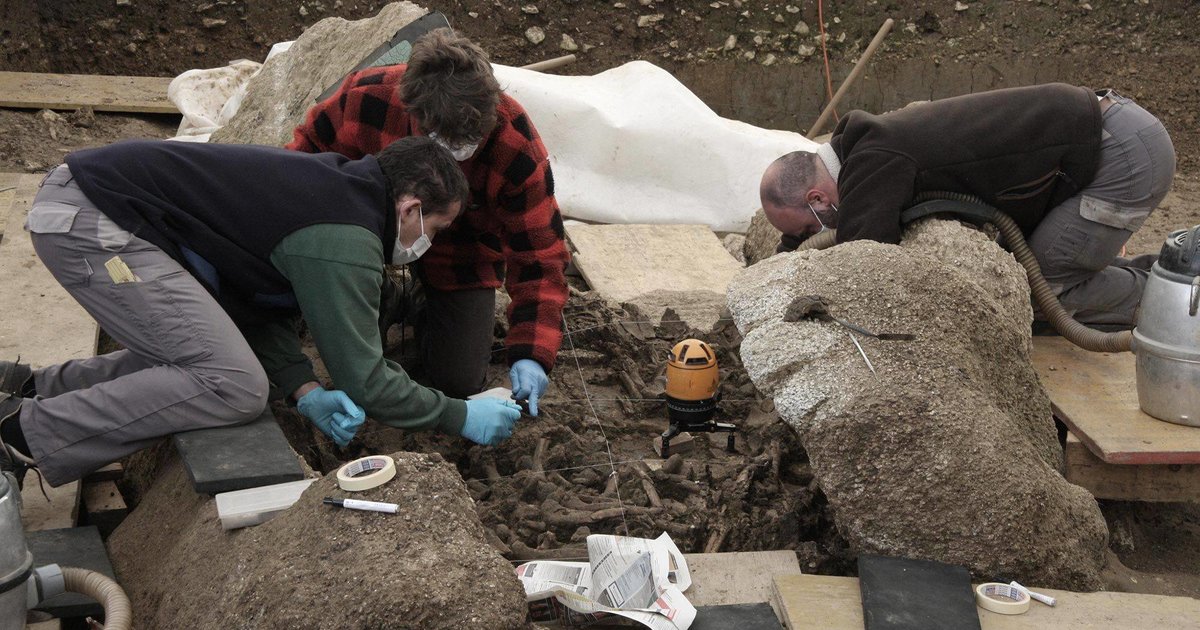 An ancient dolmen-shaped burial explored in Oberbipp (BE) dating from the Neolithic period discovered in 2012 turned out to be a real treasure for science. Ten years later, the multidisciplinary research team, co-funded by the Swiss National Science Foundation (SNSF), published its results in the Journal of Archaeological Science: Reports.

Combined with previous research, new knowledge about the construction and history of this dolmen delivers a surprisingly clear picture of the humans who lived 5,000 years ago at the southern foot of the Jura.

“During these ten years, thanks to a leap in the development of methods, especially in the field of anthropology, we have managed to discover much more than we had dreamed of”, explains Marianne Ramstein, of the Archaeological Service of the canton of Bern, quoted Friday in a press release from the SNSF.

The researcher was especially interested in the construction of the dolmen which is exceptionally well preserved. She discovered that the stones used for the burial chamber all came from an area within a radius of about one kilometer.

“Significant resources were used for this burial”, she says: “We intentionally chose different kinds of stones and they were carefully assembled, which testifies to good technical knowledge”.

Marianne Ramstein mentions, for example, the choice of a freestone slab for the entrance. It is a rock that is easy to work and to adjust.

Together with the University of Basel, Marianne Ramstein and also determined what happened to the dolmen in subsequent eras. Probably still visible during the Roman Empire and the early Middle Ages, the tomb still received visitors, as evidenced by contemporary ceramic fragments.

From the Middle Ages, the lands were then regularly flooded in order to make them fertile. The swept away sediments gradually covered the tomb; in Modern times, only its summit still appeared.

“This way of practicing agriculture, typical of the place, prevented it from being discovered earlier and avoided its very good conservation”, notes the researcher. Fine sediments also blocked the spaces between the stones, which allowed the preservation of the skeletons of 42 people buried there.

Three generations of men buried in the same place

Research by a group of authors from Sandra Loesch, University of Bern, and by a team from the Max Planck Institute for the Science of Human History in Jena (D), as well as other sources of information. The scientists notably examined the bones, determined the chemical composition of the teeth and looked for family ties through DNA analysis.

Related men of at least 3 generations were buried there, which shows that a population had settled permanently near the dolmen. The women buried there may have been from other regions. The research also leads to the conclusion that the food of the buried people came mainly from the cultivation of the fields and a little from livestock.

“Around the Swiss lakes, we have already understood many vestiges of peoples dating from the Neolithic era. But until now we knew nothing about the people who lived in the hinterland at that time, ”said Marianne Ramstein.

It is rare that constructions, ceramics or skeletons are preserved. “The site discovered in Oberbipp helps us to fill this gap”, concluded the specialist.

Ukraine: kyiv hit in the middle of a visit by the UN chief, the East and the South under the bombs

Today, ‘Mama-Wai-Wai-Yum Yum’ discusses the Ministry of Commerce to raise the price of noodles by 1 baht per pack to 7 baht.