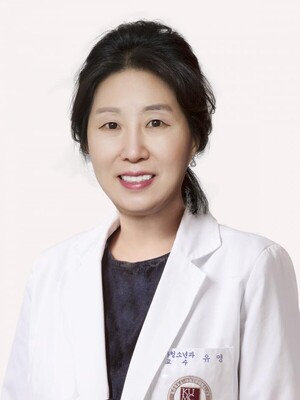 [의학신문·일간보사=김현기 기자] Allergic rhinitis is one of the most common chronic diseases in children and adolescents, and its long-term symptoms affect the quality of life of patients. The allergy march is a concept in which children with allergic tendencies have food allergies and atopic dermatitis from an early age, and most improve as they grow up, and other allergic diseases such as allergic rhinitis and asthma occur.

In addition, asthma is a chronic respiratory disease accompanied by inflammation of the small bronchi accompanied by coughing, wheezing, and shortness of breath. Asthma patients are characterized by decreased lung function and increased airway hyperresponsiveness and response to bronchodilators.

However, even in children with rhinitis without asthma symptoms, it is important to make an effort to prevent permanent pulmonary dysfunction by detecting the occurrence of asthma early through regular lung function tests and treating it appropriately if the duration of rhinitis is long.

The Asthma Environmental Health Center measured lung function in 144 children and adolescents who visited outpatients with rhinitis symptoms and looked at risk factors for transition to asthma.

When the FEF25-75% was less than 65%, and patients with and without airflow restriction were divided into two groups, blood total allergy level, blood eosinophil count, and aerobic nitric oxide concentration were found in both groups. Although there was no difference, the duration of rhinitis in the patients with small bronchial airflow limitation was 5.39 years, and the duration of rhinitis in the patients without it was 3.14 years, showing a significant difference.

Even in patients with rhinitis without asthma symptoms, if the illness period is long, airflow limitation in small airways like asthma may occur, so regular lung function tests are necessary.