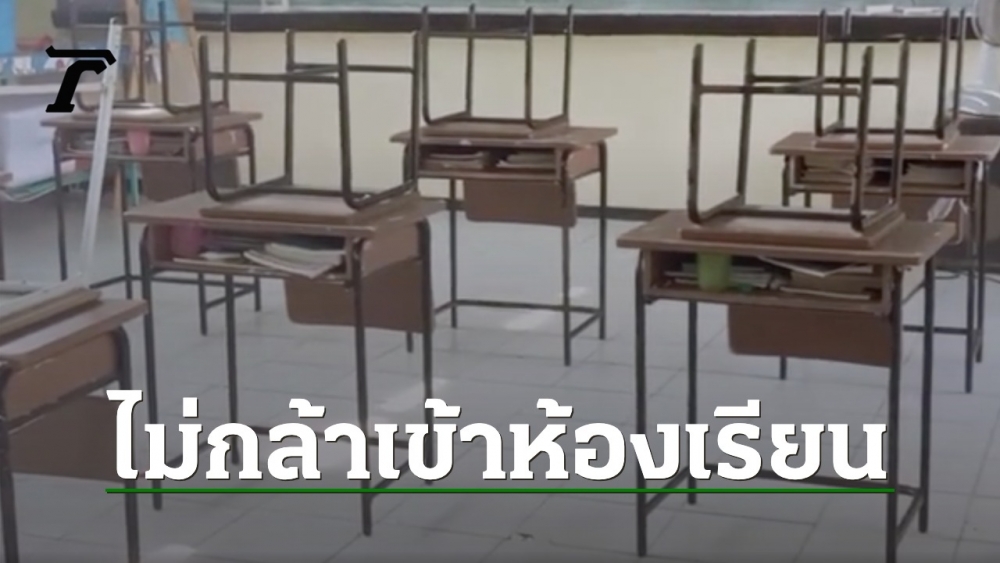 Progress, 4 girls, studying in grade 5, invited each other to swim in the 3.5 meter deep pool. Finally, all of them drowned. Found that the cause was a rubber hose that the children used to tie and hold each other back into the water, falling off while friends not yet dared to enter the classroom

On May 31, 2022, reporters reported that from the case of Natthamon Yeram, 11 years old, Chananporn Chompoo, 11 years old, Supawadee Nongphon, 11 years old. and Panthita Khailee, 11 years old, all of them are grade 5 students at Ban Nam Om School, Nam Om Subdistrict, Kaset Wisai District, Roi Et Province, who after school ended on the evening of May 30 In the past, the 4 girls and their classmates, including 9 people, had invited them to play in the water to cool down. at Nong Airport Pool Village public swamp The southeast side of the village by using a rubber hose tied to the waterfront pavilion and holding on back into the water Before the accident, the rubber band that was tied to it was loose. causing a mistake to fall into the water depth of about 3.5 meters and pulling back the children Five fell together, but the other one who was at the top of the sea scrambled out of the water, but the other four did not survive and drowned at the same time. Before the monks and villagers near the scene came to help stoop the body out of the water to provide first aid. but can’t save his life All four died at the same time.

Recently, reporters traveled to Ban Nam Om School. and the house where the bodies of the four unfortunate girls are located. The pilgrimage is at the homes of each of the people in the same village. is the water house The atmosphere at Ban Nam Om School this morning was filled with sadness. The classroom that used to be empty, students in grade 5 still do not dare to enter the classroom by Mr. Wisan Niwassiripong The school director asked the students who were involved in the incident and said he felt sorry for the incident. In the past, the school has continuously emphasized on water safety for students. Both training in front of the flagpole and training in each room of the caretaker teacher And this incident happened after school time. which the children made an appointment to go to play in the water After having been there once last Sunday But this time, it was unfortunate because the rubber hose used to replace the rope tied to the waterfront arch was loose, causing the child to fall into the deep water. Everyone would like to express their condolences to the parents here as well, and the incident was because the child may be ignorant. which the school will give more emphasis

On the side of Phra Maha Somsri Tikkapanyo, the abbot of Wat Ban Nam Om and Wat Pa Ban Nam Om. Which in the incident said that while working inside the temple, a child ran to say that his friend was drowning. Hearing this, he hurried to bring 4 monks at the temple and Mr. Somphop Boonthep, a villager who came to help with the temple work. They immediately ran to the swamp. When the child points to the point where his friend has sunk and immediately fell into the water Got up first one body, then a nearby villager came down to help until everyone was able to reach the same time. which when all the bodies of the unfortunate girls were brought out of the water, and then hurried to give first aid But in the end, he couldn’t save his life.

For the atmosphere at the funeral at Panthita Khailee’s house, the administrators of the teachers and students also went to light incense to pay respects to the funeral and express their condolences. Mrs. Praphan Khailee, the mother of the girl Pantita, said that there was no omen for any reason. But notice that the daughter is more cheerful and fresh-faced than ever before. but was not indifferent

As for the atmosphere at the funeral of Dr. Supawadee Nongphon, Mrs. Subin Kuna, her mother, who worked at a factory in Prachinburi province, said that the night before the incident He was lying in his room. Suddenly the door latch came loose and the door to the room opened. He felt indifferent, but did not think that something bad would happen to his daughter. Until yesterday evening, the son called to say that his daughter was poor. I would like to tell my child’s soul to be an angel in heaven. Born in any country, let’s join as a mother and child again.

On the side of Ms. Sasithon Chompoo, the mother of Ms. Chananporn Chompoo, who had her mother raising her children at home As for myself, I went to work at a factory in Nakhon Ratchasima province, saying that yesterday before the incident, I felt especially missing my child. to call, but wait for the moment to finish work but had to receive a phone call with bad news from relatives saying that the child was drowning instead

At the funeral, Natthamon Yeram, Mrs. Wanpen Chaichanrom, her aunt who has been raising her since childhood. Because the child’s mother and father are separated from each other, they go to make a living. So he brought his grandchildren to raise them, revealing that before the incident, there was a hunch that the grandchildren would wake up 3 days earlier than usual, saying they couldn’t sleep. Which usually wakes up at 7 am every day, but 3 days ago, my grandson would wake up at 5 am and get dressed and prepare for school. And in addition, during the past 3 days, there will be dogs barking in the area of ​​the house in groups. and will howl in the ground floor bedroom area where the granddaughter lies which he was surprised as to why other places had it therefore had to bark in this area until the grandson drowned I want to say that I love you always and will always love you.

The bodies of the four girls will be cremated on Thursday, June 2, 2022, where the funeral will be dispersed in different temples. Then the bones will be put together and make merit and dedicate the merit to them. The reason why they brought merit together is because the 4 children are very close friends. So relatives would like to make merit for him one last time together.

As for the assistance, initially there will be money for the school’s group accident insurance, will receive compensation of approximately 60,000 baht per person, and another amount of assistance from the OBEC and the Office of the Roi Et Elementary Education Area 2

Exercise-induced asthma: treatment and how to continue training