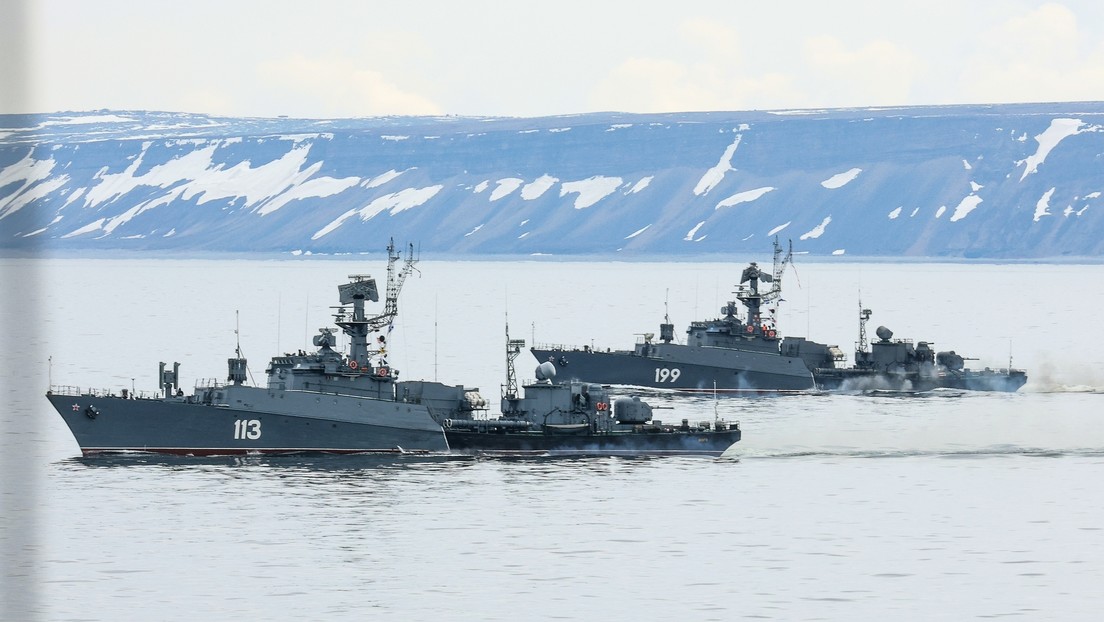 More than 20 Russian warships and submarines have gone to sea to participate in exercises in which they will be supported by anti-submarine aircraft and coastal units.

Russia’s Northern Fleet began large-scale exercises on Monday called to protect Russia’s borders in the Arctic, informs the press service of the Navy.

The exercises of the Russian Navy are carried out in parallel to the Arctic Challenge 2021 aerial maneuvers, which began on the eve in northern Europe with the participation of NATO countries.

These are two-sided combat drills in the course of which the Northern Fleet organized three groups of anti-submarine ships, made up of 20 surface ships and submarines.

At certain stages of the exercise, these ship search and strike groupings will interact with the Northern Fleet antisubmarine aviation.

“The anti-submarine aircraft will carry out various missions from coastal bases, while the Ka-27 naval anti-submarine helicopters will take over the search for submarines, taking off from the deck of the large anti-submarine ship Severomorsk”, reza the notice.

“The groups of search and attack vessels are opposed to the submarines of the Northern Fleet, whose crews are tasked with approaching undetected at the distance of the torpedo launch and launching an attack on the naval grouping of the simulated enemy”, Held.

Arctic Challenge drills are held once every two years under the auspices of the Nordic Defense Cooperation (NORDEFCO), established in November 2009 by Denmark, Iceland and Norway (all NATO members), as well as by Finland and Sweden.

This year’s Arctic Challenge, which started on June 7 and will last until June 18, is hosted by Sweden, Norway and Finland.

In addition to the three host countries, the air forces of Great Britain, Germany, Denmark, the Netherlands and the United States participate in the drill.

The planes operate from four air bases: Bodo and Erland in Norway, Lulea in Sweden and Rovaniemi in Finland.