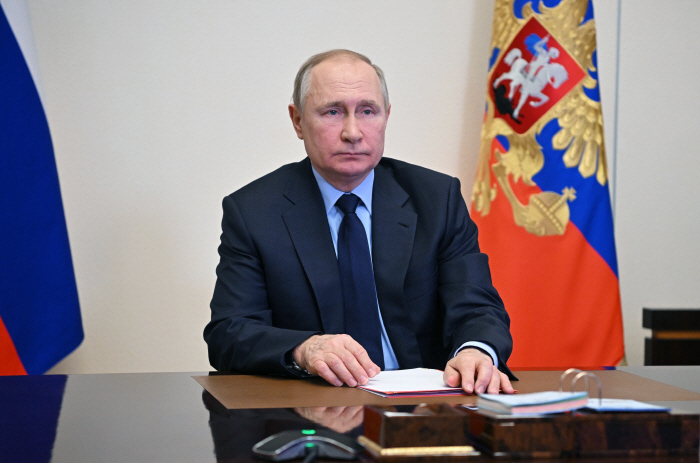 Rumors about the health of Russian President Vladimir Putin have resurfaced and the war in Ukraine is said to be at a critical crossroads.

On the 14th (local time), the American magazine New Lines obtained and reported the recording of a conversation between an anonymous Russian oligarch (an emerging conglomerate) and an American venture investor.

According to reports, Putin was very ill with blood cancer and underwent surgery shortly before the invasion of Ukraine. This oligarch, dissatisfied with the economic situation, said that Putin was crazy. This report is also reported by foreign media such as The Times and other foreign media.

Russia’s emerging conglomerate said, “One crazy person turned the world upside down. It completely ruined the global economy.” “The problems are all in President Putin’s head. I hope you die of it,” he said.

The Times reported that Putin had been hospitalized for blood cancer, and that Putin’s hospitalization was a major variable in the Russian-Ukraine war.

The day before, Kirillo Budanov, head of Ukraine’s Defense Intelligence Agency, said in an interview with Sky News that Putin was in a serious condition of cancer.

“A coup d’état to get rid of Putin is already underway, and the war will reach a turning point in mid-August,” Budanov said.

Earlier, in April, when President Putin was revealed to the public, a sign of some discomfort was caught, and theories of health abnormalities were raised. Putin was seen squatting, with a somewhat rigid expression on his face, holding the corner of the table in front of him with his right hand.

As a result, speculation arose that the health of Putin, who is about to celebrate his 70th birthday in October this year, may have arisen. In addition, President Putin recently did not participate in the ice hockey match he participated in every year, instead using a video message.