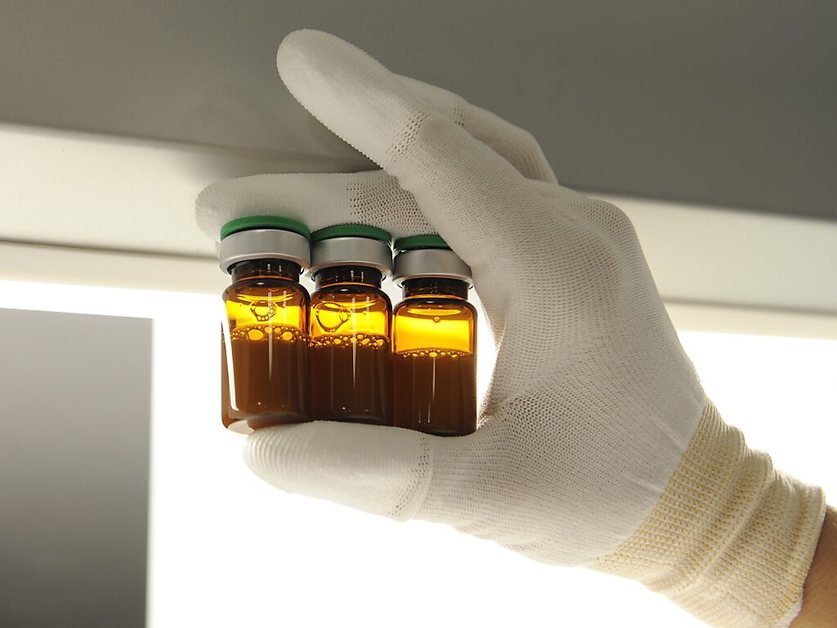 That’s it, Sanofi is holding its anti-Covid vaccine: almost a year late, the French laboratory is recording positive results. It must now find its place against well-established competitors and the Omicron variant, which is partly reluctant to vaccines.

This new vaccine, developed by Sanofi with the British GSK, demonstrates “efficacy data (which) are comparable to recent clinical data obtained with authorized vaccines”, said Wednesday in a press release Thomas Triomphe, head of vaccines within from the French giant.

Sanofi has finally announced the results of large-scale trials for its anti-Covid vaccine project, the last step before possible marketing.

They are rather positive according to Sanofi and GSK who, as is the rule, communicate immediately without making public the studies on which these results are based.

These trials, carried out on thousands of people, would indicate that the vaccine makes it possible to systematically avoid hospitalizations linked to Covid. It would, moreover, be a little more than 50% effective in preventing any contamination with symptoms.

The two groups therefore intend to seek approval of the vaccine from health authorities in the United States and the European Union (EU) soon.

Made without triumphalism, this announcement takes place nearly a year after the date initially hoped for by Sanofi. The Frenchman originally expected results before mid-2021 but suffered a six-month delay due to a dosage problem.

At the end of the year, he had to push back his schedule again, because he was having difficulty finding people who had never been infected with Covid, a necessity for conducting reliable trials.

These delays have left the field open to competitors of Sanofi, now at the heart of multiple vaccination campaigns, starting with the pioneer developed by the American Pfizer and the German BioNTech on the basis of messenger RNA technology.

This contrast has fueled heated controversy in France over the inability of national research to develop an anti-Covid vaccine, also highlighted by the announcement of a failure of the Pasteur Institute in early 2021.

Specialists in the pharmaceutical sector are themselves more lenient towards Sanofi, whose title has hardly suffered on the stock market from these controversies and still took nearly 1.5% on Wednesday at midday.

Admittedly, the Sanofi vaccine, assuming that it is approved by the authorities, will arrive on the market much later than its competitors and in a context already disturbed by the Omicron variant.

This variant is partially resistant to all vaccines, including that of Sanofi which, as evidenced by the figures published by the group, only partially limits the risk of infection.

But if the vaccine thus loses interest on a collective level, to avoid the transmission of the virus, it appears very effective against serious forms and can therefore find its place in vaccination campaigns.

As such, certain health authorities, particularly French ones, like Sanofi and GSK themselves, are more or less avowed betting: that this newcomer will seduce people who did not want to receive a vaccine based on messenger RNA. distrust of this highly innovative technology.

The Sanofi and GSK vaccine is based on a more traditional technology, that of the recombinant protein, as well as that of the American Novavax, about to be introduced in France.

It is “a well-established technology that has been used extensively in previous vaccines against other viral infections” including seasonal flu, said Roger Connor, head of vaccines at GSK, in the press release.

Messenger RNA vaccines, a track that Sanofi had also explored before giving up, however, appear very safe, more than a year after the start of vaccination campaigns.

Outside the niche of skeptics never vaccinated, Sanofi, to which the European Union had already pre-ordered many doses of vaccines, also intends to find its place in the recall campaigns.

Finally, some analysts point out that many countries, especially developing ones, do not yet have high vaccination rates, potentially leaving markets for Sanofi and GSK.