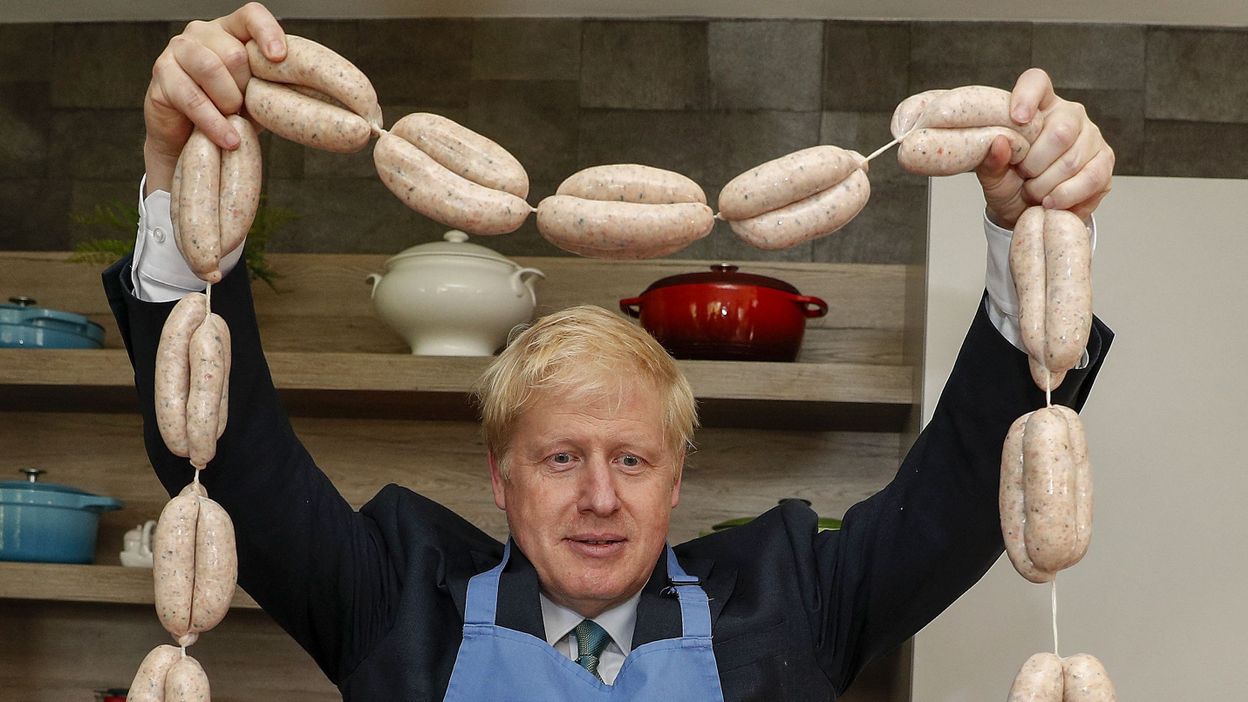 We could laugh about it, but the matter is serious. Relations between London and Brussels are burnt. The “frozen meat” dossier could remain on their stomachs.

The Brexit deal has specific provisions for Northern Ireland. These provisions have been in effect since January 1.

The British province of Northern Ireland can remain in the single market and the European customs union for goods, but customs checks on goods arriving in this province are carried out from Great Britain.

The aim is to prevent a physical border between this portion of British land and the Republic of Ireland (a member of the EU) from being reactivated. It is obviously a question of preserving the peace concluded in 1998 with the agreement of Good Friday, after 30 years of bloody conflict (3500 dead) between the Unionists (mainly Protestants) favorable to the maintenance under the British crown and the Republicans (mainly Catholic ) for the reunification of the island.

When agreeing and to avoid shortages in supply chains in Northern Ireland, a six-month reprieve had been granted to prepared raw meat products from Great Britain. A real breath of fresh air for the North Irish supermarkets, largely dependent on the rest of the United Kingdom and who feared having to close outlets if no compromise was found.

This grace period ends on June 30. Logically, after this date, EU health controls will apply. Except that London is now considering extending this exemption for chilled meat, just to guarantee the imports of the famous British sausages on North Irish soil!

To calm things down

This announcement is simply intended to calm the anger of Unionists. These latter denounce the de facto introduction of a border in the Irish Sea, within the United Kingdom. Violence had also erupted at the beginning of April to denounce these rules, the fear of new excesses this summer is therefore real (It is in summer that the Orange marches commemorate the Protestant domination over the province).

Faced with the discontent of the Unionists, the British government had already unilaterally postponed the adaptation period for certain controls, in particular for the food industry. This decision prompted the European Commission to initiate infringement proceedings against the United Kingdom.

“There is absolutely no reason to prevent chilled meat from being sold in Northern Ireland and any ban would be contrary to the objectives of the Protocol and the interests of the people of Northern Ireland”, British Prime Minister Boris Johnson’s spokesman said. He stressed that London wanted to find an urgent “and” consensual “solution. “We did not expect the EU to take such a purist position in the application of the text“, he added.

The Vice-President of the European Commission, Maros Sefcovic, spoke for several hours with the British Minister responsible for Brexit, David Frost. “There was no progress. There was no break up either and we will continue to discuss“, did he declare.

Facing Parliament on Wednesday, Boris Johnson explained that his priority was to give “The people of Northern Ireland have free and uninterrupted access to goods and services throughout the UK” and to “protect territorial and economic integrity” from the country.

On the menu for Joe Biden’s visit

Tensions around Northern Ireland will be on the menu of discussions between Joe Biden (of Irish origin and proud of it) and Boris Johnson. The two men meet this Thursday before the summit of heads of state and government of the G7.

The American president has already warned that the absence of a solution would risk compromising the chances of success of the free trade agreement between the two countries, which Boris Johnson is ardently seeking.