Archydearchyde.com
News “The scenes of‘ The Irish ’that rejuvenate me extend...
News 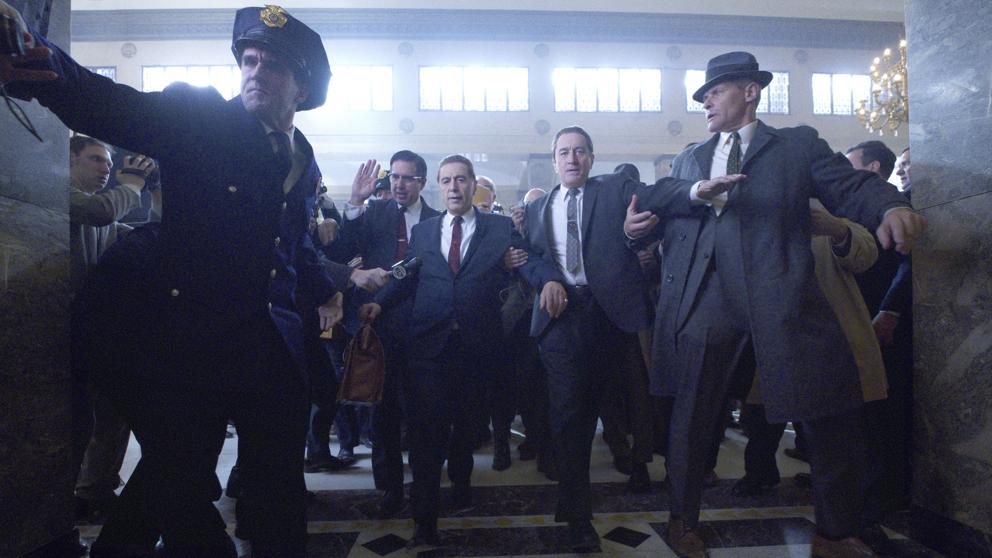 In the same way that he is a teacher when it comes to saying parliaments become his character, Robert De Niro He has never stood out for his ability to expand in interviews. However, this time who everyone knows as Bob is in exceptional good humor, and incredibly, gives long and detailed answers. Is that to achieve that the Irish becoming reality has been an arduous task, which many times was about to get nowhere. But the story that brings it together with Scorsese With almost four hours and a cost close to 140 million euros is a reality.


The truth of the story

How would you describe your relationship with Martin Scorsese?

Marty and I have been fortunate to work together many times. But I always say that the special relationship we share is not just with me, because he is the same with everyone. Always open to listen to ideas. And that makes you feel very good, because the more confidence you have in a director, the more willing you will be to try things.

Could you describe how the experience is on the set with him?

It is as important as the result. With Scorsese you know that it will be something special, specific and unique. My father was a painter and everything he did was unique and special, he did it for a reason, and with Marty it's the same.

The FBI believes that the theory that Frank Sheeran was the one who killed Jimmy Hoffa is quite unlikely. Do you mind when telling a story like this?

Not at all. I know there are many other theories, and the truth is that I don't know if what we have in Irish was exactly what happened. But it seems quite plausible. Until a better explanation appears, it is a story that holds. Personally, I think it is quite likely that this is how it happened. When reading the book on which the film is based, I saw that what the author poses makes a lot of sense.

He hasn't had many opportunities to work with Al Pacino, although they know quite a lot …

It is true. We have known each other since we were twenty-two and we have met many times to talk, especially since our situation changed and we felt that we could understand each other. As for working together, I remember that about 12 years ago we were in an avant premiere together, I don't remember if in London, Paris or in Spain, and the reception of the people was so beautiful that we told ourselves that we had to do something for the fans . And when we finished filming this movie two years ago, I reminded him.

What did he discover when he played the character when he was young?

It was an interesting experiment. At first we talked about other actors playing our characters as young people. But as the years went by and we grew old, the technology to rejuvenate improved. At one point, with Netflix financing the film, Marty decided to try it, with Pablo Helman in ILM determined to do it in the best possible way. We were all excited to be able to participate in the whole movie, even when we are very young.

Did you have to make any changes at the time of acting?

Sure. We had a movement coach, Gary Tacon, who told us if we moved too slowly. There was a scene in which I have to go down the stairs and logically I lowered them carefully. But Gary told me that I was 39, I had to jump down. I suddenly remembered how I did it when I was that age …

What did he think when he was rejuvenated in the movie?

I liked how it looked. I am happy with those scenes. I always joke that they have added 30 years to my career. Anyway it is interesting what can happen with this technology in the future, because it will continue to develop. Only God knows what they will be able to achieve in 10 years. But it's also worrisome. Maybe they propose to do something with my image, without me having to do anything. That is why it is important to protect that image, if you do not have the rights who knows what they can do, and even if I am not there, my family will always stay.

What do you think of the 9 movies you have done before with Marty?

I wonder: “Is that me there? And I think about the things that happened. Seeing Once Upon a Time in … Hollywood I had a cathartic experience regarding the Manson Clan. I was in Arkansas making a movie with Bruce Dern, Bloody Mom, when we read the newspaper. We could not believe it. It was brutal what they did to Sharon Tate and I felt that they did not receive their deserved.

Many people say that Joker is a tribute to Taxi Driver and the King of comedy. Do you share it?

Yes, Todd Phillips, he saw that connection. The film is very interesting and is an expression in its own right of the times we live, in the same way that I think Taxi Driver was at the time.

Which is not bad at all …

Many people think you can do anything. Do you see it that way?

No, it is not like that. I have limits. Obviously the genre to which the Irish belongs is my favorite. With Marty we have made some films about this world. Anyway, I still want to try other things. I have a project with David O. Russell that I can't talk too much about in which I have a character that is completely different from Frank Sheeran. It will require a lot of work, but I would like to try it, and if everything goes well I will have the opportunity to do it before I die.

Pain as 20.30 yesterday in Turkey, Erzincan, Erzurum, Van, Trabzon, Artvin, including mobile phone in some cities were thrilled...
Read more

FRANKFURT (Dow Jones) - The stock exchange in Europe continues to rise on Thursday afternoon. We are...
Read more

Hello everyone and welcome to this live dedicated to...
Read more
News

Is there anything sweeter than watching an energetic little...
Read more
News

Today’s news about the coronavirus