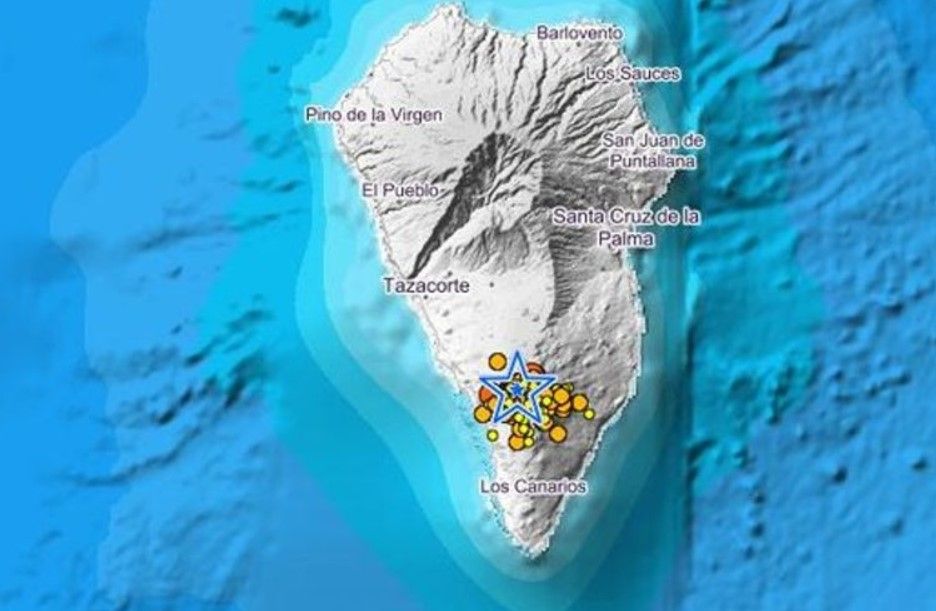 The management of the Canary Islands Volcanic Emergency Plan (Pevolca) has decided to raise the risk of Cumbre Vieja, on La Palma, to yellow, which implies the valuation of eruption preemergence. The Pevolca met this Monday morning in order to assess the seismic activity in the south of La Palma, which, since Sunday afternoon, has suffered an increase in both magnitude and frequency as well as a reduction in depth.

This Alert Plan has been activated for Fuencaliente, Los Llanos de Aridane, El Paso and Mazo and also the change of the traffic light from green to yellow for these municipalities.

Seismic swarms are common in that area, in fact, they have been recorded since 2017. It is not the first time that the Pevolca Scientific Committee has met to evaluate the recurrent seismic activity in the south of La Palma. They have done so since they recorded several events of this type in 2017 and in 2018 they met again to determine that the continuous swarms were caused by low-volume, deep-seated magmatic material. Nevertheless, Scientists believe that this time one of the most important events is happening since then on La Palma and probably also the most important since the Teneguía eruption in 1971, still present in the memory of La Palma despite almost half a century having passed.

As reported by the National Geographic Institute (IGN) The seismic series began at 3:18 a.m. last Saturday and has been continuing until 10:11 a.m. this Monday. Since then, 1,570 earthquakes have been detected in the southern part of the island of La Palma, of which a total of 343 have been located. It should be remembered that many earthquakes can be detected but locating them is somewhat more complicated.

Representatives of the National Geographic Institute (IGN), the Higher Council for Scientific Research (CSIC) have participated in the Scientific Committee, coordinated by the General Directorate of Security and Emergencies of the Government of the Canary Islands; Canary Islands Volcanological Institute (Involcan), State Meteorology Agency (AEMET), Spanish Institute of Oceanography (IEO) and the University of La Laguna, as well as the Ministry of