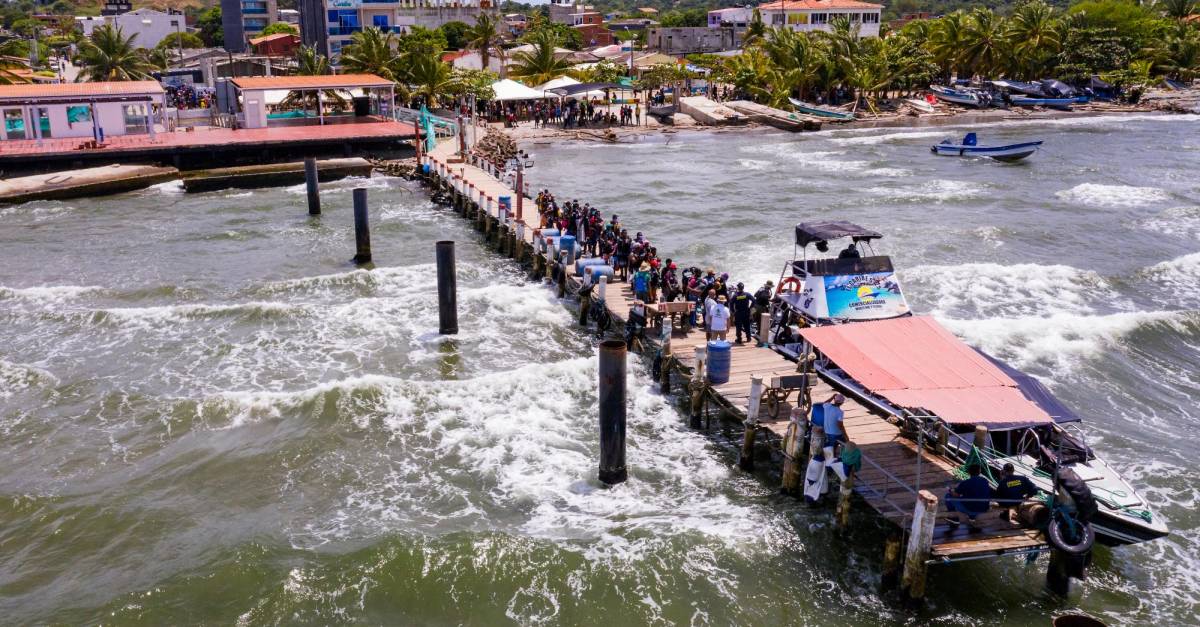 The National Navy reported that the search continues for six missing persons, who were shipwrecked in the illegal boat that transported migrants in the Urabá region.

As EL COLOMBIANO has been reporting, this Monday, October 11, a boat departed from the Antioquia municipality of Necoclí, with 30 foreigners, apparently without authorization. As it passed through the general area of ​​Cabo Tiburon, in the Chocoan town of Acandí, the ship capsized.

In principle they were rescued 21 people alive: 18 of Cuban nationality, two Haitians and one Venezuelan. Two Haitian women and a Cuban woman lost their lives.

In conjunction with Panamanian authorities and fishermen in the area, the Navy continues to search for three adults and three minors, among them a baby of arms.

“A coast patrol vessel, air-naval and coast guard units were deployed in the area, in order to establish the search and support the humanitarian assistance efforts of the shipwrecked, who were transported in an unauthorized boat for the transport of migrants” , informed the Institution.

There are currently about 22,000 migrants imprisoned in Urabá Antioqueño, due to the limitations imposed by the Panamanian Government for its passage to Central America, with its final destination to the United States. Many of them, desperate, are making trips of up to seven days through the Darien jungle, or they risk boarding boats that do not meet the legal requirements.