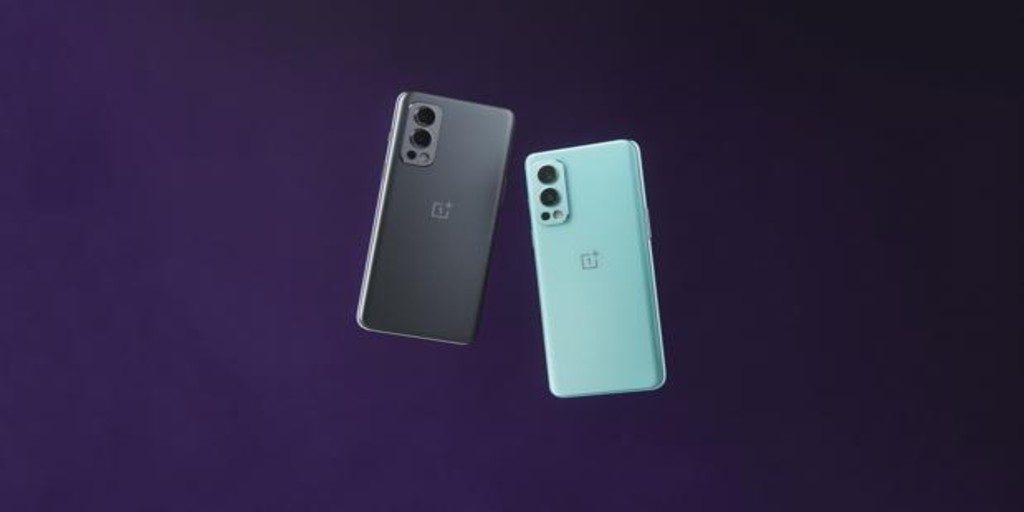 Less than a year ago, OnePlus presented its first terminal of the Nord family with a very clear intention: to offer its users ‘premium’ experiences in an accessible device at a low price. It was a solid bet, well received by consumers (the biggest success of OnePlus in Europe to date) and all the specialized critics They spared no praise for the new device. Not surprisingly, the terminal achieved that OnePlus sales in the old continent grew by 388% and revenues by 286% compared to the data of the first quarter of 2020.

Several versions were soon added to that first member of the new family, such as the Nord N10 or N100, even cheaper, or the more recent Nord 200 or Nord CE. Right now, the Nord family is responsible for 35% of the company’s revenue in Europe. The remaining 65% comes from its high-end terminals.

With this background, and with the same philosophy of ‘high performance mid-range’, now comes the second generation of the Nord. And it does so with a whole series of important novelties, both in the terminal’s own specifications and in its design and user experience. But let’s see.

The 6.43-inch Fluid AMOLED display, 90HZ refresh rate and HDR Plus technology, is flat and provides FHD + resolution. Correct and sufficient for a mid-range. Both in front and behind, the terminal is protected with the Gorilla Glass 5.0 system against bumps and scratches. Of course, this is a 5G phone.

However, it is interesting that the processor, which we will talk about later, is capable of convert standard quality content to HDR, significantly improving the color and, in certain applications, also the resolution. Something very useful, for example, in some content on YouTube, Snapchat or Instagram, where a video with a resolution of only 400p is automatically passed on the Nord 2 to 720 or 1080p. According to the manufacturer, an upcoming update will allow the same in more applications.

In terms of photography, the new terminal significantly improves the previous version. It has a triple rear camera, with a Sony IMX766 main sensor 50-megapixel with optical stabilizer (the same one that incorporates the high-end terminals of the firm), which is capable of capturing up to 56% more light than the Sony IMX586 that equipped the first Nord. It is accompanied by an 8 megapixel wide angle and a field of view of 119.7 degrees, and a 2 megapixel monochrome lens that reinforces the action of the other two cameras, increasing their contrast and definition.

The front camera, for its part, with its 32 megapixels and its Sony IMX615 sensor, is the most powerful selfie camera of all that OnePlus has incorporated Until now. The new Group Photography 2.0 function of the front camera can detect up to five faces at once, and automatically optimizes aspects ranging from skin tone to facial details of subjects.

Thanks again to the processor, a series of Artificial Intelligence algorithms automatically improve each of the photos what we do. The system, in effect, is capable of testing up to 22 different types of scenes, comparing them with what the lenses are focusing on and thus improving both the contrast and the brightness of the final photograph. In addition, the AI ​​is especially useful in the Night Portrait Mode, both in the rear cameras and in the front, achieving in both cases bright and colorful portraits even in the worst lighting conditions.

Among other possibilities, we find a special filter that also allows us to take black and white photographs in which only the parts that we want appear in color.

As for the video, also with optical stabilizer, the new Nord 2 5G can record in 4K quality at a rate of 30 fps (images per second). As with photos, in video mode the AI ​​will also improve, in real time, the brightness, color and contrast of our recordings. Of course, it has a dual recording system, thanks to which we can record videos at the same time with the rear cameras and the selfie camera. In Pro mode, OnePlus allows, for the first time on its terminals, to manually modify all video parameters, just as Pro mode does in photography.

New processor: from Qualcomm to MediaTek

On this occasion, OnePlus has decided to change its chip supplier, and has chosen for its new terminal a MediaTek Dimensity 1200-AI. Of course, personalized according to the specifications of the firm itself. Recall that in the previous model, the processor was a Qualcomm Snapdragon 765.

According to the company, the new chip, manufactured with 6 nanometer technology, is “much superior to the previous one” and allows all the Artificial Intelligence functions applied to photography that we have referred to so far. In addition, its higher performance significantly improves the experience when playing games, for which it has four different display filters.

And we move on to the battery, another of the ‘Achilles heels’ of many of the smartphones on the market. In this case, OnePlus has equipped its new Nord 2 5G with a 4,500 milliamp dual cell battery, which is accompanied by an impressive 65W Warp Charge charger. In practice, this means that the battery can go from 0 to 100 in just 30 minutes, and that in half that time (15 minutes), we will get the level to rise up to 70%, more than enough for a whole day of use.

A specially dedicated chip in the cable controls the temperature of the mobile at all times during the charging process. And yes, the 65W charger comes standard, and it’s included in the box.

The new terminal arrives equipped with the new Oxygen 11.3 operating system, which includes new device control and customization features. It is the first phone of the brand with that update.

Among other details, the Nord 2 5G has dual speakers 2.0, Dual Sim 5G (that is, we can have two 5G SIM cards at the same time). OnePlus guarantees that the terminal will receive the next two big Android updates without problem, as well as all the security updates that are released during the next three years.

The Asian firm took the opportunity to also present its new OnePlus Buds Pro, its first adaptive noise canceling smart headphones. With an improved battery and excellent call quality, the new wireless headphones inaugurate, together with the company’s first television presented in 2019, what will be a whole series of connected devices. OnePlus, then, wants to have, like other brands, its own ecosystem.

The new headphones effectively eliminate ambient noise or background conversations, and adjust the noise cancellation level automatically, a significant difference from other headsets, which only have fixed cancellation levels.

Each earphone has three microphones that, together, are capable of filtering out any noise down to a level of 40 decibels. The OnePlus Audio ID system develops, for each user, a different sound profile. Its two 11mm drivers and Dolby Atmos compatibility guarantee, according to the firm, powerful bass and crystal clear voices.

The pateria, meanwhile, promises up to 38 hours of autonomy (with the charging case), and up to 10 extra hours of playback with only 10 minutes on the charger.

The OnePlus Buds Pro will go on sale starting next August 25 at a price of 149 euros, both on Amazon and on the company’s own website.