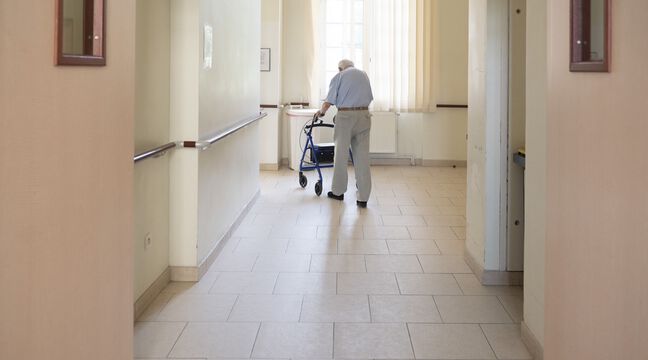 The loneliness suffered by the sick and elderly or disabled in institutions during the coronavirus crisis has left its mark … But perhaps also gave birth to a new law so that this does not happen again. The Senate dominated by the right-wing opposition adopted on Tuesday at first reading a proposal aimed at establishing “a real right of visit” for people in nursing homes. Initiated by the leader of senators LR Bruno Retailleau, the text was voted unanimously by 318 votes in favor and 27 abstentions, including the majority RDPI group En Marche, but it was not supported by the government.

The bill intends to explicitly enshrine in the public health code the right of patients to receive visits and specify their limits. It would be up to the head doctor to assess whether it could constitute “a threat to health”. For Bruno Retailleau, it is a question of erecting “a kind of rampart against a cold bureaucratic mechanism”. The text also makes the right to visit “unconditional” for people at the end of their life.

The pandemic revealed “a lack of humanity”

“We do not want to put anyone on trial, but we want to learn the lessons of this pandemic,” said Bruno Retailleau, for whom “the worst of all failures” revealed by the Covid-19 pandemic, ” it is a lack of humanity ”. “A terrible tragedy has taken place for people at the end of their life,” he stressed.

“We must not allow a form of sanitary hygiene to untie the links between people,” said the boss of senators LR. “Mourning without contact or without a face is as painful as mourning without a body,” added centrist Jocelyne Guidez.

Improve “the rights of patients and accompanying persons”

The Minister in charge of Autonomy Brigitte Bourguignon argued that “the right of access is already a legislative principle”, but that “to make an enforceable right would not be realistic”. “The right exists, it is now up to us to grant everyone’s freedoms with everyone’s freedom,” she said. “This text does not solve everything (…) but it goes beyond political divisions while improving the rights of patients and accompanying persons,” said Laurence Cohen (majority communist CRCE).

While Véronique Guillotin (RDSE majority En Marche) affirmed that the visits “must be treated as an ethical question”, the ecologist Raymonde Poncet Monge retorted that “formalizing the law is never useless in an ethical debate”.